Is Illegal Immigration the Issue for 2016?

It's no big secret that there has been several high profile murders committed by illegal immigrants recently (though you wouldn't necessarily know it by the absence of reporting by the corporate media, although up to 30% of murders are committed by illegal aliens in some states. It's not like murdering innocent people stacks up to more important news like the Confederate flag or anything) Nevertheless, it has been GOP Presidential candidate Donald Trump who has been able to hold the subject which most candidates would like to avoid in the public spotlight. Obviously, this really shouldn't be all that difficult given that the majority (or strong plurality) of Americans have been demanding that Washington secure our southern border for the last 20 years; a demand which, despite the occasional lip service, has been ignored by both parties. Now it seems that all the presidential candidates, whether they want to or not, have to make illegal immigration part of their campaigns. Of course, I still expect the corporate media to soft soap the issue and under reported it as much as possible.

"The Donald", as you may know, has proposed completing a wall or other barrier to prevent individuals from sneaking across in violation of US and international laws respecting secure and safe borders. At the same time, he has suggested what most Americans have been saying for years; namely that if you want to come to America, great. This country can been a place of unique opportunities, however, don't make your first act criminal. Go through established channels and do it the right way. That way you don't have to be looking over your shoulder all the time. You don't have to be worried about be deported and losing your job, your home, and whatever else you've acquired. Most of all, if you do it the right way, you don't have to worry about be separated from your family (and all this garbage about how "unfair" it is to "breakup" families isn't the fault of heartless laws or officials. It's squarely the fault and responsibility of those who willingly chose to break the laws. It's like complaining that the court system breaks up families because someone robbed a store, got caught, and sent to jail).

State of Arizona a few years ago for attempting to codify and enforce existing federal laws; something they are well within the right as a sovereign state to do. Meanwhile, Obama instructed his (now former) Attorney General, Eric Holder, not to pursue illegals who don't have a violent criminal past. Many universities have misguidedly started offering illegals in-state tuition, regardless of where they are currently living plus access to no or low costs campus dorms, financial assistance and grants, assistance with books, meals, and so forth; perks many of legal residents aren't even able to obtain!

Other states have begun allowing illegal residents to obtain a driver's license (offering the tests in their native language instead of English), while a number of cities are refusing to enforce existing laws regarding the presence of illegals. Individuals and organizations (including a few religious institutions) have openly defied federal and state laws by assisting these individuals with housing, employment, and instructing them on how to bypass the legal system when it comes to obtaining social services---all paid for by taxpayers. Illegal immigrants may now enroll their children in public schools while receiving free textbooks, meals, shots and basic medical care, and language assistance translators (without the requirement that they learn English, which can be refused by their parents). Recently, a new campaign has been started to play down the need to learn English; citing it as a tool to breakup families and an attack on their culture. Boloney. The overwhelming majority of people came to this county with different traditions, religions, and speaking a different language. The difference is that they wanted to be Americans, and so they took the time to learn the language and adopt the traditions of this nation, and in doing so, added their traditions to the "melting pot" that made this nation prosper. Yes, many spoke their native languages at home or in church, and yet they yearned to show off their new skills in speaking "American". The only different is that many---perhaps the majority---don't want to become citizens. They want to created miniature imitation of their homeland here. They don't invest in the American Dream, but instead send their money back home, often for honorable reasons---to support their families because of the economic failures their homelands have become (in some cases it's so bad, that their own governments encourage their citizens to leave because they have failed their People as a nation).

The truly sad thing is that they are caught in a Catch-22. They come here to escape the poverty of their country, largely due to corruption and institutionalization of poverty bought on by a tradition created by the rich and powerful and re-enforced by the Catholic Church, the overwhelming majority religion in most cases, and thus a middle class capable of making social and economic change never truly developed. Yet, once here, then become ensnared in a similar system that exploits many of them. Many barely making a livable wage, while working in unsafe, dangerous, and unhealthy conditions, and living in garages, sheds, or under overpasses; all because they chose to come here illegally rather than do it the right way. Because they are here essentially as criminals and taught to fear the police, they believe there's not much they can do about it or turn to, and since they don't speak the language, who would understand anyway?

For the few who are able to evade the system for the time being, there is the constant fear of being caught and losing everything. Meanwhile, US Taxpayers end up footing the bill (as usual) to the tune of approximately $113 billion dollars every year; enough to house and feed nearly everyone of US citizens currently in need, not to mention provide medical care. So what do we do?
Trump's idea of building a wall is popular, though I'm not sure how practical. Putting US troops or National Guard on the border would certainly boost our presence, but what authority would they have? The US Border Patrol has already had minor clashes with the Mexican military escorting bands of illegals into the US and have been told to stand down and not engage (numerous local ranchers have been shot at and occasionally strafed by Mexican Police helicopters as cover fire for illegals crossing over). Whenever a border guard or ICE agent attempts to do their job, they're reprimanded (and more than a few have been killed, sometimes by the very weapons sold to the drug cartels by Attorney General Holder's botched and illegal "Fast and Furious" gun deal).

I think we do need to increase our presence along the border and US territorial waters. Military and Law Enforcement should intercept and aggressively deter any attempt to enter the US illegally. Any attempt at armed resistance should be met with armed force. No more putting our military and law enforcement officers in harm's way without adequate recourse. We must severely penalize all businesses, individuals, and non-profits (including churches) for their role in hiding, aiding, or employing illegals. Illegal immigration will continue to be a growing problem until we stop the demand. When the cost becomes too high, the demand will stop and employers will turn to Americans once again. Non-profits and churches are not above the law. They should be as strictly fined and lose their tax exempt status for multiple violations. 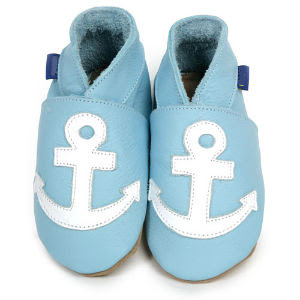 We must reevaluate the concept of "birthright citizenship" which is grossly being abused through so-called "anchor babies". This law was written for a different time and for different circumstances. Both parents should be either US citizen or have applied for citizenship at least one year prior to qualify. If accepted or denied, the result all equally. A common language is the thread which holds the fabric of a nation together. It's what binds us together. Therefore, English must become the official language of this nation. All government documents should be printed in English only (which would also save taxpayers money). By the way, no more of this "press one for English". If you want to hear a message in anything but English, you press the number! I refuse to ever press any button for English and I never miss an opportunity to leave a complaint with a supervisor or manager if that's a require option. Every illegal caught needs to be fingerprinted and a DNA sample taken. If caught a second time and matched, they are sent to Federal prison with increasing durations subsequent violations while their country of origin is billed for the costs of their upkeep or returned at their expense. If it costs us, it needs to cost them.

Meanwhile, instead of returning these individuals to the border where they can simply cross right over, I propose transporting them to the nearest consulate of their native origin. There's no sense for taxpayers paying to have them flown back home or having to

repeat the process a few hours later. Let the host consulate deal with the consequences and foot the bill. Lastly, I would make it known to every country involved that while all individuals are welcome, they must do so legally. Violation of US sovereignty will be dealt with harshly.

To many of these countries not only openly encourage and in some cases, aid these individuals, they claim that while they may enforce their national borders---often severely---the US has no such legal right to secure its borders in the same fashion. Finally, these same nations must do more to change their societies and economic systems in order to encourage their citizens to stay and become more prosperous instead of trying to push their problems on to someone else. That's not leadership. It's cowardice. Something that Americans experience firsthand from Washington.