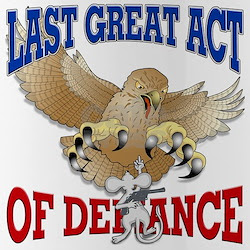 An apology should be my first order of business dear readers. You see, normally I try to write my articles on a regular basis, about twice a week, however, I'm slightly late. The reason you see, is that like many of you, I was mesmerized by the recent happenings in the news. Maybe "mesmerized" might not quite be the right word. It was more like that combination of terror and being awestruck. I guess the closest description I can give is what it must feel like for some field mouse watching a hawk swooping down on it with wings spread, talons outstretched, and having nowhere to run; its fascination and fear rolled into one.

To what I am speaking is, of course, this mass hysteria over the Confederate flag, which has now expanded to Confederate statues in state capitols, parks, and even cemeteries. There was almost an influx of air as individuals elected to represent the people rushed to remove the Southern Cross, as it's properly called, from every flag pole they could find. This was followed by retailers promising to remove anything which bore the vile image or any of the great leaders of the "Lost Cause" from their shelves. Hell, even Warner Brothers removed the Confederate flag from "The Dukes of Hazard's" bright orange "General Robert E. Lee", which, by the way, is no longer going to known as the "General Robert E. Lee". Now, there's talk about removing the remains of some of the greatest military and political leaders in American History---Nathan Bedford Forrest, Jefferson Davis, Thomas "Stonewall" Jackson and others---simply because they defended a cause they believed in, which ended 150 years ago (and this desecration includes their wife's graves too if they are buried in the same plot together). There is even some wanting to remove street signs and names of schools which bear the name of some long dead Confederate. Meanwhile, apparently a few "white haters" have started vandalizing Confederate statues and tombstones of fallen Confederate soldiers (I won't used the politically correct phrase, "tagging" since it implies some harmless fun, which this isn't).

Why I wondered? Why would there be so "much to ado about nothing"; this "tempest in a teapot" to borrow from Bill Shakespeare. It seems it all got started when some photographs appeared online of our most recent mass murder celebrity, Mr. Roof. It seems that there are two or three pictures of Mr. Dylann Roof, alone, holding a small Confederate battle flag. One picture, as I recall, taken on a beach, shows where he had written "88" in the sand---a referenced to the Hitler and Nazis used by white hate groups. Well, ok then. If this individual wants to be identified as Neo-Nazis or whatever, that's fine. I don't think there's any doubt that this was a hate crime to begin with and should be treated accordingly.

The Confederate flag---the "Southern Cross" if you will---is a part of American and Southern heritage, whether some like it or not. Yes, it has been used by hate groups and individuals, but so has the original 13 Star American and Gadsden flags, not to mention our current national flag. Should be ban them? If not, please tell me why. The American flag has flown over many acts of hated such as they attempt by the US Government to extinguish an entire population. I am, of course, referring to Native Americans. The government in Washington spent decades coming up with schemes to deprived Native Americans of their resources, then the lands, and finally, their lives. When those failed, they put them on reservations, and systematically stripped them of their traditions, their culture, and their languages. The fact that any still exist, let alone practice their religion or speak their original language is a testament to their tenacity as a Great People. What about the conquest of the Southwest and war with Mexico? What about the imprisonment of the Japanese and Germans in concentration camps during and after World War II? Care to talk about our treatment of Pacific Islanders after the war and the use of their native islands for nuclear bombing practice? I don't care how much you try, no group will be successful in whitewashing American history no matter how hard they try. There are still too many witnesses and descendents of witnesses.

Yes, some have been successful in convincing people that the War between the States was fought solely over the issue of slavery, but

no matter how hard people try, they will never be able to bury the truth. But because of hate groups, some have come to see the Confederate flag as a symbol of black hatred, but it's not. Nevertheless, let's talk about that for a moment. The war itself was fought over several issues, of which the two most important was the right of the state over that of the federal government in determining laws and over economics, where the industrial North sought to dominate the mostly agricultural South, which had depended on slavery and manual labor to compensate for its lack of industry. Slavery, however, was only a tiny fraction of the South's actual workforce. Less than 4% of the entire Southern population owned any slaves at all. Of that, around 1% was the stereotypical "Tara" plantation. Most slave owners worked side by side with their slaves (the average of which was three), and ate the same food. Living conditions were usually not that different between slave and master. Many Northerners, especially manufacturers, supported slavery because they had a business interest in it. As an aside, did you know that Confederate generals Robert E. Lee, Joseph Johnson, A.P. Hill, Fitzhugh Lee, and J.E.B. Stuart were not slaveholders? Or that approximately 80% of Confederate soldiers and sailors were not slave owners Or that Confederate President Davis said, after the war, that everyone knew slavery, as an institution, was doomed? Most thought it would be gone within 10 to 12 years.

Maybe you didn't know too that Lincoln originally did not oppose slavery as long as it held the Union together, or that he thought the races would never get along together and intended to propose returning freed slaves to Africa or to relocate them out West. The famous "Emancipation Proclamation, issued by Lincoln following the bloody battle of Gettysburg applied to states which had succeed from the Union and not to the slave states which remained. Why? Simple military strategy. Stalemate. Freeing the slaves meant there was no one to bring in the crops. Therefore, Southern soldiers were forced to leave to tend the fields to keep their families from starving. This improved the odds for the North of winning. So, with only 4% or less of the population owning slaves, do you really think that 96% of the, mostly poor, farmers and merchants, left everything to fight for the 4%? No, I don't either.

Speaking of symbols, in those pictures I mentioned, Mr. Roof was wearing a Gold's Gym t-shirt. Are you prepared to call Gold's Gym 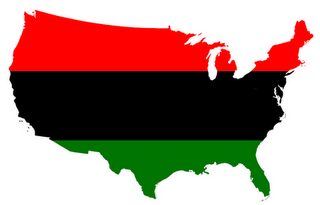 "racist"? Should we ban it too? I oppose all hate groups of all types---KKK, Neo-Nazis, La Raza, Nation of Islam and the New Black Panthers. I'm offended by what they do, what say preach, and, yes, by some of the items they wear. Shall we ban their flags and symbols too? After all, some of these groups openly admit to hating one race or another. The head of the New Black Panthers reportedly said that everyone whose ancestors owned slaves should be killed, while others think descendents of former slaves should receive compensation. Personally, I find this intriguing. Since slavery was introduced in America by the Spanish, Portuguese, English, and Dutch, are these included? What about Native Americans? Some owned slaves while others became slaves. Then there are the Irish, Scots, and Germans, who were kept as slaves (not serfs mind you) by the English. Of course, there the numerous free blacks who owned slaves. Should those who fought to free slaves get some sort of credit? By the way, how would account for those blacks who were never slaves or came here later? What about those who can prove multiple slave ancestry or those for whom there are no descendents? What about people of mixed race (70% of all US blacks have some white ancestry by the way)?

Maybe we should start at the beginning and go after those African tribes who captured and sold their fellow Africans to the white slave traders? Of course, we'll need to include the Arabs (who, along some African tribes, still carry on the practices today). If we really want to be back to basics, what about the Bible and Koran? Both condone slavery, not to mention, gender discrimination, mutilation, and enslavement, as well as ethnic and religious genocide. That ought to solve the problem don't you think?

By now, I think you'll agree to the absurdity to this flag matter. The issue was the cold blooded murder of nine individuals. Not a flag. Not a statue or headstone. Not even a t-shirt. So what happened? Who would benefit from all those racial distraction? Well, Obama and a bipartisan Congress passed the mostly super secret Trans Pacific Partnership (TPP), which, it appears, essentially surrenders US foreign trade policy to global corporate scrutiny and would allow corporations to sue nations over trade policies in international court if those policies negatively affect corporate profits or are too restrictive. Obama was also able to issue an new executive order in make it easier for illegal immigrates to enter and remain in the US. Obamacare (the Affordable Care Act), was reaffirmed by the Supreme Court, thus ensuring that it isn't going anywhere (with little resistance by the GOP). Oh yeah, and the Supreme Court made gay marriage the new land of the land (again with little reaction by the Republican Party). Hmm.

Now, you don't think this flag hubbub was actually to distract and misdirect the American People do you? Well, if you are, you'd be right. This is what Washington is good at, especially when it's trying to avoid any public outrage until after the fact and has an opportunity to prepare a cover story. Right on cue, all the Right and Left wing groups have come all out in force about how the fight was won but there's more to do, especially as the other side is trying to undo this recent victory or how the fight was lost due to unconstitutional low blows and with you on their side (along with a modest donation), the struggle can go on. How convenient. I wonder dear friends, how long the American People are going to continue to buy into these deceptions; this sleight-of-hand legislation? How much longer we will allow ourselves to pick from pre-determined "choices" handed down to us by Washington? When will realize that these divisions of the American People are both mostly artificial and intentional in order to keep us from uniting and focusing on the real "enemy"? When will we come together and make our own choices and take our own actions? I wonder.