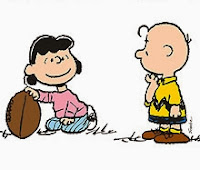 I don't think there's any doubt that Americans have little, if any faith, in Washington. We all sense it. It's almost like it's this big secret that everyone is in on. We know they're lying. They know we know they're lying, and we know they know that we know they're lying to us. Last year academics confirmed what we intuitively already knew, that the America of our youth; the America of our history books was gone. We couldn't quite pinpoint when it happened, but we knew that it had vanished. These same academics confirmed that America is now an oligarchy. What had been created "of the people, by the people, and for the people" was now a government which served the interests of basically the top 5%, which controls the overwhelming wealth of this country, but it was the top 1% which called the shots in Washington. What was in their interests was Washington's marching orders. The debates, speeches, and all the political one-up-man-ship is basically political theater, complete with manufactured crises, staged indignation, and poll induced sound bites, with the real fights being over turf and any remaining crumbs.

This March, a new study from Gallup seemed to hit home. The poll, which is from the week of March 5th, reported the government in Washington is the nation's number one problem at 18%, with the economy at 11%, and unemployment at 10%. Also making the list was illegal immigration and healthcare at 7% and terrorism and education tied at 6%. ISIS came in at 4%, which also tied with poverty/homelessness, national security, foreign policy, and race relations. Now think about that for just a moment. Of all that's happening in world---in Iraq or Syria, or the Crimea, or the riots in places like Ferguson, the lackluster economy, and climate change (which didn't even rank), Americans were more concerned about the dismal performance of Washington.

Part of this may relate back to America's transition from a democratic republic to an oligarchy, the widening income gap along with the disappearance of the Middle Class and accompanying decline of unions, the burden of Obamacare or illegal immigration. But I think it is also the longstanding frustration with both political parties and their monopoly on elections thanks to gerrymandering which all but guarantees the election of whichever political party controls that district, and the Citizens United misruling by the not so supreme Supreme Court which said corporations were more effectively more "human" than you or I and certainly had more rights when it came to financial input into elections which it erroneously defined as "free speech".

It's therefore, not too surprising that only 31% of those surveyed were happy with the current direction of the country (with 69% thinking we headed in the wrong direction), and yet Washington keeps chugging down the wrong track at full tilt. In the same vein, a slightly older Pew Research report from February 2014 indicated that only 24% of people trusted the government, or conversely, 76% didn't trust the government; almost mirroring the later Gallup poll.

What I found of particular note was that the last time the American People trusted the government in any significant degree was during the last year of the Kennedy Administration and early Johnson Presidency peaked at 77%, which is interesting given the events at the end of the Kennedy Administration (Bay of Pigs fiasco and the Cuban Missile Crisis, and then passage of the Civil Rights Act under Johnson). Even by January 1967, near the height of the Vietnam War, trust in US Government stood at 67%. Even with Watergate and Nixon's resignation, trust in Washington remained at 53%. However, by the time of Jimmy Carter, the Iranian hostage crisis and the subsequent botched rescue attempt, the oil crisis and flagging economy, the public's trust of the government dropped to a dismal 26%. In March, 1994 under Bill Clinton, trust in Washington dropped to 20% (bear in mind that trust in Washington is not the same a public approval of a given president). It wasn't until November 2001, under George W. Bush that we even came close to approaching a majority with 49%. From that point on, it's been all downhill.

Writing a weekly political blog, I came across another article which I thought was not only interesting from my perspective, but also ties into the public's distrust of Washington, and that's the public's distrust of corporate media. A Pew Research Report said that 19% of those polled get their news from sources they didn't trust, be it cable news, a news magazine, or news website. 26% self identified as conservative and 25% as mostly conservative. 14% of those who identified themselves as liberal said they didn't trust the source of their news, while 16% of those who leaned liberal made the statement. Finally, 78% said that trusted the source(s) they got news their news from. In short, those who leaned Right or were solidly conservative were least likely to trust their news source(s). This is consistent with most conservatives not trusting the corporate media--labeling it as biased whereas most liberals seems to generally accept what they're being told (silly lackeys). The source most trusted by conservatives was (naturally) Fox News while liberals were more diverse, with 15% favoring CNN, 13% NPR, 12% MSNBC, and 10% following the New York Times. Interestingly, 39% of the respondents reported neither trusting nor distrusting their news source(s), meaning perhaps that they took what they hear or read with a grain of salt and crosschecked the information with other sources. Finally, a Gallup poll from September 17, 2014 indicated that overall, 60% said they didn't believe the corporate media was "fully accurate" or "fair". Only 40% said that had a "fair amount" or greater trust in the accuracy or fairness of what they heard or read. 44% thought the media was "too liberal" compared to 19% which thought the media was "too conservative" with 34% reporting that the media's political balance was about right. So what does all this mean? I think that ultimately it means that we've lost faith in our traditional institutions, in this case, Washington and the news media. Most individuals reported confidence in their local governments and moderate trust in their State governments, so the closer to the individual the higher the level of trust. Perhaps that's not too surprising since the Founding Fathers intended for government to be as close to the people as possible with less and less power and control the further away government got. While the media is supposed to be unbiased and report the "just the facts", the key fact is that news is a business with advertisers and owners who have their own political agendas. It's a sad fact, but just 6 companies own 90% of the media. These companies control billions in revenue. That means the remaining 10% comes from independent and alternative new sites such as RT which is State sponsored or blogs like this one which has little in the way of a budget. The end result is that we have to search harder to find what passes for the truth, but it is out there. It requires us to be proactive and think outside the box. My wife sometimes laughs at me because I refuse to watch pre-game or post-games shows just as I won't watch pre and post political news reports. The reason is that I don't want or need an interpreter or filter with their own slant telling me what I'm going to see or hear and then what I just saw or heard. I can think for myself. I am fully capable of understanding whatever it is I'm listening to or watching.

Lastly, I think people need to question those in who are supposed to represent us often and sometimes loudly, and we should never ever except pat answers or refusals to fully answer our questions. I think the polling results reflect our frustration, maybe even our apathy, but we need to equally find ways to reflect our refusal to continue to accept things as they are. And it's the media's jobs to report the facts simply and objectively. I think we are fully capable of making our own informed decisions. That's one reason I routinely recommend people ignore the political "endorsements" of newspapers. It's not their job the manipulate the public's opinions and ultimately their votes. Just tell us where a given candidate stands on a issue. We can do the rest. So there you have it. Never blindly trust government or the media and always question often and loudly if necessary.

19% say they get their news for a source they distrust
http://www.pewresearch.org/fact-tank/2014/10/24/19-say-they-get-news-from-a-source-they-distrust/