Racism. There it is. A dirty six letter word that reeks of bigotry and hatred, and no individual and no group is immune to it. It can affect those who harbor it just as much as it can as those it's directed toward. I have no tolerance for it in any of its forms nor do I have any patience for listening to it or seeing it.

People of all races have been guilty of it and many, if not all, remain guilty of it whether they want to admit it or not. Some say that a minority can never get be accused of being racist; only a majority race can. Really? How does the size of one's race composition define the attitude toward another race, especially when racial sizes tend to vary? I am a white male. Am I a racist? No, of course not. But if one believes that's due, at least in part, to the fact that whites are the majority population in this country, bear in mind that white males are officially a minority according to the US Census Bureau. Therefore, I and my other fellow white males would fail to meet the criteria for a racist. In fact, over the next 10 to 15 years, whites in general will only be a large minority; essentially on par with Hispanics while blacks, now the third largest racial group, will drop further and will actually be fourth behind Asians in some locations. So, I guess that definition would make all of us racists wouldn't it?

As I see it, racism is not limited to one group or another or to the size or prominence of any racial group. Racism has been part of the human condition since we fell out of the trees on the African savanna. I have absolutely no doubt that there was some form of racism between Neanderthals, Denisovans, and Homo sapiens with taunts of "hair pullers" and "knuckle draggers". It may be that the larger or more powerful groups could act on its prejudices easier than others at certain times but obviously not exclusively. Racism is to me a dislike of someone or some group based on their difference in skin color and some assigned stereotypical appearance or behaviors. Yes, there are really differences between the races, not just physically, but intellectually, however, in both instances those differences tend to be minor. Racism exists because one group sees itself as superior which is, of course, nonsense. No one and no group excels at all things. Groups, like individuals, are better adapted at some things than others (with the most likely explanation having as much to do with environment and adaptability), but this isn't about human evolution or anthropology. This is about racism as it now exist in this country.

Over the past 10 or 20 so years, most people have come to accept that we have become "post-racial", and I think to a point that's been true. Certainly, we have mixed racial dating, not to mention mixed racial marriages and mixed racial children (in fact, multiple race children are not uncommon). Having friends, neighbors, co-workers of different races is so common places as not to even be noticed. Back in the early 1960's and earlier, it would have nearly been unheard of to have a black, or Asian, or even Hispanic supervisor (for that matter, even a female supervisor). Today, no one even notices. Once we would never have had an elected official who wasn't white (or even female). That's hard to even comprehend today isn't it? For that matter, we would never see a TV ad or show with a minority playing anything but a minor (and usually stereotypical part. I am reminded of the great hoofer, Bill "Bojangles" Robinson, who was considered by many, including Ginger Rogers, Gene Kelly, and Fred Astaire, as the greatest song and dance man ever to have graced the stage, yet he still had to use the backdoor to enter the set). Today, not only are blacks, but Asians and Hispanics on par with whites in every regard---employment, entertainment, politics, the military, but in many respects, elevated beyond whites. We have funds set up exclusively for blacks, Native Americans, Asians and Hispanics. We have not only TV and radio show aimed at racial audiences, we have entire media networks such as BET or Univision, as well hundreds of magazines, plus music and book genres within more "mainstream" multiracial venues like the Grammys, Miss America Pageant, and the Oscars, but also have their own stand alones like BET Music Awards, Miss Black America, Black Entrepreneur Awards, in addition to the Hispanic and Asian art and entertainment awards. There are law enforcement associations for blacks, Asians, and Hispanics, as well as social activist organizations such as NAACP and La Raza. Politically, we have Hispanic, Asian, and black caucuses and associations to focus on the issues of their specific racial constituents. There are even affirmative hiring laws on the books that give preference based on race rather than individual qualifications, plus loan and federal contract guarantees aimed at certain racial groups.

However, there are no such comparative organizations for whites (actually, I found over 100 organizations each dedicated to Asians, blacks and Hispanics. There was just one dedicated to whites (at least one not designated as a "hate" group by the Southern Poverty Law Institute). This was a "white only" scholarship fund providing $250 to qualified applicants. It was shut down in 2013. There are no white only awards, TV or radio shows let alone networks or stations. There are no white only college organizations or funding. There are no white only professional associations or musical or book genres, and there's most certainly no Miss White America or NAAWP. Therefore, if social participation and/or representation are the basis for determining racial profiling and thus racism, then whites fail to meet these guidelines. Still looking for "White Privilege"? I don't think you're going to find it. Nevertheless, of late we have seen the deaths of three individuals blamed on racism because the multiple races were involved. We've also seen looting (blatant theft) and the destruction of businesses, yet in most cases, it was individuals of the same race torching and robbing others of the same race, and yet again, there are charges of racism raised. What gives? 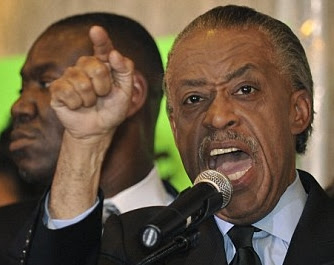 We've developed into a society where professional race baiters are held up as "respectable", "knowledgeable" or "experts" yet we've been conditioned not to challenge them lest we too be labeled "racist"; where one or more races are expected or encouraged by the corporate media, pressure groups and some politicians to feel "guilt" or "shameful" for something they never did or were responsible for. In reality, it seems these race baiters are good only at stirring up more problems than they feebly attempt to solve while making a few bucks off of it and walking away. Of late, we have had accusations of police violence and racism. In the case of Michael Brown, this "gentle giant" was locally known to be a bully and had just robbed a store through intimidation (the owner is Asian) before he attacked a white police officer and was killed. In New York, Eric Garner was forced to the ground through what appeared to be an illegal choke hold by a white officer. Garner had a rap sheet with some 30 arrests on it. He was no stranger to the cops or the situation. Investigation by the Grand Jury determined that the officer wasn't using a choke hold and that Garner died of heart attack. Finally, there was the case where a young black male, Tamir Rice, was playing with toy gun at a local Cleveland park. Police dispatch was advised (including the fact that gun appeared to be a toy), however dispatch failed to pass this critical piece of information on. The call was responded to by a rookie and a more experienced "observer". However, when in moments of arriving on the scene, the youth was dead; shot by the rookie officer. Investigation found that the rookie officer was not qualified to be on the force and had a more than questionable past with another police department which apparently wasn't evaluated. 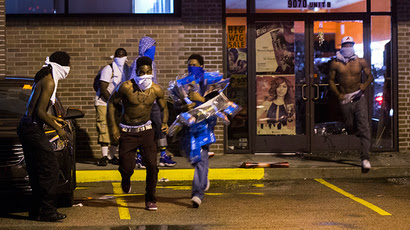 Three situations. Similar only in that it involved a white police officer and a black victim. Independent investigation into each (which included members of the victim's racial community) revealed three distinct outcomes. In the first (Brown), it was determined that the officer was justified in the use of deadly force. In the second (Garner), it was determined that while the officer didn't nothing specifically wrong. In the third case (Rice), the actions of that officer resulted in his dismissal and may likely (and should) result in prosecution. Personally, I agree with the outcome of the Brown and Rice cases, however, in Garner's case, it sure looked like a chokehold to me and I'm former military, and even if he had a lenghty rap sheet, that's still no reason to die.

Nevertheless, aside from racial happenstance here, there's nothing to indicate racism played a part, and yet we have protests, looting, an hostile environment directed at police officers and first responders---including the cold blooded murder to two officers in NYC; one was Asian and the other Hispanic (by the way, how many Asian or Hispanic protests has there been? Yelp, none. No white ones either---not even when OJ was acquitted). But that's not the end of it. We've had looting of malls by large groups of mostly black kids (though corporate media won't identify them as such), and just recently black youths harassing non-black diners with taunts and yelling. WTH? Enough of this stupidity. There has been no incidents of racism except those created by the corporate media for rating purposes and the powers that be whose sole aim is to keep America divided to the point where we'll demand martial law, and if that happens you'll find out who your real enemy has been all along.

The Actual Facts of the Eric Garner Case
http://www.breitbart.com/big-government/2014/12/03/actual-facts-eric-garner/