More Trouble on the Border 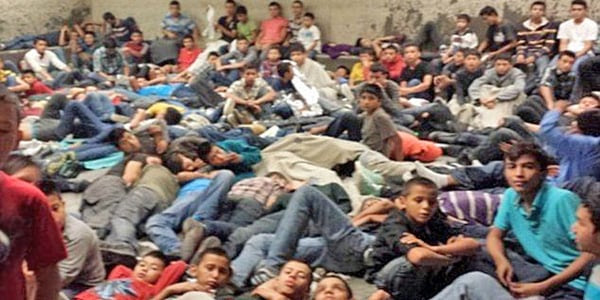 As I've said since the outset of this "humanitarian crisis" on our southern border, there's more here than meets the eye. There was simply no way 60,000 children from three different countries---El Salvador, Honduras, Guatemala---some with a parent but many not, simply decided all at once to show up on our border, with an estimate 40,000 more on the way. We were expected to believe they traveled the back roads of their respective countries, and then the entire length of Mexico alone, except with the aid of Mexican drug smugglers (at US $7000 at pop per child), and then enter the US with, at least, the tacit knowledge of the Mexican military who, on their own initiative, escorted these kids several miles into US territory and otherwise harassed US citizens. Seriously? There's no way that many parents would give up their children (not to mention where they got the money) and somebody somewhere doesn't know about it, and there's no way a movement of that size travels 1800 miles through Mexico unnoticed. Not these days. No way. No how.

Many of those who have been processed "promised" to report in at the nearest immigration office when they reached their alleged destination have vanished. Imagine that? Simply gone, and they "promised" too. Now how about that? So now, we have even more illegals floating around somewhere in our interior to go with the 12 million already here. In addition, individuals, mostly Hispanic, are showing up at several on these intake centers claiming to be a relative of child, however, some have turned out to be no relation at all. They were apparently just trying to get as many of the kidos through as possible. Meanwhile, the Honduran President, Juan Orlando Hernandez says the children have a "right" to come here and the US has a "humanitarian" obligation to treat them well. In addition, he states that until we reform our immigration policies to their liking, he will continue to send kids north. Now, we seem to be having a new problem---Mexican gangs.

It seems all this is simply too good of an opportunity to pass up, so Mexican gangs like the notorious MS-13 have been sending some of their younger members to our overwhelmed border in order not just to sneak through some of these "Baby Face Nelsons", but while they're waiting around to be processed, they're also busy trying to recruit some of these other kids! What a golden opportunity for the drug cartels. While previously, our border agents have been successful in catching and returning most of these bad guys, the shear overwhelming numbers makes for a good chance that some will slip through.

Gangs like MS-13, which is predominately Salvadorian, are already established in approximately 13 major US cities with branches scattered throughout the US including Washington DC, Boston, New York City, LA, Charlotte, and San Francisco. Most are heavily involved with drug smuggling, it doesn't stop there. Their activities include people smuggling (like these kids), kidnapping, extortion, prostitution, robbery, arms smuggling, and naturally, murder. In fact, it's the latter which has sealed their reputation and for which our police departments are ill trained and ill equipped, especially in many of the small towns and farming communities.

Already these gangs have proved to be far more ruthless in dealing with their competitors and were successful in eliminating Black gangs like the Bloods and Crips from Los Angeles/Orange County and other cities. Perhaps that's one of the reasons many police departments have been beefing up with military surplus weapons and equipment.

One thing is certain, they have absolutely no fear whatsoever of law enforcement, and for those who do wind up in prison, all are involved with some sort of internal criminal activities and gang recruitment (there has even been a few cases reported of correctional officers being successfully recruited as well). According to the President of El Salvador and the Honduran Security Minister, Oscar Alvarez, MS-13, with its estimated 70,000 members, has ties with Al-Qaeda. MS-13 isn't the only gang to contend with either. Others, like the Latin Kings and the 18th Street Gang, are just as vicious. As an aside, the FBI estimates that 47% of Hispanics are associated with a gang, compared to 34% of Blacks, 13% of Whites, and 6% of Asians.

With the failure of the Obama Regime and House Republicans, Americans are facing a unparallel domestic crisis. We have a human invasion from the south, supported not only by their respective governments, but also by the militarized drug cartels and at least the Mexican military and quite likely the Mexican government itself. All of which is supported by well intentioned but wrongheaded religious groups who believe they can violate national laws with impunity, and greedy unions and corporations looking for cheap exploitable labor, and finally, backed up by what I can only considered to be a treasonous government---both Democrat and Republican. So, what to do? Here's how I think the situation can be resolved.

I think this mostly about economics. First, you need to know that most of those coming here illegally, statistics have shown, have no interest in becoming US Citizens. They are here for a job. Some send part of the money home to support their extended families; some to help their families to come here illegally. They are also here to partake in the many "free" social services paid for by US taxpayers. They come here often with the support of churches and religious institutions under their supposed immunity. There are ample stories of some coming with the aid of the Mexican government (many with "how to" booklets), and even with an escort of Mexican troops. From there, they are assisted with housing, jobs, and how to obtain medical and other services "under the radar". These individuals manage to avoid most of the sweatshop type jobs, the pay and working conditions still aren't great.

Others, however, end up in almost unimaginable working and housing conditions; living in empty houses, barns, garages, etc with no running water, plumbing, or electricity. Sleeping on the floor using infested laden abandoned mattresses, sleeping bags, or maybe, if they're lucky, a blanket. These are the farm or factory laborers, or those who become "roofers" or "gardeners" for the day; basically, they take whatever job they can. Many too become involved with gangs like MS 13, which are already rampant throughout the US, and in US prisons.

The "knee jerk" reaction is to round them all up and put them on a bus back home. However, they'll likely be back a few days later. In many of their own countries, illegals go to prison; the first offense will get you 6 months to a year. A second offense will get you five years (and we all know how Mexican or other Latin American prisons stack up to US prisons).

Since the crime is economic, therefore, the solution need to be too. Mandatory use of E-Verify across the board. At present, only a tiny portion of employers use it. Second, very stiff fines for the first offense per single violation with suspension of licenses or permits for the second and higher fine, loss of their license or permit for a third and their ability to serve as a corporate officer or incorporator and jail time. All fines too should be non-dischargeable. If they employ farm hands, no government contracts or ability to sale product to any business with a government contract applies as well. Simply, you cut the demand out, and Economics 101 says when costs exceeds profit, then there is no demand, and no demand equals no supply. I want to add that this includes churches and religious institutions too and with their third offense, a loss of their tax exempt status. There is no immunity in a criminal act.

At the same time, no tax based services to illegals---no aid, no housing, no bus passes, no nothing. If they need medical care, go to a clinic. No automatic enrollment in public schools. No free translators. No taxpayers funded publications in any language but English. No street signs in any language but English. Make English officially our national language as quickly as possible. Reduce the amount of money that can be transferred out and raise the surcharge to do so.

Secure the border. Build a wall; barbed wire, moats, whatever. Station US reservist troops on the border in conjunction with US Border Agents. Use assets seized from drug cartels to fund ICE. Authorize troops and agents on the border to use deadly force instead of agents "withdrawing from the area". Instruct foreign countries to stop promoting illegal immigration and reduce foreign aid accordingly. Run commercials on foreign radio programs to warn about illegal entry into the US. Illegals picked up at the border or in country should be processed according to their nationality and dropped off at the nearest appropriate consulate's office to be returned home at their expense following a DNA swab test. We should then deduct the costs of processing from our foreign aid packages sent annually. Again, an economic solution to an economic problem. We currently send US $269.5 million to Mexico, US $58.2 million to Honduras, and US $41.8 to El Salvador for instance. I suspect that will get their undivided attention. 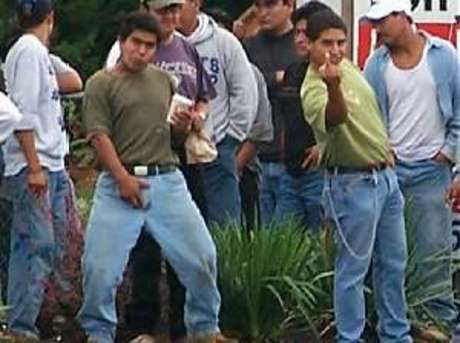 Until we force the spineless Congress and a incompetent President to act, our America will continue to vanish into something we soon will not recognize and would be ashamed to leave to our children and grandchildren. Meanwhile, it's up to us.

How Mexico's Cartels Are Behind the Border kid Crisis
http://www.thedailybeast.com/articles/2014/06/23/how-mexico-s-cartels-are-behind-the-border-kid-crisis.html