Earlier this month, President Joe Biden announced that starting on May 1st---"May Day"---U.S. troops will begin the process of withdrawing troops from Afghanistan.  The withdrawal of our approximately 2,500 troops is to officially end on September 11th, which marks the 20th anniversary of 9/11 and our involvement in Afghanistan.

Biden said in his speech that the U.S. "closely consulted" the pending exodus from Afghanistan with our allies in the region and most especially with Afghan's President, Ashrif Ghani. That's a polite way of saying "everyone grab what you can, we're out of here" and to President Ghani, it was a heads-up that he was on his own. It's time for him, his family, and cronies to start making arrangements to live elsewhere (which, as usual, also means to start opening a lot of foreign bank accounts).

America has been militarily engaged in Afghanistan longer than in any other place.  Our involvement in Europe and the Pacific during WWII was just three years.  In Korea, it was about three years too. The Vietnam War lasted 19 years. Then there were all the small "police actions" such as Granada, Panama, and so on. Those lasted anywhere from a few weeks to a few months.

Our presence in Afghanistan began in 2001, following the attacks on the Twin Towers in New York and the Pentagon in Arlington, Virginia, not to mention the downing of Flight 93 in a Pennsylvania field; the result of passengers and crew who took matters into their own hands rather than to allow themselves to be sacrificed by a few terrorists.

At the time, then President George W Bush promised the nation and the world that we would hunt down those who planned and helped carry out the cowardly attacks. It took time, and despite some duplicity by a supposed ally (Pakistan), we were ultimately able to track down Osama bin Laden, the (by then) nominal head of Al Qaeda, who was living in a windowless three story mansion in Abbottabad, Pakistan just 1400 yards from Pakistani Military Academy (their version of West Point). 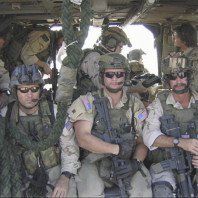 It took the U.S. Military and its allies ten years to corner bin Laden and just 40 minutes to dispatch bin Laden to whatever Hell awaited him thanks to the U.S. Navy's SEAL Team Six (officially known as "Task Force Blue" or NSW-DEVGRP, which is short for Naval Special Warfare Development Group). Along the way, before and since, the top leadership of Al Qaeda and its various hydra-like splinter groups have met the same fate.

Of course, we suffered too. Many members of the same Navy SEAL Team were ambushed in Afghanistan's Tangi Valley and killed a short 90 days later in what some intelligence experts believe was a setup by informers.  The attack killed 30 U.S. troops, including 15 members of SEAL Team Six, along with eight Afghanis.

On the other side of the bloody coin, almost 40,000 Afghan civilians have been killed since 2001. As for the Taliban, the exact number of dead or wounded can't be determined with any accuracy, but it's estimated to be between 67,000 and 72,000 killed and well over 100,000 wounded.

In terms of financial cost, against the price tag is hard to pin down due to overlapping accounting between allies, not to mention the use of quasi-private "contract security" forces (aka mercenary troops which are typically paid and supplied under the table by the CIA).  Nevertheless, best estimates put the cost of the war at right about one trillion dollars.

Of this one trillion or so dollars, about $88 billion has gone to rebuild the Afghani military and security forces. $36 billion has gone for governance costs as well as infrastructure and humanitarian aid.  There has been tens of millions more spent on "unreported" costs such as buying the loyalty of tribal and village leaders, funding poppy production, supplying of weaponry to various anti-Taliban militia, and so forth.   Of course, none of this includes the "reassignment" of U.S. military and non-military equipment over to non-government forces.

So, after 20 years, four presidents, and one trillion dollars, what have we gotten out of it? War is one of those endeavors which has plagued Mankind forever. Despite the belief of men like General George Patton, there is no glory in war. No one really ever wins except the arms dealers, industrialists, and the undertakers. Nevertheless, evil must be stopped wherever it's encountered.

We were told that the Taliban leadership refused to hand over bin Laden or any members of Al Qaeda. The truth, as we found out years later, was a little different. It seems they wanted hard proof that bin Laden was directly responsible. Perhaps it was just a matter of semantics, but nevertheless it provided the excuse to invade in what was called euphemistically "Operation Enduring Freedom". As a result, we found ourselves (not for the first time) facing two determined enemies.

Ultimately, we deposed the Taliban from power and installed a more cooperative "pro-Western" government (albeit, not exactly one known for not being easily corruptible). But, as the expression goes, "they may be sons of bitches, but they're our sons of bitches".  And, of course, we not only decimated the Taliban, we accomplished our professed objective of "bringing Osama to justice" (ie: kill) and nearly eradicated  Al Qaeda. 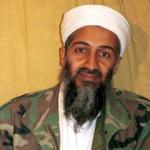 The cost to America and its allies was considered by those calling the shots as minimal, and it even came with an acceptable casualty rate. Not only was Osama removed, a pro-Western government was installed, and billions were made all around. We also gained accessed to Afghan's natural resources, which includes gold, copper, ore, chromium, lithium, as well as natural gas and oil.

As an aside, the attack on 9/11, also allowed the passage of the Patriot Act, which restricted various freedoms under the auspices of "national security" (many people have equated the Patriot Act with Hitler's 1933 Enabling Act), laying the groundwork for today's surveillance state.  A pleasant bonus for those who would become our ruling Oligarchy.

However, we must still address the additional ten years after the elimination of bin Laden. Were they worth it? After all, bin Laden and his top leadership were the primary objective weren't they? Could we have done it differently? Perhaps simply used our intelligence agencies and special forces to do a quick and dirty "find and seek" operation? After he was taken out, there really wasn't any reason to be in Afghanistan after that except for the fact that there was still a lot of money to be made.

Personally, I think we could have spent that one trillion dollars on other things like education, rebuilding our badly decaying infrastructure, care for seniors and veterans, shelter for the homeless and so forth. I agree with President Eisenhower, who once said, "Every gun that is made, every warship launched, every rocket fired, signifies in the final sense a theft from those who hunger and are not fed, those who are cold and are not clothed".

Of course, none of this includes those who will forever suffer from the "silent wounds" of what they experienced.   I also don't want to forget or minimized the 40,000 Afghani civilian lives lost or the hundreds of thousands wounded, injured or maimed; caught up a conflict not of their making.

As for the Taliban, they were remove from power while a Western puppet regime was put in its place. Perhaps that's not so bad if the Afghani people benefited, but they haven't, at least not in any long lasting way. The government of President Ashrif Ghani isn't long for this world. As soon as the U.S. and allied troops leave, the militant Islamists will be back in power, just as they were when the Soviets were forced out in 1989, leaving then President Karmel swinging in the breeze (he was replaced in 1986 by Mohammad Najibullah, who was murdered by the Taliban in 1996).

As an aside, it's worth noting that the Soviets spent over $800 million dollars during their involvement in Afghanistan, from 1979 to 1989, with a loss of 26,000 personnel (Afghanistan was the called "Soviet Russia's Vietnam"). Their Afghani allies lost 18,000 with an unknown number of insurgent dead and wounded. The Afghani people, as always, suffered the most with approximately 562,000 to 2 million dead and about 3 million wounded.

The reason I mention this is because as far as the Taliban and the remnant of Al Qaeda are concerned, they withstood the full onslaught of two of the most powerful nations on the planet and their allies; they defeated the USSR and the USA. Al Qaeda, though devastated, remains functionally intact. In fact, since 2001, dozens of similar radical Islamic terrorists groups like ISIS/ISIL, Boko Haram, and Abu Sayyuf have sprung throughout the Middle East, Africa, and Asia.

Women and young girls in Afghanistan can expect to return to a third class status with little or no educational opportunities, freedom of expression, child brides, sexual and political repression. It's a place where everyone has few freedoms or rights. Anyone who speaks out or resists is brutally punished. Such was rule under the Taliban in the past and will be again in the future.

As Alexander the Great learned over two thousand years ago, Afghanistan is not a country that's either easily conquered or controlled. Afghanistan will continue being Afghanistan as it has done for thousands of years, regardless of which empire currently dominates the rest of the world.

The Taliban will likely soon be back in charge while America's attention turns elsewhere. The only question is whether they will be more conciliatory in their dealings with the West or will they align themselves with a hostile Iran, which itself has become much closer to the China orbit.

As U.S. troops prepare to pull out, a look at the war inAfghanistan by the numbers