Let Us Have a Voice: The Petition Against The JCPS Tax Increase 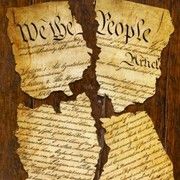 There's a number of things which irritate (to be polite) me about politics in general. I'm sure I'm not alone in that. However, one of those things which rubs me the wrong way is when politicians ignore the will of the people and go do what they want, or worse, do whatever some special interest group want.

In fact, it was that very issue which prompted me to write my very first letter to editor back in the early 80's. As I recall, there was a tax increase issue on the ballot (I believe it was property tax). A group of citizens managed to get the issue on the ballot.

Despite being defeated, the city council went ahead and raised the property tax anyway. When interviewed, the president of the council said that regardless of what the people wanted, they thought that the citizens were to uninformed to make a proper decision. Thus, they had an obligation to override the voters at their discretion. No further explanation needed or required. Everyone can go on their merry little way. Big Brother has spoken so no need to worry your little heads.

I remember that the issue was hardly even mentioned in the newspaper; barely two paragraphs. But there was just "something" that went right threw me. How dare the city council blow off the wishes of the citizens of that community or to "assume" that they somehow knew better than the voters. 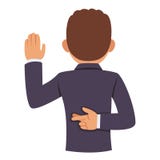 After all, it took a great deal of time and effort to get the increase on the ballot in the first place, which also included a lot of research into why the increase was being proposed (especially since it was coming on the heels of other increases) and why it should be rejected.

Call me "old fashion" if you like, but I believe in this silly notion that politicians are elected to represent the citizens first and foremost. They are not there to act as substitute parents, and damn sure not to act as if we work for them. If we go to the time and trouble to voice our opinion on a topic, it is their job to get it done---not pat us on the head and tell us to shuffle off, which brings me to this week's topic.

Back in June I saw on the news that the Jefferson County School Board had passed a 9.5% increase proposal on our property tax. As always, we were told that it would be just a "few more dollars" a year and that we shouldn't worry too much about it. Of course, this followed on several other increases in water, electricity, cable, garbage pickup and groceries not to mention that many of us weren't working thanks to the COVID -19 quarantine so money was tighter than usual.

While it may be "just" a few extra bucks to them, it has an accumulative effect for everyone else and the last I checked, my income didn't go up to offset their increase. Besides, every time Louisville Gas and Electric (LG$E), the water company, the school board or whomever wants a tax increase, they get it and we get no say in the matter. All we get is the bill!

So, along comes a petition from "NoJCPSTaxHike.com" (which I'm not a member of) which proposed that the increase be put on the ballot so that voters could decide whether or not we want to cough up more money for a school system which perpetually has its hand out and yet we seem to see little if any improvement in the quality of our schools.

The petition came with a number of endorsements and I noticed that a number of individuals and groups (mostly conservative but not all)I was familiar with were all backing it. Well, needless to say, I immediately added my signature to petition and started passing it around. I wanted this issue on the ballot for a change rather than rammed down our collective throats. In fact, during the brief time allotted, myself and a lot of others must have passed that petition around dozens of times. This was an issue we all wanted to see on the ballot.

Here in Kentucky (and I assume elsewhere), we are required to have a percentage of signatures based on population size in order to get a petition on the ballot (it's typically used as a tool deprive third parties and Indies ballot access). In this case, the number was a little over 32,000. Well, to be safe, the goal was set at 40,000 in case of duplicate signatures, ineligible signatures (you have to be a registered voter in the county for instance), and the usual "dead people" wanting a say. In addition, there was a short period allowed to reach the required number of signatures.

In the end, the petition received just over 44,000 signatures and was certified by the Jefferson County Clerk's office! I couldn't have been more proud of my fellow citizens. It didn't matter if they opposed or supported the tax increase as much as the fact that they recognized that it should be on the ballot whereby it could be openly discussed and voted on by those who were going to be affected.

Nevertheless, despite the extra cushion, there were some "bad signatures", as expected . Ultimately the number was whittled down to around 38,000, but still well above what was needed. It looked like it was going to a rare success for the citizens of Jefferson County...but not so fast.

The Jefferson County Board of Education was not happy with outcome. In a 6 - 0 vote (board member Linda Duncan abstained) asked Superintendent Marty Pollio to take the necessary legal steps to challenge the petition. At stake is the certification of the petition by Jefferson County Clerk Bobby Holsclaw (R) and thus whether the petition can appear on the November ballot. Joining in the status quo fray on behalf of the school board is the Jefferson County Teachers Association.

The Jefferson County Teachers Association is perhaps the most politically powerful force in the state. What it wants it get. Legislators and governors live in fear of this union. In 2018 they were successful in paralyzing the state government and closing the schools over the issue of their pensions being fully funded (something Democratic governors hadn't done previously), which they got under Governor Matt Bevin (R).

So now the teacher's union and the school board challenging the validity of the remaining signatures on the petition. They are trying to claim that despite the previous reviews, the petition shouldn't have been certified. In short, they don't want voters to have a say in the tax increase; they want it off the ballot.

They hope to do this by invalidating as many signatures as they can. In addition, several of those who signed the petition have received anonymous phone calls demanding that they remove their signature from the petition (some have said the callers have identified themselves as members of the JCTA).

Is this part and parcel with the corruption and backward thinking that Kentucky is famous for? I think so. The goal was set. Those who wanted to see this issue on the ballot had to reach a specific number in a very limited time frame. Well, they not only reached that number, they exceeded it.

The petition was reviewed and all "bad" signatures were accounted for and deleted, still leaving more than enough, and the petition was certified. Now comes along a special interest group, albeit a very powerful one, who doesn't want the voters to have any say. They want the tax increase and that's all there is to it.

This is the same mentality that the city council I mentioned at the beginning of this article had. It's this same attitude that we see in Washington and we all know how that's working out for this nation! If we cannot have a say in what affects us the most---tax increases---then by bother to pretend we're any better than any other despot regime in some third world country? If some special interest groups has that much political power to scare judges, state legislators, or even governors into ignoring the many for the few, then we have a crisis in governance. 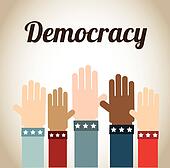 As many of you who are familiar with my articles know, I am a strong advocate of direct democracy. I have no patience with political corruption. I am a firm believer that when someone is elected to office they should resign from their political party. Why? Although I'm an Independent, I have no particular problem with political parties per se. However, once elected you no longer represent that party. You represent the people you were elected to serve as a whole, otherwise part of the electorate is effectively disenfranchise. This would also end a lot of the partisan rancor and force cooperation.

I believe that we are the masters and not the servants of government. Anything affecting our wellbeing, such as taxes, should be decided by us...at the ballot box. That means we should vote on any tax, fee, or rate increases (that includes salary increases for elected officials too). That doesn't mean that every proposal will automatically be shot down. It does mean, however, that any increase must be fully explained and justified to us; no more "we say so" increases.

I support term limits too. I think 12 years is a good number. That's three 2 year terms for Representatives; two 6 terms for Senators; and three 4 years terms for the Executive and Judicial branches. They should also be subject to the same laws we are and their perks end when they leave office (including lifetime salaries). We must correct the "Citizens United" mistake. Corporations are not people. They are legal fictions. They do not have the same rights as you and I do.

Corporations should not be able give near unlimited amounts of money---in any form---to politicians nor should they "help" write legislation. There should be a minimum of ten years before a government official or employee can take a position with either a lobbyist firm or have any direct involvement with government policy.

I don't have any particular problems with corporations (or unions for that matter). I just don't think they should own political parties, politicians, or determine policy. The only way we're going to have a voice in government again is by getting corporate and special interest money out. It's that simple.

This petition was legally reviewed. The signatures were checked and rechecked. Nevertheless, there was still more than enough than required. It was submitted timely and certified by the county clerk's office. Now, the Jefferson County Board of Education is throwing a hissy fit and calling on its powerful political ally to help "bully" the issue off the ballot. It's even trying to make it sound like the increase is mere "pocket change". Hogwash! This is an example of what's wrong with our political system today and we had better speak up if we want to stop it!

Voters Will Decide on JCPS Tax Hike This November


No JCPS Tax Hike: Thank You!