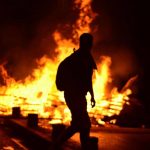 There has been a lot of chaos of late. Maybe some of it was justified in my opinion. For instance, there was no reason for Breonna Taylor to be shot eight times in her bed on the night of March 13th; the result of a "no knock" warrant and botched police raid, non-working body cameras, or trying to cover it up with a nearly blank incident report. The three officers, all white, were veterans on the force, with service ranging from 14 years to 19 years, are currently on administrative leave while their boss tried to skip out.

Chief of Police Steve Conrad tried to duck out by taking early retirement. Shame Breonna, an EMT, didn't get to retire early. Fischer, Louisville's worthless mayor, was right (for once) to finally fire him. The FOP and Metro Council had been demanding his removal since 2016; longer than that by the public. As the saying goes, "a fish rots from the head down". Fischer needs to follow Conrad out the door.

There was no reason for Officer Derek Chauvin to kneel on George Floyd's neck, resulting in his death. Worse was the three other officers standing around watching. However, to claim this was a "white on black" crime is to ignore the facts. Yes, officers Chauvin and Thomas Lane are white, but Officer J. Alexander Kueng is black and Officer Tao Thao is Asian.

Some claim that Floyd was resisting arrest and was a felon with a long record. Based on existing footage, there's no indication that Floyd was resisting arrest. In the footage, he appears to have been mouthing off to Chauvin, but so what? I think most people get a bit mouthy when they feel they're being harassed or bullied. But even if he was, is that justification to take the situation to the point where someone dies?

As for being a felon, Floyd had a long rap sheet, which is something not being widely reported by the media (it doesn't fit their narrative). In 2009, Floyd did five years in prison for assault and armed robbery in 2007. Previously, he had done time for everything ranging from selling drugs to thief.

Just prior to being stopped by Officer Chauvin, Floyd had been attempting to pass off counterfeit $20 dollar bills in the area. He had just tried to buy a pack of cigarettes with one at the Cups Food convenience store at the corner of East 38th and Chicago streets when he was stopped. Odds are pretty good that George Floyd was already well known to the cops who worked that particular part of Minneapolis when the four officers approach Mr. Floyd on May 25th.

It was reported to officers that the suspect (Floyd) appeared to be "drunk", however, indications are that he wasn't drunk, and as the autopsy later bore out, had drugs in his system---fentanyl and methamphetamine-- which might explain some of his behavior (he didn't want to get into the police car, claiming that he was "claustrophobic"). As an aside, Floyd was suffered from acute heart disease, although the police officers wouldn't have known that.

It's worth noting that while officers Chauvin, Lane, and Kueng were attempting to force Floyd into the back seat, he reportedly suddenly stiffen and started complaining about trouble breathing (this was prior being thrown to the ground and Chauvin placed his knee on his neck) according to witnesses.

Another fact is that Thomas Lane and J. Alexander Kueng, both rookies, were wearing body cameras which were reportedly active at the time. These recordings haven't been released yet, but they should prove very interesting. Throughout, Floyd stated 16 times that he couldn't breathe, and even at one point stated that he felt like he was dying. Meanwhile, Chauvin kept his knee (and full body weight) on Floyd's neck as Lane held down his legs, Kueng held his back, while Thao tried to keep the crowd at bay.

Throughout all this, Officer Lane was apparently uncomfortable with the situation and repeatedly questioned how Floyd's treatment. Each time, Chauvin assured him that everything was fine. It wasn't until blood started coming from Floyd's mouth that the lead officer, Chauvin, called for medical backup. Kueng checked for a pulse and failed to find one. Meanwhile, none of the officers changed their positions. Lane continued to hold Floyd's legs; Kueng remained applying pressure to his back, and Chauvin's knee and full weight remained on Floyd's neck.

None of the officers released their holds until EMS arrived and Floyd was placed on the gurney; a full 12 minutes after Floyd began complaining about his breathing. Another five minutes would elapse before the EMTs arrived. Officer Chauvin kept his knee on Floyd's neck for 8 minutes and 46 seconds. According to bystanders, 2 minutes and 53 seconds of this was after Floyd had become totally unresponsive.

There's no question that something went horribly wrong here. Police officers are trained on how to deal with someone resisting arrest. Given Floyd's criminal past (not to mention his 6'4" 223 pound frame), they were obviously cautious. No doubt this is why they called for backup (not to mention that there was another male in the SUV with Floyd and a woman in the back seat). However, it was apparent that "something" was happening to Floyd before he was placed on the ground (he had been placed in handcuffs about ten minutes earlier)
.

I don't see this as a case of white police brutality toward a black male. As I previously said, there was a black and Asian officer present as well as another white officer who was obviously very concerned with what was going on. It does appear, however, Officer Chauvin was unconcerned with Floyd's physical complaints. Perhaps he thought Floyd was lying or trying to gain some sort of advantage on the four officers (albeit handcuffed) or didn't know a heart attack when he saw one. At the very least, he could have released pressure on Floyd's neck or rolled him over on his back as suggested by Officer Lane.

One can, just maybe, excuse the two rookies. They were, after all, "just following orders". As trite as they may sound, it's what fresh rookies need to do to stay alive. Lane, age 37, had been on the force just four days. Kueng, 26 had been on the force for about a week; it was just his third shift. Chauvin was his training officer.

As for Derek Chauvin,44, the lead officer on scene, he had been on the Minneapolis Police Department for 19 years. He had had 18 complaints filed against him; two included disciplinary charges. He had previously served in the Army as an MP. Chauvin had twice been recommended for the police department's medal of valor for action taken in two violent incidents involving officers.

Chauvin is being held on a one million bond and charged with second degree murder. The other three officers are being held on a $750,000 bond each. They are being charged with aiding and abetting second degree murder. All four men have been fired. Given the amount of press already devoted it will be interesting to how jury selection and trial goes.

For that matter, given the dozens of protests and riots not just in this country, but around the world, I suspect a "guilty" verdict is all but assured (the minimum sentence for second degree murder charge is 40 years). I shudder to think what would happen if they're acquainted! It should be remembered that Thao was doing crowd control and Lane, the four day rookie, was showing the most concern, was acting under the direction of his supervisor, Derek Chauvin.

There's no doubt the George Floyd's death was tragic. There's no excuse for what happened. Yes, the officers needed to be extra careful given Floyd's criminal past and reports of acting "drunk" (plus his physical size). That's just being smart. Many an officer has been injured or killed for less. However, given that he was in handcuffs and there were four armed officers on the scene, more attention should have been given to his health complaints. EMS needed to have been called much sooner.

I don't think this had anything to do with Floyd's race. Nothing in what we know indicates otherwise. What it does appear to show is a lack of compassion or empathy. As for the protests and riots, the country was primed and waiting for just an event since the deaths of Eric Garner and 12 year old Tamir Rice in 2014 and others along with the virulent hatred built for Donald Trump since his election by the media. It was bound to happen. It was only a matter of time. It was almost a custom made situation waiting to be exploited. Breonna Taylor let the fuse.

That's not to say there isn't some form of systematic racial discrimination among police departments throughout the country. There is. But a lot of steps have been taken to get rid of it too. On the other hand, there is also a cultural and racial distrust (rightly or wrongly) of authority figures, including the police. Some thinking they can ignore or run from the police. Not a bright idea. If you have a beef with the cops, that's fine. Do what you need to do to get through the situation, and then get a lawyer and do something about it the right way.

Speaking of racism, it needs to be mentioned that racism is not a "white only" issue. Racism is a two way street. Any person or group can be guilty of racism just as they can be of sexual, religious, ethnic, or even political discrimination. The idea that only whites are guilty of discrimination is ludicrous and naive at best. Unless you're willfully guilty, apologizing is just wrong. The same goes for kneeling.

Why are you on your knees begging for forgiveness (and washing or kissing feet---really?) for something you didn't or wouldn't do? Have you've been convinced that you "suffer" from some form of "white privilege"? Could it be that if such a thing existed, it was the creation of politicians and they are the ones responsible? If racism or any other form of systematic injustice exists, its root cause lays in Washington, our state capitols, and in City Hall. 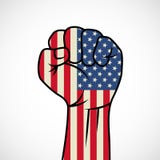 There is no doubt that injustice exists. It's a fact of life. It's always existed and unfortunately, will always exist in some form or fashion. If you really want to do something about, get off your knees and start changing laws, and the best way to do that is start changing politicians. That means ending the corporate relationship with government. That means ending Citizens United. It means term limits. It means reforming the tax code to create a simpler and fairer tax. It means opening up elections to third parties and Independents (who are the political majority anyway). It means citizen referendums and ballot initiatives. It also means voters deciding on tax, rate, or fee increases. It means doing away with lifetime salaries and perks. It means that laws passed by Congress equally applies to Congress. You want to end injustice? That's where you need to start.

"It means citizen referendums and ballot initiatives. It also means voters deciding on tax, rate, or fee increases. It means doing away with lifetime salaries and perks. It means that laws passed by Congress equally applies to Congress. You want to end injustice? That's where you need to start."