The Changing Face of Latinos in America

In case you've been on a long retreat in Himalayas or living "off the radar" for the past several years, you should know that Hispanics are the second largest population in America right now, although their rate of growth have slacked off in recent years. That position had long been held by blacks, who have fallen to third and may drop to fourth over the next few decades as Asians, the fastest growing demographic in America are starting to catch up (in Canada, they are already the second largest group in terms of population).

Meanwhile, whites, who've long been the largest population since the country's conception, have been in steady decline, despite the surge in births following WWII (the Babyboomers) in terms of overall population. The result of all this is that within the decade or so, the US will be a nation of minorities, with no single group being dominate. How that will play out politically and economically remains to be seen.

Of course, this is pretty much old news as alluded to at the beginning of this article. What I would like to discuss is a new phenomena which has been happening within the Hispanic Community and its possible affects on society. Hispanics have historically been Catholic (Roman Catholic to be more precise), and typically very devout at that. In fact, the Catholic Church as had an impact on Latin America from the moment Columbus planted the Imperial Spanish flag in the sand in what is now the Bahamas side by side with Friar Juan Perez, a Catholic priest of the Franciscan Order (the "Minorites"). 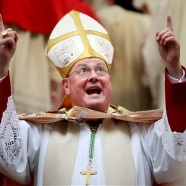 The Catholic Church has exerted a powerful impact over the population in Latin America for centuries, some of it for good such as basic education and medical care and some---perhaps much of it---for ill such as working hand-in-glove with the wealthy landowners and government to keep the peasants mostly ignorant, poor, and on the farms (the result, as we've seen in Latin America, has been the slow growth of a educated middle class. Latin America still suffers from a two tier stratification between the very wealthy and the very poor). Attempts to reform society have often meet with violent opposition by the wealthy, and usually with the support of the Church's entrenched hierarchy.

So, it's this mix of admiration and fear of their faith, as well as the government, including its military and police, which has dictated the order of society in Latin America for generations, and it continues as Hispanics have crossed into the United States, legally or illegally. But, there's a subtle change taking place that we should be aware of. Assimilation among Hispanics has largely been slow; perhaps slower than among any other group which has immigrated in mass to the US. That's not to say there hasn't been assimilation, there has, especially among Cubans, Panamanians, and Puerto Ricans. However, among other groups, such as Mexicans and those from Central and South America, it's been slow at best.

Among certain segments, there's actually been a strong resistance; insisting that they not learn or speak English, the historical and de facto "official" national language of the US, as well as a refusal to adopt many of our national traditions. Nevertheless, change has still taken place, among which has been the adoption of other religious faiths. This is particularly true of younger immigrants (regardless of their legal status). 68% of Hispanics identify as Roman Catholic. At present, approximately one-third of all Catholics in the US are Hispanic or of Hispanic origin, with two-thirds of those attending services in Spanish. However, some 18% now identify at Protestant while 8% don't identify with any religion; some that would have been unheard in their grandparent's generation.

Of the 18% who've converted, the majority of them have become members of Evangelical congregations such as Pentecostal, Baptist and Church of Christ. Interestingly still is that many of these churches have started offering services and/or religious classes (like Bible Study) in Spanish. As an aside, many of these converts have also changed their political allegiances a well. While most Hispanics in the US have tended to lean heavily Democrat or politically Left (with the except of Cubans, who've historically been Republican), these converts have increasingly become Republican or vote along conservative lines. 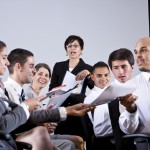 Just for clarification, membership in both corporate controlled political parties has been and continues to be on the decline while Independents, who are now the nation's majority at 44%, continues to rise. Third parties, such as Libertarians, Greens, and Constitutionalists are also showing signs of growth too. So, while these Hispanics have left the Democratic Party, their political switch doesn't necessarily mean they've joined the Republican Party. It means that they've have become more conservative in their political outlook. Thus their change to religious denominations which tend to more conservative, so has their political outlook.

Meanwhile, it's important to note that while Hispanics are showing more willingness to leave their traditional Roman Catholic roots, and while the trend is slowly increasing, Hispanics still make a much smaller percentage of overall membership in Protestant, and specifically Evangelical congregations than whites or blacks (Asians are the smallest group making up Protestant membership). Now, as for the 6% who describe themselves as secular, it's interesting to note that 66% are recent post-high school graduates, meaning that they are still fairly young adults. 63% say that English is the primary language, even if they come from bilingual households.

Almost half were born in the United States, and 41% come from households which bring in $30,000 annually or less. So, this 6% then are native born and assimilated, fairly young, have a basic education and come from relatively poor, likely lower level blue collar homes (there's another Pew Survey which I came across which demonstrates that Latino identity appears to be diminishing over generations, starting with native born children. I'll include a link to that survey as well below). Perhaps that's not too surprising. I think the identification with our ancestral homelands tend to fade across all racial and ethnic groups as individuals become increasingly assimilated. Maybe the last bonding tie will be artificial identifier of the "hyphenated American" such as "Asian-American' which identifies the individual as being racially Asian as well as having Asian ancestry while now being American, which is not a racial description. Hispanic-American is quite different however.

To clarify as briefly as possible, the Federal government defines "Hispanic" as a ethnic group rather than a race, since Hispanics tend to be an admixture of various races. Thus, a "Hispanic-American" may be racially more a central African origin or Native American origin, or even mainly Spanish or Portuguese origin, yet be from a Latin American culture. Black Americans are generally referred to as "African-Americans" although neither "African" or "American" are racial descriptions. The use of the term "African" can include the predominantly northern Arab populations (who are categorized racially as "Caucasians"), the more central Negro populations (which is a race), or the white South African Boars and Afrikaners (who are obviously white). Again, "American" doesn't describe a race, but rather a country and/or culture. Of course, whites are typically referred to by their racial indicator, "Caucasians" rather than as "Euro-Americans" which would be more accurate using the above logic of hyphenation.

So, while Hispanics seem to slowly assimilating despite the efforts of some to stop to reverse this trend, it's likely that in time Hispanics will eventually simply become a mixed bag like the majority of other Americans. Meanwhile, it's probable that Catholicism will remain the dominate religion among Hispanics, its hold will lessen as more chose to explore other faiths (and political allegiances), there is another trend taking place among Hispanics which seems to be often overlooked.

79% of black Americans tend to be primarily Protestants; 14% align with Evangelical churches, like the Baptists, while 53% follow traditional "Black Protestant" faiths such as the United Church of Christ and the African Methodist Episcopal (AME) churches. 5% belong to the Catholic Church while 4% are members of Mainstream Protestant churches such as Lutheran, Methodists, or Presbyterian. An estimated 18% are unaffiliated with any organized religion. However, 2% of blacks in the US are Muslims; mainly followers of the controversial Nation of Islam which has somewhere around 35,000 -45,000 members, which brings me back to Hispanics and religion.

One often ignored trend among Hispanics is that they are the fast growing group converting to Islam, which, given their numbers, could play a serious issue down the road. As present, the numbers are relatively small; approximately 150,000 within the Latino community, but there are signs those numbers may be growing. One reason is that the principal recruiting ground of Islam, especially radical Islam, has long been in US prisons, of which Hispanics represent approximately 33% of all inmates.

According to US Federal Bureau of Prisons, 80% of religious conversions in prison are to Islam, with the majority being blacks, the number among Hispanics has been increasing rapidly. Muslims make up 9% of the total prison population, compared to presenting around 1% to 2% of the general population (in New York's prison system, Islam makes up nearly 20% of the inmates). Combine this with the number of gang members in prison, this could have potentially devastating consequences if this spills over to the drug cartels who adopt Islam in conjunction with their criminal activities (for statistical purposes, blacks comprise 37% of the prison population, compared with 2.2% of Native Americans and 1.6% of Asians, while whites, which includes a portion of Hispanics, make up 58.5%). Terrorists groups like ISIS/ISIL, Boko Haram, and Al Qaeda could look like a bunch of kindergarteners by comparison next to criminal gangs like MS-13, Mexican Mafia, or the Sinaloa Cartel.

America has the largest incarcerated population of any country in the world, 724 per 100,000 people compared to "evil" Russia which has just 581 per 100,000; not a notable distinction for a country which prides itself on being "enlightened" or "advanced" (as an aside, half of the world's incarcerated population are in just three countries---the US, China, and Russia). Given the changes in US demographics, incarcerating the second and third largest populations, can't be good. Meanwhile, we're seeing changes in the political and religious alignment of Hispanics, as well as the increasing assimilation among the younger generations, yet there still runs the potential backlash the mass imprisonment of a specific group brings (generations ago, it was the Irish and Italians as well as the Poles and other Eastern Europeans). 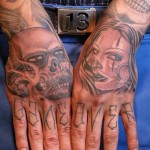 This doesn't excuse the criminal activity of gangs any more than it did the Irish, Jewish, or Italian gangs of the 1920's and 30's, not does it excuse in any way individuals illegally entering the US (which is frowned upon by those of the same group who entered legally). However, we must address the problem we obviously have with incarceration and immigration. As the Roman Emperor Tiberius said of his nephew and future emperor, Caligula, "I'm nursing a viper for the Roman people", so are we laying the groundwork for a potential disaster.

Changing Faiths: Latinos and the Transformation of American Religion

Hispanic Identity Fades Across Generations as Immigrant Connections Fall Away


Is being Hispanic a matter of race, ethnicity, or both?

Muslims in America: Latinos Converting to Islam As US Population Grows