May 8th: Remembering "VE Day" and the End of War in Europe 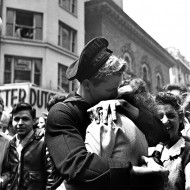 May 8th. Remember the date? How many of you recall hearing anything much about it on the news? I sure didn't, yet it's a very important date in world history and its impact still affects today. You see, May 8th marks the end of the war in Europe---VE Day or Victory in Europe Day---in 1945, 74 years ago. I think it's important to remember the significance of VE Day or May 8th.

World War II involved some 102 countries, making it a true global war. The principal players in drama set on the world stage were Germany, Italy, and Japan on the Axis side with supporting roles provided by Hungary, Romania, Bulgaria, Austria, Turkey, Spain, and Slovakia. On the opposing side, the Allies were comprised of Great Britain and her Commonwealth nations (Australia, New Zealand, India, Canada, Hong Kong, and a few others), the United States, and France. It had the support of pretty much everyone else, but notably China, Vietnam, Korea, Philippines, Denmark, Burma, and Norway (some of these countries were occupied at the time and provided support via underground resistance movements.

As for the Soviet Union, which was under the iron fist of Joseph "Uncle Joe" Stalin. In the beginning, Stalin threw his support behind Hitler. It wasn't because he particularly liked Hitler, although it could certainly appreciate a fellow dictator when he saw one, rather it was out of self preservation. Hitler had long proclaimed that he would invade the East (Russia and Ukraine) in the search for Lebensraum or "living space" for the Germanic Peoples of Europe. He also vowed to rid the world of Communism. Together, they divided up Poland and Hitler give Stalin a free hand in the Baltic States, Estonia, Latvia, and Lithuania. They also entered into a trade deal whereby Russia would provide Germany with key ores and oil which it needed for its war efforts. However, after the surprise invasion of German forces in July of 1940, Russia changed sides and allied itself with Allies (which at that time was mainly just Great Britain and her Commonwealth nations).

During the course of the war, approximately 60 million people died, which equated to around 3% of the world's total population based on 1940 estimates. Some figures put the total killed as high at 80 million people. This figure breaks down the number of deaths as between 50 - 55 million civilians, including around 18 million who died of war related famine and diseases, with some 21 - 25 million military, including 5 million prisoners of war. Of course, a true figure will never be known.

However, the most overlooked (or ignored) number of causalities doesn't go to the Axis nations or even to Western Allies...in aggregate. It went to the Soviet Union. Russia suffered a mind numbing loss of 20 million people during the "Great Patriotic War" as they call World War II. When Soviet Republics are added, that number jumps to 26.6 million lives. Belarus, which buffers between Poland and Russia, lost 25% of its total population. So the south, the Ukraine lost 16.3% of it populace.

Of course, we can't forget the Holocaust (nor should we ever). As most already know, approximately six million Jews died at as result of the extermination and concentration (or work) camps. But this wasn't all. Roma gypsies also suffered, though they tend to be overlooked by historians. Nevertheless, some 285,650 gypsies died in the same extermination and concentrations camps. As an aside, in terms of population, a higher percentage of gypsies died than did Jews. In addition, 200,000 disabled or mentally handicapped people were executed, beginning with the "Action T4 Program", which was intended to rid the Reich of physically and mentally "inferior" individuals.

Germany's ally, Croatia, is believed to have been responsible for the deaths of around 340,000 ethnic Serbs, gypsies, and Jews. The Jewish population in Greece was nearly completely wiped out. Finally, some 5000+ Roman Catholics, Jehovah Witnesses, various Protestant denominations, as well as a Social Democrats, trade unionists, academics, political dissidents (such as the "White Rose") and Communists were believed to have been executed during the war. Again, the exact number will never be truly known. 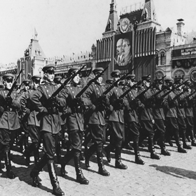 World War II, which most historians consider to simply have been a continuation of World War I, with a 20 year pause to change players on the world stage, was the most brutal of all wars yet experienced by Mankind. The repercussions of the war led directly to the rise of Communism as a world ideology, the division of the world into basically two warring camps, and to the Cold War, with all its proxy wars down through the decade not to mention coming to the brink of nuclear annihilation on more than one occasion. Despite the tragedy of the war, there's another tragedy which is unfolding, for which no one is blame and there is nothing we can do to stop.

During World War II, the US committed some 16,112,566 men and women to the war, not including millions of civilian personnel who worked in factories and shipyards. As of September 2017, there were only around 588,000 left, and they are dying off at a rate of 362 every single day based on 2016 estimates by the Department of Veterans Affairs.; the youngest of whom are in their late 80's.

At that rate, the "Greatest Generation" will be all gone within the next 20 years. In the UK, there are only about 100,000 WWII veterans left. Canada has about 150,000 WWII veteran still with us, while Russia has approximately the same amount remaining (the last Soviet soldier who took part in the seizure of the Reich Chancellery, Nikolay Belyaev, died at the age of 93 in 2015. He was part of the feared 756th Regiment of the 3rd Shock Army). As an aside, there are around 250,000 veterans of the German Wehrmacht or Armed Forces still alive as of 2015.

Personally, I find it a shame that we don't make a bigger effort to celebrate the deeds and lives of these incredibly brave men and women. These were the young adults and children of the Great Depression, whose lives were molded by hardship, self-sacrifice, and self reliance. For many, it was also marked by poverty the likes of which most of us have no clue about. They were, and are, some amazingly resilient individuals.

Through my Disabled American Veterans Chapter, I have had the honor to know and befriend many of these men and women. I have had the distinct privilege to speak with them about their lives; to hear firsthand their stories of what life was like in places like North Africa, Sicily, Anzio, Crete, Normandy, Caen, Holland, Bastogne, over Berlin or Tokyo, not to mention Bataan, Midway, the Coral Sea, Iwo Jima, Guadalcanal, and dozens of other places which were once just names on page in a book or grainy, sometimes colorized, newsreels or combat footage on TV. 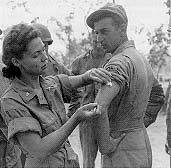 For them, these were very real places full of heat, mosquitoes, sweat, hunger, fear, pain, adrenaline, compassion and hatred where they lost friends, met new ones only to lose them a few days, hours or minutes later. It was the places where lifelong friendship were made...with those who survived; bonds closer than anyone could possibly imagine and will last to the grave and beyond as well as indelible memories mixed with both relief and guilt for having made it home.

Their reality bears no resemblance to the mass produced Hollywood movies many of us have used to shape our vision of war where the hero's hair is never out of place, the uniforms are clean, and there's never any blood or gore, and there's always a happy ending. It also bears little similarity to the sanitized newsreels of the period which provided only the briefest of glances at war's outcome. This past May 8th marked the 74th anniversary of the end of the war in Europe, however, the war would continue another three months in the Pacific before ending onboard the battleship, USS Missouri, on August 15th 1945. Victory in Japan or "VJ Day" as it would become known, would be officially celebrated on September 2nd. So, if you happen to see a an elderly man or woman wearing a hat or emblem identifying them as a WWII veteran, be sure to shake their hand and say "Thank you for all you did" (though you may have to speak up). What they endured for you and me is beyond measure.