Louisville's Folly: A Transition To A Sanctuary City?

The City of Louisville Kentucky, famous for its Kentucky Derby , production of whiskey, and as a shipment hub took a significant step on October 25, 2017. Whether that step will be good or bad remains to be seen. The City's local government, the 26 member Metro Council, which is dominated by Democrats, voted most along party lines, 16 to 7, to become a so-called "sanctuary city". The Metro Mayor, Greg Fischer, also a Democrat, was extremely pleased with the result of the vote. Fischer had been promoting the notion that becoming a "sanctuary city" for the past year or so. Fischer claims the status would be benefit the City's 740,026 residents. As an aside, many residents were surprised, not to mention stunned, when they learned the results of the vote since there was little pre-noticed made available to public that the subject would be on the agenda Thursday night. For better or worse, it appears that the deed is done. So, let's discuss what being a "sanctuary city" actually means and what the residents of Louisville can expect, based on other "sanctuary cities".

So, just what is a "sanctuary city"? A "sanctuary city" is a metropolitan city or town which have voted not to cooperate with federal law enforcement agencies, such as ICE or the U.S. Border Patrol, in the identification and detention of individuals who are in the United States illegally. The intent is to make individuals feel welcome, and to encourage them to make use of taxpayer funded social services, as well as other services provided by religious and private institutions (both of which are usually registered as 501c3 institutions which means they are tax exempt). These type of institutions have a long history of encouraging individuals to seek temporary shelter with them regardless of their immigration status. These institutions often assist in aiding individuals with obtaining healthcare, completing official forms, permanent residence, helping to get children enrolled in school (along with taxpayer paid tutors and/or translators. In some cases, volunteer tutors or translators can be used) and employment through networking with other groups and individuals who will protect their immigration status. In some states, these tax exempt institutions will also assist individuals in obtaining a driver's license (including translations for the written portion of the test), and as a "ride along" to aid in translating instructions from the testing officer.

The status of being a "sanctuary city" also provides a cover whereby government officials and police officers are prohibited from ascertaining an individual's immigration status regardless of the circumstances. Nevertheless, should they learn that, for instance, an individual detained for whatever reason is here illegally, they are not required to report the incident to the appropriate federal authorities. Additionally, it's hoped that these individuals will report any and all crimes they witness. However, in the countries these individuals come form are known for having corrupt government officials and law enforcement; where brutal treatment of anyone who speaks out is common place. There is little trust or faith in law enforcement and an obvious reluctance in going to the police. In the case of health issues, the immigration status of the individual or family member, need not be reported to authorities. However, health related issues, such as a drug addiction or communal illness like TB, measles, small pox, etc, must still be reported to the appropriate health agencies--local, state, or federal irrespective of the immigration status, which is not reported.

At present, there are approximately 300 "sanctuary cities" now in the U.S. Proponents claim that it's not the responsibility of local cities and towns to aid in the enforcement of federal laws. While opponents argue that federal laws supersede any and all state or local statutes and ordinances. Certainly, the willingness of local municipalities to accept federal money in exchange for enforcement of various laws pertaining to housing, education, healthcare, and so forth would support the opponent's argument. Many supporters of "sanctuary" status and amnesty for illegal immigrants like use the phrase "No One is Illegal" during demonstrations and protests, while opponents often point out that, while technically correct, and individual's action(s) can be illegal, especially when there is intent in addition to action in committing the crime. A common argument used by proponents of "sanctuary cities" and/or amnesty for illegal immigrants is the involuntary separation of family members. 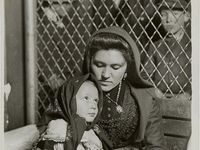 People immigrate for various reasons, but mostly it's to avoid some form of persecution or for economic gain. Every nation has its own established immigration laws and the procedures one must follow in order to legally enter the country; most also have quotas as to how many of what immigrant status it can accept, such as student, professional or skilled, refugee, etc. Illegal immigrants are those who knowingly decide to ignore the various laws of a given country and simply enter, hopefully, under the radar. Some manage to avoid detection for years or even decades, while most are discovered much more quickly. These individuals are usually quickly deported after a quick health checkup to confirm they aren't carrying some virus, along with a criminal background check to confirm no outstanding warrants. What's a serious concern to every nation, is that individuals with untreated or undiagnosed diseases are entering their country, which might cause a health crisis. The other concern is, of course, the criminal element. Illegal entry is a necessity for many criminals, especially those who belong to gangs and/or drug cartels. 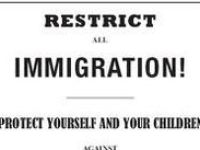 Of course, this isn't to suggest that every illegal immigrant is carrying some deadly disease or belongs to some criminal outfit. Most are coming to simply seek employment; some even send money back home to help support their family. Nevertheless, they have chosen not to obtain a work visa or "green card" for some reason. Therefore, their decision and their decision only is the sole reason for any family separation or hardship. Had they obtained a green card instead of take trying to take a shortcut, they wouldn't be faced with the problems they brought on themselves and their family.

While few illegal immigrants have any serious criminal records, that's not to say that there are those here illegally who do. In 2016, a study performed by the University of California (Riverside) and Highline College in Des Moines, Washington, confirmed what many have suspected, namely that there is a relationship between an increase in violent crime and sanctuary cities. The researchers looked at 54 cities in 19 states, plus the District of Columbia, from 2000 through 2014. They then compared the data gathered between sanctuary cities and non-sanctuary cities. The results showed "significant" increases in not just violent crimes, but also property crime, child abuse, as well as aggravated rape. In some cases, according to the report, these increases showed double compared to non-sanctuary cities.

Part of the reason for the increase is that word travels fast. Criminal gangs, which often have significant percentages of illegal aliens (up to 80% according to a 2013 FBI "National Gang Report"), tend to gather in cities where they don't have to worry about local police holding individuals for ICE, not to mention that basic economics dictate that criminal gangs follow the immigrant, legal or not. However, there are some reports which differ from data gathered by ICE and other federal law enforcement agencies, which claim that there is no relationship between increased crime and sanctuary status. Nevertheless, these are often based on studies taken from reported crimes at the local level, which, admittedly, are often underreported by the police. Of course, none of this is to imply that every illegal immigrant is violent; however, their illegal status does make them by definition a criminal. So, what are to make of this? Frankly, I don't know. Certainly Louisville's Metro Council could have used the local media more vigorously in announcing that the topic of Louisville becoming a "sanctuary city" would be on the agenda at its upcoming meeting. It's failure to do so speaks volumes of its intent. With almost half of the Metro Council as well as the Office of Mayor are coming up for reelection; this will definitely be an issue. Lastly, I think the residents of Jefferson County can legitimately hold the existing Mayor, Greg Fischer, and the Metro Council entirely accountable for any increase in crime as result of this little power play. Until such time as federal laws concerning immigration and the disposition of illegal aliens are changed, state and local governments have a Constitutional duty to abide by federal laws, especially so long as they continue to accept federal money to pay for various domestic programs. Remember, one of the chief outcomes of the Civil War supposedly established the supremacy of federal jurisdiction over state or local . I think the state and local governments who have or are considering "sanctuary city" status should recall the old say, "Who pays the piper calls the tune". You can't have it both ways.


The Truth About Sanctuary Cities and Crime Rates


FBI Data Backs Up Trumps Claims on Illegals and Crime