Protesting for Fun and Profit: The G20 and Its Consequences Did you know that Hamburg Germany is currently on fire? Well, not the whole city. Just sections really. The reason for the fires, which mostly consists of cars and trash set ablaze in the middle of the road, as well as the obligatory looting and general mayhem, is the result of the G20, which currently meeting there. What is the G20 you ask? Well, set back and I'll be happy to explain it to you. For those of you who follow Another Opinion on a regular basis, you've often read my rants about the Oligarchy and how America is no longer a democratic or constitutional republic. Well, that's where the G20 come into play.

The G20 or Group of 20 is a international forum comprised of the top 20 economies and central banks whose polices literally control the world's economics (as an aside, it was decided in 2009 that the G20 would replace the G8. The G20 itself was created the year before in 2008). They determine virtually everything involving global trade, including who gets loans and credit to bailouts and the wavier or reduction of interest charges and whose debts get written off ("forgiven"), though the prime responsibility is maintain a stable global economy. Currently, the G20 is comprised of the United States, Germany, France, Argentina, India, Indonesia, Mexico, Russia, South Korea, Japan, China, Italy, the UK, Saudi Arabia, Turkey, Australia, Brazil, Canada, South Africa, and the European Union which is represented by the European Commission and European Central Bank. 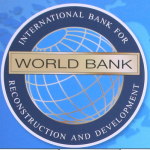 The G20 came out the rubble of World War II in response to the need to "manage" world economies in order to create a more balanced trade environment and foster closer cooperation between the world's leading economies and oversight of developing economies. The first incarnation of the G20 was the Bretton Woods conferences, followed by International Monetary Fund and World Bank, and the World Trade Organization. It was Germany's Hans Eichel, a member of the Social Democrat Party (or SDP) and the finance minister under Chancellor Gerhard Schroder, along with Canada's Finance Minister (and future Prime Minister) Paul Martin and US Treasury Secretary Larry Summers who created the G20. Martin is a member of Canada's Liberal Party while Larry Summers is a Democrat and served in President Bill Clinton's Administration. It's understood, however, that Eichel and Summers were the driving force for the creation of the G20 through their respective roles in the G7, later G8, to manage the developing debt crisis's that were happening at the time. Nevertheless, the role agreed to by the member nations was the "governance of the world's economy".

Collectively, the G20 accounts for 85% of the gross world product; 80% of world trade; and 2/3 of the world's total population. The current chairpersons of the G20 are Germany's Angela Merkel and Argentina's Mauricio Macri, which, given Germany's internal migrant issues and the present state of Argentina's economy, doesn't exactly exude confidence, especially when you look at some of the other member nations. Notably absent are most of Africa, the Middle East, and the Oceania nations. However, of these, Africa, has the weakest and most unstable countries. This agenda of the summit is the rise and spread of global terrorism (and religious extremism), climate change, and of course, global trade. It should be pointed out that the G20 invites non-member nations and organizations such as the World Bank Group, the Association of Southeast Nations and the International Labour Organization to attend its meetings as a "guest".

So, if you ever wanted to know who or what the Oligarchy is, there you go. In addition, there are dozens of think tanks which deal with developing policies on a vast array of topics such as the environment and pollution, overpopulation, food production, poverty, resource development, and sustainable economic growth. They work hand in glove their respective governments on policy and given its transnational role, just as often with member governments, associations, academic institutions and global corporations on setting coordinating polices. In short, this is the world government---albeit still taking shape---that many of you were taught to fear in Sunday School and in sermons. It is also the global governance which threatens organized labor by being able to so easily transfer production and manufacturing across international borders in order to obtain the cheapest labor and/or avoid various taxes. Some would also argue, that organizations like the G20, facilitate the "raping" of natural resources, leaving behind a decimated local environment while enriching government officials, corporate executives and investors. But that's not all. Many also believe that groups like the G20 are the main cause behind various wars and conflicts. Why you ask? Because their role, under the label of "global governance", is to maintain economic stability in order for trade and financial growth to take place. In other words, it's about control--control over economic development, both world and individual national economies, and resources, as well as resource acquisitions. It means obtaining whatever natural resources exist in a given country, which may mean resettling a native population, the temporary or permanent loss of local food sources, damage to the environment including loss of clean drinking water or farmland, and so forth. Generally, the powers that be can usually be bought, but sometimes they want to much or they're just obstinate and won't cooperate. Then additional pressure can be brought to bear on an escalating scale with military intervention (either direct or covert) being the last resort. Of course, it's always presented as being in the national interest while painting the other nation's government with a wide---and often unsubstantiated---brush of various nasty charges like having weapons of mass destruction, the use of chemical weapons, or in support of "the people's demand for democracy", etc. In reality, it's about not getting onboard with the petro-dollar as its trade currency, access to various indigenous resources, and so forth. This brings us to Hamburg and what's going on there. While estimates vary wildly, most put the number of protesters well into the thousands according to attendees. Most are anarchists, meaning that they just don't simply oppose corporate globalization, but also the government's---any government---interference in their personal lives. They simply want to be left alone and live a life free from the dictates of some government bureaucrat. Freedom and democracy in its truest form. Naturally and to not waste a good riot, you have wannabe "Socialists" or Communists. Then too you have those who are there simply to thrash everything and loot as much as possible. These are usually the most violent types, which means they're the ones who get the most media coverage and are presented to the watching public as the anarchists, neo-Socialists or born again Communists. They are the ones throwing Molotov cocktails, glass bottles, rocks, and starting fires as well as doing the looting. Rounding out the lot are various special interest groups such as Kurds, and opposition political parties like the Scottish Independence Party, who are there in the hopes of getting some free media coverage. For the time being, the usual Muslim protesters and Sharia law enforcement gangs have been keeping a low profile, perhaps out of fear of getting their collectives butts kicked. If so, they may have more common sense they I gave them credit for. However, some Kurds are using the occasion to draw attention to their plight.

Reports from various news outlets state that despite the use of body armor, water cannons, armored vehicles and standard anti-riot tactics, approximately 160 police officers have been injured---some seriously---while dozens of protesters have been arrested or detained. Estimates , according to the police and reporters put attendance among the rioters as high as 100,000 to perhaps 75,000. Ironically, it's being reported that some of the rioters are demanding the implementation of Socialism or Communism while others, specifically those from countries like Venezuela, are demanding an end to their current form of government---Socialism! Others are demanding open borders while others want closed borders and tighter control over immigration, as well as more money directed towards alternative energy research, ending poverty and a reduction in military budgets. These same reports point out the many of the rioters are from countries other than Germany, and describe the protesters are mostly college educated, employed, middle class and/or "trust fund babies". As an aside, there are "sympathy protests" taking place in other countries, such as in Venezuela's capital, Caracas. One witness to all the riots, Laura Zeriadtke, said that what she as witnessed was nothing less than a "Civil War". Many would agree.

I believe that what we are seeing is a seismic shift in the global body politic. People are rejecting the adoption of this implementation of a new form of Fascism; Perhaps "Friendly Fascism" as the late great Dr. Bertram Gross had coined the growth of corporate-government partnership. People demand the imposition of "Socialism" without truly understand what "socialism" is. The same goes for the Communism. I would also have to ask whose "Communism"? Stalin's? Lenin's? Mao?, Castro's or Ho Chi Minh? Kautsky's? Luxemburg's? Maybe Che's or Marx's? Each were different and none actually followed what Marx and Engel wrote. In truth, they were only variations of totalitarianism (except maybe Luxemburg and Kautsky). As for Socialism, that's never actually be tried despite claims to contrary. What has been attempted is democratic socialism, which, in fact, was quite successful, that is until the vast influx of migrants who didn't share the same work ethic, traditions or social values. Instead, they simply drew on the system like a piglet does on a sow, without contributing back to it . As a result, their economic systems are being strained to the breaking point. People are rejecting globalization, at least the corporate control of markets and nations.

Historically, people have always willingly surrendered their freedom for security---personal and economic. Always. I think the ruling Oligarchs are banking on this holding true again. They provide control, be it economic, political, social or personal. In exchange, we have a certain measure of safety and security. Never mind that our privacy is gone or greatly compromised. Never mind that ordinary businesses are regulated to the hilt or that we are taxed to the point that we might as well simply sign over our checks. After all, someone has to pay for this new found protection right? The only problem is that an increasing number of people worldwide are catching onto the scam. We know that the elections are rigged. We know that the politician class doesn't represent us. They represent the corporations who underwrite their campaigns and help write or lobby for certain policies.

We know that there are two sets of laws---one for the wealthy and one for the rest of us. We've seen it happen too often not to know. Right now, the ruling class is doing everything in its power to divide us along as many line as possible. Divided, we are weak and powerless. United we can topple any Oligarchy or ruling clique, and they know it. We know it too in increasing numbers. What's happening in Hamburg and elsewhere are but the opening salvos in a socio-economic war that's a old as civilization. A war between the ruling elite and the rest of us. The difference is that the stakes are far higher now than they were a few generations, centuries, or millennia ago. It's time we demand our freedoms back. 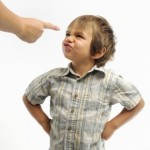