Does Claims of Being "Offended" Mean a Lack of Political Will?

Louisville Mayor Greg Fisher (D) and University of Louisville President James Ramsey attempted to do the unthinkable. They attempted to remove a monument given to the citizens of Louisville in 1895 in remembrance of war dead by the Kentucky Women's Monument Society. They attempted this without input from the residents of Louisville; without consideration of the people wanted and thus an action they had no authority to do. They spoke quickly, without public discussion, and stepped aside allow the digging to begin---like thieves in the night. They claimed that "someone" was "offended" by the monument, and therefore, they would remove it with no idea or plan what to do with it or where it would be removed to. They claimed it was for "diversity" while its removal represents a suppression of diversity. They claimed it was for "tolerance", yet their actions speak of intolerance. It was there when men and women of all races marched off passed it on their way to fight the Axis Powers in World War II. It was there during the Korean and Vietnam wars as a mute witness to the horrors of war to come and which have passed. It stood during school desegregation of the 1950's in silence. It stood during the Civil Rights Movement without a murmur. It bore witness to the likes of Dr. Martin Luther King and President John Kennedy, who both viewed it. It stood during the anti-war protests of the late 1960's and early 1970's quietly. It stood during the era of forced bussing in the 1970's without notice. This act proves that even a small city like Louisville Kentucky, just a week away from its annual two minute of fame, isn't immune to the creeping blight infecting America know as "political correctness". statue was a gift to the residents of the City of Louisville. It was not given to the government of Louisville nor to the University of Louisville, which didn't exist at that time, to do with as they please. Even the Louisville Metro Council and historical societies, local and state, lacked the backbone to step up and say anything. The memorial wasn't given in celebration of the fading glory of the "Lost Cause" or in perpetuation of the myth that the Civil War was fought to protect the economic interests of less than 4% of the South's population or for any sense of superiority. It wasn't even given to the citizens of Louisville as a reminder of the war itself, and the most terrible in our nation's history. Kentucky, a slave holding state, officially remained neutral and did not secede, Louisville remained firmly committed to the North while much of state leaned toward the Confederacy, especially after the war the resulting mistreatment of the South under Reconstruction. The monument was given in remembrance of the brave men who gave their lives for their country and their ideals. Hundreds of such monuments, honoring the dead of both sides were erected all across America, and thousands more have been erected to honor the dead of subsequent wars, some of which also being equally unpopular. However, Louisville Kentucky isn't the only place where this disease of political correctness has spread. Efforts to erase the likenesses of Generals Robert E Lee, Stonewall Jackson and President Jefferson Davis from Stone Mountain in Georgia have been attempted several times. In Memphis Tennessee, some individuals have sought to dig up the remains of General Nathan Bedford Forrest and his wife and them removed from a public cemetery; some have been callous enough to suggest that their bodies be thrown in the local garbage dump. Other cities have jump on the "rewrite history" bandwagon and attempt to dig up the remains of their famous Confederate war dead who happen to be buried in public cemeteries. A few have places been successful in prohibiting the small 3" x 4" Confederate flags from being placed on the graves or from flying the larger flag from a pole in the center of their section. A few naive communities have even forbidden anything doing with the "Lost Cause" from being displayed, bought or sold at flea markets, historical and military events---including gun shows (Louisville being one of them). We already have seen where some states have betrayed their history by removing elements of the Confederate flag from their state flag without asking those they were elected to represent. 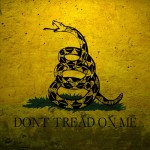 True, the Confederate flag has been appropriated by certain hate groups, but that can't be helped. These same hate groups also fly the Nazi Swastika flag alongside the US flag. Some have started showing up with the Gadsden "Don't Tread on Me" flag. Black power and Hispanic groups often show up with their respective tri-color red, black and green flags and the Mexican national flag at protests (some have dared to fly it over the US flag, an open and direct insult to America and all Americans). Should all these be banned? As it is, anybody can display any flag they want. During the Vietnam War, anti-war students often flew the North Vietnamese flag during their protests. They also waved the USSR "Sickle and Hammer" flags and wore t-shirts with images of Che Guevara on them.

It's often said that those who forget their history are doomed to repeat it. It's also said that a nation which forgets its history forgets it ideals and ceases to become a nation. Political correctness is destroying this nation. Changing the emphasis from a melting pot where we absorb the best each culture has to offer, which in turn makes us stronger, the liberal mindset has promotes multiculturalism whereby individuals are encouraged to stand apart; to remain separate. It's not that anyone wants to take away their customs or traditions. It's that they should not expect---or demand--that others conform to them. It's fine that they continue to speak their own language, however, they shouldn't expect others to adopt theirs nor for taxpayer's dollar to make it easier for them not to adapt to their new home. A common language and shared customs and traditions are the threads that weave together a common heritage and make a nation strong. We have lost that. The courts have told us that separate but equal are inherently wrong, yet we've allowed this to become the norm of our society.

People today claim to be "offended" the way most order a glass of water. College (and even high school) students demand "safe places" where they won't be "offended". Well, I've got news for you. The 1st Amendment of the Constitution guarantees your right to be offended. In fact, it practically assures you that you will be offended by something at sometime during your life, but then that's life. As hard as it is for some people, or some groups, the world doesn't revolve around them. The rest of us aren't here to cater to their whims or shelter them from getting upset. Diversity, for which we strive, is about accepting every point of view, not just the one's you agree with. It doesn't mean you have to agree with it, or even like it. In fact, you can hate it all you like, but in America, we each have the right to our opinions. We don't have the right to impose those opinions on others however. That's what tolerance is all about.

Right now we're dealing with an enemy who would like to impose their religion and values on us and if possible, the rest of the world. From their perspective, you have the right to adopt the cultural and religious world view...or die. Your choice. Europe is now learning the hard way that no good deed goes unpunished by accepting millions of colonists...err...I mean "refugees"...who seem to be under the misconception that they are guests in host countries; that these host countries are not going to adopt their religion, no matter how much they protests, or accept their customs such as gang raping (and murdering) women who are "improperly dressed or unescorted by a male relative, or even that---for some unexplained reason---they are "entitled" to free furnished housing, free food---Halal naturally, free medical care, free transportation, free house cleaning (by non-Muslims of course), free education, separation of men and women in public places, demanding that all pork, tobacco and liquor sells stop "or else" and, well, you get the idea. We are dealing with a similar situation with illegal immigrates regarding taxpayer based services and a oblivious government which has completely ignored the demands of its citizens (such as their lack of fear of the ballot box).

This is what happens when a nation or society loses pride itself. When it loses it sense of identity. When a People loses their moral and cultural direction, they begin to forget who they are and what they represent. That's the sickness which begins with "political correctness" and the misplaced belief that everyone can be appeased, but in doing so, others must be persuaded or, eventually, coerced into silence. Being "offended" once meant that something presented a indirect or implied moral threat. Now, it means being a afraid and demanding someone else take your fear away. I see it as having a lack of self confidence and self conviction.