The Politics of Halftime: A Shadow Over Super Bowl 50

A friend of mine recently commented that while she didn't support the "Black Lives Matter" mantra, and, instead, preferred the "All Lives Matter" message which is more encompassing of all life in general, she really didn't have a problem with Beyonce's halftime performance at Super Bowl 50 this year which appeared to promote a racist and anti-police political message. She went on to state that Beyonce' had a "right to free speech" and to her "freedom of expression". Well, yes she does. It's call the 1st Amendment to the Constitution. However, there's also a proper time and place for everything, and halftime at the Super Bowl isn't exactly the correct venue for politics. Halftime, which over the years has seen its share monster performances and monster disasters, is supposed to be family oriented entertainment (which brings into question some dress and moves of the performers and their backup, especially, in this case, the double bandoliers which seems rather out of place for someone who previously claimed to be anti-violence and anti-gun). Halftime entertainment is also suppose to keep viewers from changing the channel and to get fans back in their seats as quickly as possible. It is not, however, suppose to be to send a political message. As many have pointed out, halftime at the Super Bowl is perhaps the biggest stage on the planet with tens of millions in watching the game around the world. Perhaps that's exactly what Beyonce' was thinking too. 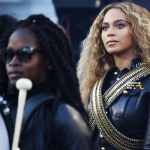 As most of you should know by now, Beyonce' and her backup, dressed in pseudo-Black Panther outfits, complete black leather outfits and berets like bearing a striking resemblance to the Black Panther "uniforms" complete with their use of the "Black Power" fist salute; they even formed up in the Black Power "X" symbol during the performance of her song "Formation", which completely overshadowed her fellow halftime performers, Coldplay and Bruno Mars. Her song, complete with a video showing her laying atop a sinking New Orleans police car, clearly sent a anti-law enforcement message (although Beyonce' and her entourage had no problem accepting a heavy police escort both to and from the Super Bowl). The video also showed a line of individuals dressed as police officers in riot gear surrendering to a dancing black child wearing a hood, and ends with a pan to a scrolled message on a wall, "Stop Shooting Us"; a direct reference to the "Black Lives Matter" movement. Later, after the performance, Beyonce's beret wearing black leather-clad backup dancers posed with a sign reading "Justice 4 Mario Woods" (Woods was shot in December 2015 by five officers with nonlethal bean bags of lead pellets following a report of a stabbing. Woods still refused to drop the knife, resulting in officers shooting Woods 15 times at near point blank range). The idea for the sign came from two San Francisco "Black Lives Matter" activists, Rheema Emy Calloway and Ronnisha Johnson. As tragic as this shooting was, should it have been allowed to impact the Super Bowl? Of course, this too begs the question as to how the NFL Commission and national media, which has been mostly quiet on the issue, would have responded had a different performer, say a Country/Western group or singer using the Confederate flag (often wrongfully associated with racism) and sung something political (Charlie Daniels' "The South's Gonna Do It" comes to mind), or a Heavy Metal band dressed as Waffen SS shock troops singing about anarchy, booze and sex like Slayer or Metallica. Then again, what about a Christian oriented group using Halftime to promote a "Christian" message or some Hispanic performer using the event to voice their support of illegal immigration? It's all perfectly acceptable to me so long as everyone gets an equal opportunity to air their own political message. After all, what's acceptable for one should be acceptable for everyone else wouldn't you agree?

So, the message Beyonce' seems to have been sending with her Halftime performance, besides promoting her album (do they still call it that?) which was released the day before, was one of encouraging racism, violence, and apparently, based on her video, anti-law enforcement. Is this the type of family oriented "entertainment" the National Football League wants to promote? I sure hope not. I've been watching professional football since the early '60s; back in the days of the AFL vs. NFL. I've never missed a Super Bowl over these 50 years. Some of the halftime shows have been terrific and some have been real stinkers (remember Up with People, Black Eye Peas, Madonna, or The Who?), but I don't recall any which had an overt political message. The NFL Commission, owners and players owe the fans a sincere apology for allowing a family oriented event to be turned into something so political and racial. 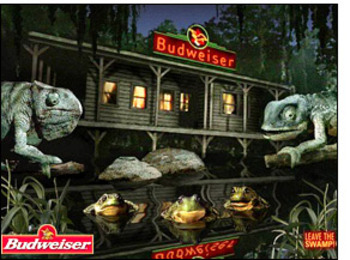 As an aside, would it also be too much to ask that those responsible for the commercials to get back to providing some funny or at least entertaining commercials? After all, they're paying mindboggling amounts for their mini-minute spots, they might as well be worth it. This stuff they've been showing for the past several years isn't very funny (and some of it is downright weird or creepy) or worse, it is boring as hell. People used to look forward to the Super Bowl for the great commercials almost as much as they did for the game itself. Nowadays, people look forward to seeing just how lame the commercials are going to be. Is that really what the sponsors want? How about using a little imagination for a pleasant change? And while I'm at it, can't we get the NFL Commission do something about the hair length some of these players wear? Individuality is great and all, but it shouldn't be so long as to cover their name or jersey number. However, if they insist on wearing it that long, it should be fair game when it comes to tackling. All it would take would be one good handful to schedule a visit to the barber.


How activists got a Black Lives Matter sign into the hands of Beyonce's dancers
http://www.theguardian.com/us-news/2016/feb/08/beyonce-dancers-black-lives-matter-super-bowl-half-time-show-mario-woods-fatal-shooting