How to Mismanage a Perfectly Good Crisis The situation in Europe with the Moslem "refugees" isn't getting any better. There continues to be attacks, though they're getting less media coverage than previously, which wasn't a lot to begin with. In some cases, social media sites have been deleting unfavorable comments or articles by individuals or news sources. It's as if "someone" or more likely a group of "some ones" are wanting to keep a lid on this. Apparently the violence; petty crimes like vandalism, thief, as well as the physical assaults, rapes, or murders don't fit the image they want the public to see. I wonder why this is?

Beginning in the late 1960's and continuing into the 1970's and 1980's, Germany encouraged immigrants, mostly from long time ally Turkey, to come to Germany. Like the rest of Europe, Germany was and is facing a significant decline of native birthrate. However, Germany's economy was booming and thus there was a serious labor shortage. These Turkish immigrants, mostly poor and uneducated, fit the bill just nicely. They took the dirty, menial low paying jobs the Germans didn't want to do. However, with the reunification of East and West Germany, and later, the fall of the Eastern Bloc, workers swarmed into the much more advanced Western Europe seeking opportunities while Western businesses looked to Eastern Europe for potential site for development as well as a sources of potential labor which shared their European culture and in many cases, languages.

As a result, Europe in general, and Germany in particular, no longer needed their lowly foreign "guest workers". However, despite repeated urgings of the German Government as well as offers of financial assistance to relocate---preferably back to Turkey or at least out of Germany, there were few takers. In fact, Germany faced a influx as friends and relatives and simply down and out individuals made their way to Germany and other parts of Europe. Many of these individuals wound up on Germany's very generous and stressed welfare system. 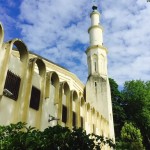 Some of these immigrants crossed over Germany's borders into nations like Holland, Belgium, Denmark, Scandinavia, England and France, which weren't suffering from a labor shortage, at least to the degree that Germany had been. However, what they did have was a policy of welcoming individuals who were classified as "refugees" as defined by the European Union and the United Nations, but more importantly, they provided very attractive state sponsored welfare packages which made it quite easy to start living off the system with minimum effort. Their liberal political policies also contributed to making these countries so attractive. England and France face a unique problem as well. Both were colonial empires, and as a result, had a shared history as well as an economic and in some cases, military relationship with many of their former colonies.

As a result, in addition to the spillover from Germany, there was an influx of poverty ridden immigrants from northern and southeast Africa as well as from the Middle East and Central Asia. Certainly, the collapse of the USSR didn't help either. The former USSR maintained tight control over a number of self-styled "Anonymous Republics" along its southern border running from Turkey to Pakistan which encompassed millions of individuals who lived in tribal communities. Another key factor was a major blunder by the Soviet Union---the invasion of Afghanistan. Russian political and military leaders supported the installation of a puppet regime just as the US had done in Vietnam and elsewhere. What the Russians apparently hadn't counted on was the resistance they would met from the Afghani people. US intelligence agencies and members of Congress and the military were delighted. In fact, just as Soviet Russia and Communist China had aided the North Koreans and North Vietnamese, as well as various other guerrilla insurgents throughout the world, the US would return the favor by arming, training, and financing the Afghani rebels. Through US encouragement, the resistance to the Russian invaders morphed from a nationalist war into a religious war.

Once this occurred, thousands of devout Moslems rushed to join the fight. Of note is that the majority of these individuals were unemployed, low skilled with little or no education. These were individuals who were left out of Western supported oil and gas development which was controlled by prominent families who had originally been either installed or supported by their former colonial masters. Of course, there were exceptions. Some were quite notable exceptions in fact, such as Osama Bin Laden (Bin Laden for instance came from a very wealthy family engaged in the construction and real estate development business with connections to the royal Saudi family) as well as several sheiks and Imams who had Western educations and/or connections.

This, it seems, was the spark which ignited our present situation, which led to two Gulf Wars (the first for the liberation of Kuwaiti oil and the royal family...err...I mean the Kuwaiti People...yeah, that's it) and the second to remove a neutered Saddam Hussein and install our own puppet government to manage the flow of Iraqi oil and gas and serve as a buffer state against the Iranians. There was the invasion of Afghanistan following the cowardly 9/11 attack to remove a repressive Taliban as well as the capture of Bin Laden and Al Qaeda leadership. Following US and Allied strategic failures, another attempt at the creation of a new counter-insurgent group, ISIS, backfired. Further policy failures resulted in the destabilization of neighboring Syria and the ongoing devastation that country is still experiencing. It is out of this cesspool, that has resulted in Europe's recent troubles (and soon to be coming to a country near you. Oh joy). Many have questioned the legitimacy of these individuals as "refugees". Under UN guidelines, refugees are supposed to be allowed to enter and settle in any stable and non-combatant country where they find food, clothing, fresh water and medical care, yet millions are bypassing such nations to enter Europe. The media claims most are families, yet reports indicate they are mostly young single men--apparently healthy, well nourished and clothed. The media claims they are diverse background, yet again reports indicate otherwise. The overwhelming majority are Moslem, some from countries not involved with the ongoing conflict, while Christian and Kurds refugees who are had been systematically refused entry at major checkpoints in Turkey and Syria. Of the roughly 2 to 3% who do make it through, almost to a person they've reported harassment, beatings, theft, and yes, rapes while the perpetrators--if found---go unpunished.

Why? Could it be for the same reason that those guilty of the attacks in Europe; the individual and gang rapes, beatings, and so forth are excused? Why is it that the German government officials in Cologne, Hamburg, Munich, and elsewhere have been quick to blame or ignore the victims? Even when the local Imams proclaim that the Western women "deserved" it because they were alone, or not dressed properly (as they define it) or were wearing perfume and so forth. Why are government officials in England so quick to bow to threats from these individuals---forcing the English to comply? Same in Germany. Why? I have no doubt the Germans or Danish, Swedes, Norwegians, Dutch, Belgians, French and others have the backbone to stand up for their countries, their families and their friends but certainly it appears their political leaders do not. I suppose if it happened to their wives, mothers, or daughters it might change their minds, but I doubt it. Liberalism works well when everyone is playing by the same rules, but clearly these individuals are not and don't intend to.

I don't want to put all the blame on Europe. The US is clearly at fault too. We helped open this Pandora's Box. Since it's opening, the US has lost its democratic republic, which has been replaced by an oligarchy. We have the deepest and widest income divide in our history. The top 1% control more assets than the bottom 1/3. Globally, the top 1% will control half of the world's economic wealth by the end of 2016. Look it up for yourself. The political system is broken beyond repair. The US economy is puttering along, but it's doing so on a wartime economy; that is, on a artificially stimulated economy thanks to all the global conflicts. Most of the well paying productions jobs have been exported to cheaper markets, sometimes involving child or prison labor. The standard of living has continued to decline while our debt continues to rise, creating a serf class in lieu of a working class; shattering the Middle Class which was once the economic and social engine of this nation.

Race relations have plummeted, often over what appears to be manufactured events in some case and gross incompetence in others, while the corporate media dictates content and the "crisis-du-jure". In today's managed world, image is everything. We are facing the dual threat of unrestricted illegal immigration, 11 million and counting, while the Obama Regime vacillates from trying to rekindle the Cold War with Russia, invade Syria, and importing thousands of so-called "refugees" instead of creating a stable area within their own countries or asking our so-called Arab allies to open their largely empty refugee facilities which are capable of holding tens of thousands of refugees. I wonder why they haven't stepped up and offered?

We've endured internal terrorists attacks (where or not the government acknowledges it as such is irrelevant) plus challenges to the Constitution and US laws such as substituting Sharia law where there are significant Moslem populations. Some of these threats will subside while others will remain or worsen. Many liberals "poo-poo" all this as just part of a changing world, yet if these extremists succeed, these same liberals-- be they feminists, the LGBT community, anti-2nd Amendment, limo-liberals or whatever---will likely find themselves hanging from trees, thrown off roofs, or sold, yes sold, into slavery. They don't want to live and let live. They don't want to hold hands and sing "Kumbaya". The majority of Moslems are good people. They oppose most if not all of this, yet they remain silent. They neither say or do anything. Unfortunately though, to these extremists their silence is seen as acquiescence.

What we need to realize and accept is that the world we knew pre-9/11 is forever gone just like Europe and the rest of the world following the end of World War One which saw the fall of three empires--Germany, Russia, Austro-Hungary, the crippling of three more---England, France, Ottoman (Turkey), the rise of the US and Japan and a restructuring of world military and economic power. We need to take stock of our values individually and as a nation just as Europe, Russia, and the rest of the world does. It's time we decide what really matters and act while there's still time.
Posted by Paul Hosse at 1/22/2016 04:36:00 PM