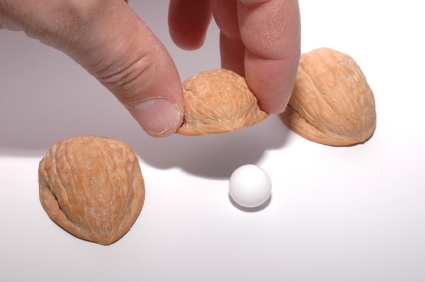 The latest sleight of hand has redirected our attention to Ferguson and the death of Michael Brown, and all the subsequent riots, looting, and copycat protests, and another youth shot and killed by police. Of course, I'm not saying this or the others are insignificant events. Far from it. In fact, their significance may even be underplayed. America had been focused on the 60,000 or so children that are being abandoned on our doorstep, with more supposedly coming, in addition to the 12 million or so here illegally. These children, I should add, came from dirt poor peasants but "somehow" managed to scrap up $7000.00 dollars per child, and sent them not just through the length of their own country, but 1800 miles through Mexico, escorted only by smugglers who work for the drug cartels. Think of the logistics that would have entailed. And we're somehow expected to believe that through some strange alignment of the stars, this "migration" of kids from three different Central American countries just happened on its own. Baloney.
On top of that, these "children" were "escorted" across the US border by elements of the Mexican military just as our border patrol was being redirected elsewhere with renewed instructions not to engage, even defend their selves when those on the other side of the Rio Grande River are shooting at them. What about the fact that some claimed to have relatives living in the States (illegally I wonder?), and they "promise" to check in with immigration authorities when they arrive, but---surprise surprise---never do. And, what about the ones who are sick or infected? Where are they being siphoned off to in the dead of the night? Apparently no one, not even the border patrol seems to know. Then there's that other pesky little problem---the gangs who are crossing with them.

Some of these, like MS13, are as fearless as they are dangerous. These gangs have close links to some of largest and most powerful drug cartels in the world and are responsible for some of the most brutal crimes you can imagine. US prisons do not deter them. Most have already done time south of the border; prisons known to be absolutely brutal. An American prison is almost a vacation by comparison. If there's a pecking order, you can bet they are pretty near the top. They've become so powerful, they even control much of what goes on inside the prisons themselves, and to an extent, even outside the prisons as well. These are the same gangs which have eliminated other gangs, mainly black, wherever they go. And while they're cooling their heels in various immigration holding centers pending processing, they are busy recruiting new members. But what's even more chilling, is that these gangs are now believed to be helping smuggle in terrorists from the Middle East through our southern border while also helping them get established in towns and cities all across America. Meanwhile, Congress bickers and the President goes golfing.

There seems to be no lack of distractions to keep Americans from the border issue. I don't question that some, if not most or even

all, are very important to the security and wellbeing of America and Americans, but instead of jumping from one fire to another, we need to stay focused on issues of prime importance to the American People and getting them resolved immediately. The corporate media is always looking for the next big thing; it drives ratings and ratings drive revenue. But it's not all ratings and revenue. They're also trying to control what we see; for how long; how we should judge it while simultaneously attempting to overwhelm us to the point where we simply tune it out and retreat into our own little worlds. However, what's keeping these corporate executives awake at night is that more and more Americans are waking up. We know what issues are truly important. We know what we want resolved, and how we want it resolved. We're refusing to be led by the nose any longer. That's why we keep returning to issues like illegal immigration. That's why we're willing to do at state and local levels what Washington won't do.

As for illegal immigration, corporations support amnesty, and since they control the levers of power, they mean to have it. Corporations need workers whose loyalty will be to the corporation; who are not conditioned to challenge the system. The increase in potential employees drives down the availability of jobs while the demand for jobs will remain high. Therefore, individuals will be willing to work longer and harder for less, and they will be less likely to make waves. They'll be happy to have a job. As for unions, they've been in a downward spiral since the early '60's, and with their loss of membership, has come their loss of clout. Many have made a "devil's bargain" of sorts with the business owners to keep the employees in line and off the picket line. New members will add more dues in their coffers, but don't expect any change in the current business arrangement. In the end, corporations will become even more powerful than they are now since with fewer jobs to go around, employees will be more apt to keep their heads down, their hands busy, and their mouths shut. 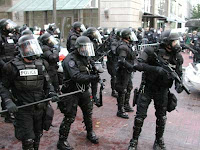 Lastly, all the various crises. I personally believe that some of these "crises" are by design; that is, of the government's making at the behest of their corporate backers. We've already surrendered our democratic republic for an oligarchy. The gap between rich and poor has never been wider or deeper. As we march toward fascism--that is, a nation controlled by corporations--what we do, think, and act become critical components to be managed. That's why practically everything we do to everyplace we go, is monitored in some form or fashion. Of course, the justification is that it's for our own safety. It always is. That means we must forgo certain privileges or natural rights such as privacy in exchange for an alleged collective security. Soon we 're conditioned to accept that we're being watched; recorded; and abstracted in everything we do, no matter how "personal" it is. Even our wants are increasingly being anticipated and provided for. We will, at some point, come to accept being micro-chipped just as we do our pets, and for many of the same reasons. We'll carry our entire medical, financial, and even personal information in some chip embedded in our hand or arm. But it will be even more than just that, our psychological makeup will also be encoded in order to anticipate or predict our behavior, from committing a crime to willingness to try a new flavor of ice cream. Who knows? Perhaps we'll get some electrical shock for minor infractions to self-alerting the police for something major. A police state's dream come true. But not to fret, we will be given ample amusements to keep us entertained, from the latest celebrity gossip to fashion trends to mind numbing TV and video games while we're encouraged to leave governing to the professionals. Education too will continue to be dumbed down in order to obfuscate certain principals, histories, or ideals, not to mention dulling our critical thinking skills. Bread and circuses. As corny as this might sound, the technology is already here, and there seems to be no shortage of human volunteers. Meanwhile, as events in places like Ferguson have shown, the police are increasing militarized; not just outwardly, but internally as well. They are increasingly conditioned to see us as separate or different; as potential criminals to be watched. Wars, famines, diseases and so forth appear manufactured to increase the wealth of the corporate bloc, while the ever watchful eye of the emerging police state scans for those who would challenge the "New Order". Capitalism, in its present form must consume to live. Failure means decay and eventual death; fated to become a trivia question on "Jeopardy". The independent thinkers and the free spirits will have no place in this unfolding new fascist utopia. But maybe all will be well in the end. Perhaps, when that day eventually comes in the not too distant future and we find ourselves in cages of our own making, comprised of electronic 1's and 0's, we'll console ourselves with the notion that the illusion of freedom is almost as good as actually being free once was. At least, that's what we'll be told.