As our nation heads for a "Thelma and Louise" moment with Obama and Boehner playing the title characters, I have to ask myself if the actions of these two individuals reflect the will of the American People. After all, isn't that what they were elected to do---represent you and me? Of course, both "gentlemen" will tell you they are, but from outside the Beltway, in the world of mortgages and coupons, it sure seems like they're playing political chicken with our financial future. It's like a high stakes game of Russian Roulette, except they're using our money to finance the game and the gun is aimed at our heads, not theirs. 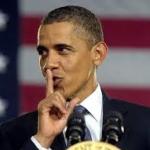 Although Obama won re-election for a myriad of reasons, the fact is that he did not receive a mandate from the American People, and neither did the Republicans, who remain in control the House. US Taxpayers don't trust either party and thought the safest thing to do was pit both sides against each other in the hope they'll offset each other and leave us alone. It worked in the past. Well, that's not how it's playing out. It seems both sides are using us as their piñata as they take swings at each other. This can't go folks. We can't continue to elect the "lesser of two evils" in the hopes they'll be at each other's throats and we can squeak by. That's no way to run a railroad (though it's a good way to get railroaded as we now know).

o, what do we? Well, there are three visions of America in play right now, but there can be only one answer. The other two will be swept in the "dustbin of history" as Leon Trotsky once famously remarked. The first vision, Obama's, is to remake America. Obama has allegedly said on several occasions that the US Constitution is outdated and needs to scraped in favor of something more "contemporary". There's no question that the America of 1776 isn't the America of 2012. He has taken America further to the Left than ever before in our history. A lot of people are calling him a "socialist". While that's meant to be a slight, it's hardly accurate. Socialism is control of government and common ownership by and for the people. That's certainly not what he appears to have in mind.

Nevertheless, Obama is wanting the "rich" and middle class to pay more taxes; clearly a transfer of wealth. He is also imposing the federal government onto health care; not through regulation, but through punitive taxation. He has done little to end our addiction to Middle Eastern oil, but he has shown an increased willingness to follow the dictates of international organizations, including the UN which raises the question as to where he places US sovereignty. He has open our borders (and the taxpayer's pocketbook) to illegal immigration; not for humanitarian reasons, but to cement his political strength through numbers. He has shown an increased willingness to use the power of the Executive Order to bypass Congress to short circuit the balance of power as established by the Constitution. So, I think it can be safely assumed that Obama wants to enhance the power of the federal government to create a "cradle to grave" State, or as the late Dr. Bertram Gross coined, "Friendly Fascism".

The other vision, which belongs to the Republicans, isn't vastly different. They seem to protect the interests of big business from additional taxation and regulation (though regulation on small businesses seem to go unchecked). They would like to shift the addition burden of government service down to the middle class while the "balancing the budget" through cuts in social programs. They are looking for a presidency which has to go through them to get anything done, which, again, would appear to be an attempt to short circuit the Constitution. They too have ignored any efforts to close the borders to illegal immigration. Not for humanitarian reasons, but because this would add more workers, which would reduce wages and benefits and increase profit margins for corporations. On the issue of national healthcare, they see this as an unnecessary intrusion of the federal by mandating employer carried insurance on businesses with 50 or more full time employees. As a result, these "compassionate" employers will simply reduce the number of full time employees and/or cut wages and increase prices. This will force more people into a government mandated pool. On the global front, their interest is helping businesses open more markets. They've worked to kill alternative energy initiatives while protecting established oil, gas, and coal special interests (of which many are prime beneficiaries). Capitalism is an insatiable beast. The end result is a big government seeking to expand its power and intrusion into everyday lives. In short, a fascism uniquely all our own. 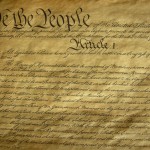 The third and final vision of America is vastly different form the first two. It recognizes the need for a basic safety net. But one in which everyone contributes and whose use is temporary. Everybody needs a helping hand now and again, but public charity shouldn't be career option and there should be no "reward" for unproductive behavior. Taxes are, at best, a necessary evil. However, everyone should be required to pay their fair share ("fair" being the operative word. I personally favor consumption tax in lieu of what we now use). Success should be encouraged, not penalized. Corporations are not "individuals" and should not have the same rights as individuals, especially when it comes to influencing government. Since the nature of corporations is to generate profit above all else, the interest of the public will always takes a back seat. Therefore, corporations should be regulated and required to pay a minimum tax. This vision seeks a smaller and much less intrusive federal government, with more authority going to the states and local communities. It supports old fashion innovation, and that includes new forms of energy. No country should not be held economic hostage by any other nation or group. We exist as nation of laws, and that includes enforcement of laws pertaining to our borders. Those who came here illegally and want to stay, need to apply just like everyone else. Those here illegally are not entitled to the benefits of being a citizen in any sense. English is the language of this country. Learn to speak it. It's what is expected of immigrants in other countries. Government should have little role in what goes on in our personal lives, and yes, that includes our bedrooms whether or not we happen to personally approve someone else's preferences.

What this third vision of America seeks is a smaller and less intrusive federal government with greater individual freedom while maintaining a watchful eye on big business. It seeks a more balanced and fairer tax system that provides for a basic national safety net while not destroying one's sense of personal worth or ability to be a productive member of society. It seeks to maintain our national sovereignty and encourage legal immigration, and that means becoming part of our national melting pot not creating nationalistic enclaves. Lastly, this vision believes in the Constitution as it was written.

The question is which vision will finally prevail? That's the real question which is being played out in Washington and governments all over the country. There's little difference between the first two, which leads to economic serfdom, and the third one may already be too late. Under the first two, we lose. Under the last one, we have a chance to grow and prosper as a nation again. Certainly time is quickly running out if it's to become a reality. So, what will you do? Sit back and watch TV or play some video game? Continue to participate in the slight-of-hand con being played out by the two major parties using your money with your future and that of your children and their children on the line? Or will you say "enough", and work to restore America to what it was meant to be? It's time to look up and see what's really going on.