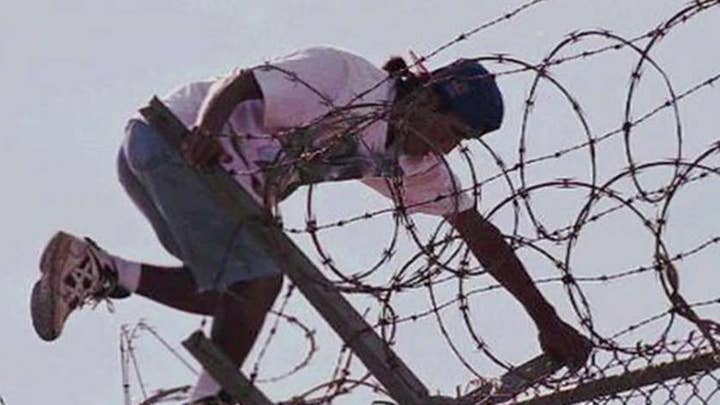 Illegal immigration from Latin America into the United States has gone bad to worse since the end of 2020. The influx has been the result of  worsening economic conditions brought on by a rise in prices, stagnated wages, and an ever increasing unstable political situation cause by corruption and sanctions. Rising crime (particularly murder) triggered by the drug cartels and growing unemployment (in part due to the spread of Covid) made the situation even worse.

Additionally  best estimates put the number of illegal immigrants now living in the United States currently at over 11 million.  It's also worth noting that there currently 48 million foreign born residents living the U.S., an increase of 2.9 million under Biden.  That's 14.6% of the total population or one in seven residents.

The "Remain in Mexico" agreement (officially known as the "Migrant Protection Protocols" or "MPP") between Washington and Mexican authorities has recently ended, which has given would be immigrants, many of whom are trying to enter under the auspices of being an asylum seeker, a green light to flood across the border.

The agreement was implemented under the Trump Administration and administered by the Department of Homeland Security. The program was terminated on June 30, 2022 due to a 5 to 4 decision by the Supreme Court following a lawsuit filed by the Biden Administration (Biden vs. Texas).

Under the "Remain in Mexico" program immigration officials and border agents in the U.S. were given some breathing room by requiring potential immigrants to remain on the Mexican side of border while their applications were being processed (due to the volume, the average processing time was about five years) with immigration judges often reporting a backlog of as many as 5,000 cases on their dockets.

It should be noted that the United States recognizes only individuals being persecuted for racial, ethnic, political, or religious status by their government eligible for asylum. Individuals seeking entry for economic reasons are not recognized as legitimate candidates for asylum.  In addition, individuals seeking asylum are required by international law to apply for asylum in the next closest stable country, which in the majority of cases, is not the United States.

As an aside, we often seen immigrants and proponents of open immigration carrying signs which read something like "No One is Illegal" seem to forget that while people aren't "illegal", their actions are. That's why we have laws and a judicial system. People who don't follow the law often pay a price, be it fines, jail times, or, as in the case of most illegal immigrants, deportation.

America, like every other sovereign nation on the planet, has the right to secure and protect its borders. There are laws and procedures for anyone wanting to enter the country. They are there to be followed, and are designed to help the would be immigrant as much as the intended host country.

Secondly, trying to jump ahead of those waiting in line to immigrate is wrong. First, it's a violation of the law.  Why should your first act to become a resident of a new country be breaking its laws? It also punishes those who've taken the time to do the right thing and delays the already lengthy process even further. Would you want someone to do that to you?  Lastly, it depletes limited resources, which hurts new residents and applicants alike.

The link below is to a short article published by the Council of Foreign Relations dated December 1, 2022. It goes into additional detail about the worsening illegal immigration crisis, especially the growing number of children dumped on the border and the rising number of applicants for Foreign Worker Visas. If you want to know more about the current status of our illegal immigration crisis, I urge you to read the CFR report below:

UNHCR: What is Asylum?