The Republican Party: Fissure and Future

Thanks to the election of one of their own, the Status Quo is back in power. President Biden has set about undoing most of President Trump's accomplishments, not to mention removing many of his  Federal appointments. It will be as if the Trump Presidency had never really existed. It was just a momentary aberration between Obama and Biden.

I suspect much of what Biden will do during his first few months in office will be to rebuild the political structure first put into place under Obama, and which were to be deepened and expanded under a Hillary Clinton Administration. Instead, it will be left to Biden and his Vice President, Kamala Harris, to rebuild and the Establishment to implement ways to ensure that an political outsider like Donald Trump can never again be elected to the Presidency. That will be the end result of the second impeachment.

Donald Trump was viewed as a irreverent by the two Establishment parties. Ted Cruz and Marco Rubio called him a "clown" and his campaign a "clown circus" during the 2016 Republican Primary. No one took Trump seriously. Not the Democrats. Not the corporate owned media, and definitely not the Republicans.

Even after winning the Primary, he wasn't taken seriously. The Establishment Republicans had resigned themselves to another Clinton Presidency, which didn't bother them all that much. Hillary was "one of  them"; someone who had established her right to rule (not govern) by virtue of her connections and wealth. She was a top notch game player.  They could work with her.

Then came election night 2016. What happened stunned to the Status Quo. They all knew that Hillary hadn't connected with the electorate. The Establishment was aware that voters were angry over growing allegations of Hillary's "pay-to-play" foundation and as well as Benghazi, resulting in the murder of a U.S. ambassador and three American security personnel, among other troubling things. 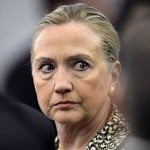 They saw Hillary's odd behavior on the campaign trail just as we did, but nobody thought that a ultra-conservative populist and political outsider like Trump had any chance of winning. Besides, the media was giving us ample distractions---bread and circuses---to keep us entertained and at worse, confused. Hillary was a shoo in.  Yet, "The Donald" won anyway.

To call the Establishment stunned by Trump's victory would be a gross understatement. They were gobsmacked. Nevertheless, they bounced back with a vengeance. The Establishment Republicans would be tasked with "managing" the new president and keeping him under control.  Along with the Establishment Democrats, they would continue to keep the nation's neo-fascist trajectory on course though those in leadership positions within Washington's bureaucracy.

Meanwhile, the corporate media would begin with an all out assault on Trump and his administration. It would dig up or manufacture anything negative they could. Trump would be forced into a corner and would stay there for the next four years. This was to be character assassination writ large. But the stadiums remained full. His approval rating among conservatives remained strong. The populist President only got stronger while the Establishment got weaker. Such was the public's contempt and mistrust of the Status Quo.

The antics of Speaker of the House, Nancy Pelosi benefited the President too. Her frustration was the subject of public ridicule.  Attempts by both the Senate Majority and Minority leaders (Mitch McConnell and Chuck Schumer) to reign in Trump failed. Even after the first impeachment, Trump remained popular (as did Bill Clinton after his impeachment).  Nothing seemed to work.

But, ultimately Trump was defeated by the very Establishment he fought so hard to expose during the four years of his Presidency. Trump now faces a second impeachment---a first in U.S. history---based on tweets he sent allegedly calling for insurrection during the certification process of the Electoral College; tweets which were blown out of proportion by a humiliated media and desperate Status Quo. 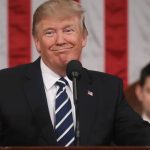 So, now Trump faces a second impeachment for alleged sedition . The media no longer provides Trump a forum to answer the charges directly to the public Social media has blocked him too. Members within his own party now shun him. Nevertheless, the true purpose of this latest impeachment hasn't been lost on anyone. It's to ensure that Donald Trump can never again run for public office.

Given Trump's popularity, which hasn't dimmed since leaving office, no one within the Establishment wants to see Trump in power again. Senator Mitch McConnell openly stated that it was time to purge the Republican Party of all Trump supporters. However, this presents the GOP with a serious problem.

Many of Trump's followers (and some GOP leaders) have been calling for the creation of a new party; a political party independent of the corporate owned and controlled Republican Party. How many are we talking about? Polls show as much as 64% of conservatives would support a new conservative party (37% of all voters, regardless of party, said they would join a Trump led third party).

What does that tell you about the electorate? It would, of course, spell disaster for the GOP, which is now a minority party within the House and tied with Democrats in the Senate. It could seriously impact the Democratic Party as well.

Yet, within the Republican Party, its party bosses have asked Trump supporters not leave (which is ironic, given that just a few weeks ago many of the same party bosses supported McConnell in booting out any supporters of Trump). Instead, they've asked that the Trumpsters to remain in the party, perhaps forming their own clique, rather leave. Oh, what to do, what to do?

Back in the 1980's, another wealthy conservative outsider by the name of Ross Perot had come along. Finding that his avenues were blocked within the so-called Republican "Big Tent", he struck out as an Independent (later forming a new party, the Reform Party). It not just resulted in getting Bill Clinton elected by splitting the conservative vote, it reduced the power of the GOP at the local level.

As a result, the GOP leadership persuaded many of the Perot backers to rejoin the Republican Party and work for reform within the party itself. The result was as expected. The new party founded by Perot began to fold amid infighting. Perot supporters were isolated within the GOP and ultimately lost whatever clout they had while only a few of their goals were adopted. Finally, the Establishment Republicans and Democrats came together to ensure that another Ross Perot would never happen.

They created the Commission on Presidential Debates to keep third parties and Independents out of the national limelight in the future. They ensured that the big donors would support only the Democrats or Republicans (Citizens United later sealed the deal). Lastly, bipartisan legislation was passed to virtually keep third parties and Independents off ballots in many states through outrageous requirements. In short, they effectively made sure that voters had only two choices to pick from. So much for "free and open" elections.

A few years later came the Tea Party. They arrived like a hurricane, terrifying Establishment Republicans and Democrats alike, not to mention the corporate media. The Tea Party was all about getting back to the Constitution and Bill of Rights. If it wasn't there, it had to go.

The Tea Party was intended to be a populist, conservative, neo-libertarian, small government party. They backed fiscal responsibility, lower taxes, and more personal liberty. Rather than create a separate party, their objective was to seize control of the Republican Party from within. Some individuals choose to run as de facto Tea Party candidates under a Republican banner.

While they made great strides in the first few years, they eventually ran out of steam and were subsequently taken over by the Christian Right, with its focus on "Pro-Life" issues (and some would add, opposition to the LGBQT movement, including the Log Cabin Republicans who were gay conservatives). In time, it enveloped the GOP itself.

Meanwhile, moderates within the Republican Party (often called "Rinos" or "Republicans In Name Only") were purged from elected and appointed positions as the party shifted to the Right, even though they were encouraged not to form their own separate political party and remain within the "Big Tent" and move the party back to the center. The result was, unsurprisingly, the isolation of the moderates, and finally, their near complete ouster. Only a very few still remain.

As an aside, it's a bit ironic that moderates within the GOP were purged. It was under moderates that the Republican Party had it greatest successes; individuals like Teddy Roosevelt, Alf Landon, Coolidge, Eisenhower, Henry Cabot Lodge, Rockefeller, Agnew, Ford, and George H. W. Bush just to name a few. Now it's the Trumpeters turn.

Republican leadership wants to purge Trump supporters from the party. At the same time, they're encouraging them not to form a new party. Instead, they are to remain and reform the party from within. They claim that's what Trump wants too. Of course, we all know where that road leads. It is to the Status Quo's advantage to destroy any potential threats; the sooner the better. Unity is conformity.

The bipartisan Establishment is firmly in charge of the political system. They are part of the Oligarchy ruling this country (along with the global corporatists of Wall Street, which also owns the media). Together they make up the Corporatocracy which has replaced the Republic.

However, they aren't as powerful as they appear. That stale slice of the political pie they fight over is continuing to shrink. The majority of Americans are Independent, and that number is growing.  Third parties are growing too as more and more people wake up to the rigged game.

What will happen to Trump and his supporters? Trump won't disappear, at least not entirely. He loves the attention too much. He also understands (albeit to his surprise) that he has become the figurehead of a new political movement not seen in this country in decades. But can it be sustained or will it be co-opted like all other movements before it?

Perhaps. Trump can generate the money to get the movement off the ground, but what about the long run? He'll need a way to reach the public whenever and wherever he wants. He won't get that from mainstream media. Not even Fox.  He won't get it from the social media platforms either.

The GOP will do its upmost to strip his base from him; to discredit him post presidency. The media and Democrats will help. It will co-opt some Trumpian ideals which it will morph into so something less threatening to the Status Quo; much like it did to the Tea Party while purging the rest to the political wilderness as it did the moderates and Perot's supporters. But nothing will change; not really. The Status Quo will adapt and march on as it's always done.

Majority of Republicans would join a Trump-led third party.

Factions Within the Republican Party

Factions Within the Democratic Party