Well, it's official. Joe Biden is the new President and Kamala Harris becomes the first woman Vice President of the United States. Of course, there was and still remains a great deal of controversy over   the voting, but I don't think anyone truly had any doubt as to the outcome.

Donald Trump was the outsider who threatened the whole rotten apple barrel. There was no way the ruling elites---the Oligarchy---was going to allow "the Donald" another four years. They did everything possible that they could to distract, discredit, or derail Trump. The corporate media essentially "declared war" on Trump from day one.

So with Biden as the incoming president, the political and corporate elites  can get back to their usual modus operandi of obfuscation and behind closed door deals. In short, the Status Quo is back in charge again.  The question now is what should we expect?

As I've written previously, there won't be anything new from a Biden Administration. What we'll likely see is nothing more than a de facto third term for Barack Obama. Of the 15 positions Biden has to fill in his cabinet most are Obama era retreads who are tight with the corporate-political machine. Let's take a look at some of the ones we know about.

Key to Biden's cabinet is, of course, his Vice President, Kamala Harris. Ms. Harris is close politically and personally with Speaker of the House Nancy Pelosi, Diane Feinstein, and Chuck Schumer, not to mention Obama.

Biden's choice for Secretary of State is Anthony Blinken.  Mr. Blinken served as National Security Advisor and Deputy Secretary of State under President Obama. He is regarded as a strong interventionist, meaning that he believes in putting U.S. boots on the ground whenever and wherever U.S. foreign interests are at stake.

Blinken served as the Democratic Staff Director of the Senate Foreign Relations Committee as well as six years in the Senate. He is an internationalist (globalist), and has very close ties to Europe.

The Jewish born Blinken spent a great deal of time in France as a child. He is fluent in French and describes himself as a "Francophile". His wife,  Evan Ryan, worked as the scheduler for First Lady Hillary Clinton. She went on to work on Hillary's Senate campaign, and then as Biden's Assistant for Intergovernmental Affairs.

Janet Yellen has been selected to serve as the U.S. Treasurer. She had been appointed by President Obama to head Federal Reserve Board in 2014. She previously chaired the Council of Economic Advisors under President Bill Clinton, and before that was President of the Federal Reserve Bank in San Francisco.

Yellen was born into a Polish-Jewish family in the Bay Ridge area in Brooklyn New York.  She holds degrees from Brown University and Yale University. Her husband, George Akerlof, is also an economist. He received a Nobel Prize in Economic Sciences and teaches at Georgetown University. Yellen is an adherent of Keynesian economics, which means she advocates using direct monetary policy to stabilize the economy rather than allow the business cycle to self-correct.

Retired four star General Lloyd Austin III is Biden's choice for Secretary of Defense. Austin was the 12th commander of the U.S. Central Command (CENTCOM) and its first black commander. He previously served as the Vice Chief of Staff of the U.S. Army.  Austin retired from the Army in 2016 and went on to serve on the boards of directors of defense contractor Raytheon and Nucor, the nation's largest steel producer. He also served on the board of directors at Tenet Healthcare.

General Austin is a graduate of West Point and served in both Afghanistan and Iraq. Austin is Catholic and has been married for over 40 years. His wife, Charlene, is a non-profit administrator and served on the board of Military Family Research at Purdue University.

Alejandro Mayorkas  will head up the Department of Homeland Security. The Cuban born nominee, if approved by the Senate, would be the first Latino immigrant to hold the position. He served as Deputy Secretary of the DHS and Director of U.S. Citizenship and Immigration Services (USCIS) under Obama.  Mayorkas strongly favors an "expansive"  definition of "asylum seekers" and open borders.

Mayorkas had previously served as U.S. attorney for the Central District of California under President Clinton. However, while at the USCIS, Mayorkas ran into some trouble. He was accused of giving preferential treatment to wealthy and connected foreign investors. The Inspector General of DHS, however, found no violations and concluded that as Director of USCIS, Mayorkas had a great deal of latitude at his discretion.

Alejandro Mayorkas was born in Havana Cuba in 1959 to Cuban-Jewish Sephardic parents. He attended UC Berkeley and obtained his Juris Doctorate from  Loyola Law School.  Alejandro is married. 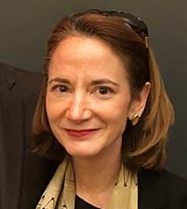 Biden has selected Avril Haines to be his National Intelligence Director. She had been previously appointed by President Obama as Deputy Director of the CIA. Prior to that she replaced Anthony Blinken as the Deputy National Security Advisor. She was the first woman to hold that position. In addition, Ms. Haines was a legal advisor for the State Department and the U.S. Senate Committee on Foreign Affairs which was chaired by Joe Biden.

Ms Haines is Jewish and was born in Manhattan New York. She obtained a undergraduate degree in physics from the University of Chicago and a law degree from Georgetown University in 2001. She was a consultant for Palantir Technologies, a data mining company, and WestExec Advisors, a firm which represents "secret" high tech companies looking to do business with the Pentagon and various intelligence agencies.  Ms. Haines is married to David Davighi.

While serving in the Obama Administration, Sullivan was also Deputy Assistant to the President and National Security Advisor to Vice President Biden.  He also served as Director of Policy Planning at the State Department under Secretary of State Clinton.

Klain is a former political consultant, lobbyist for Fannie Mae, and former chief of staff to Al Gore during the Clinton Administration. He also served in the Obama Administration as the Ebola Response Coordinator in 2014 and 2015.  He clerked for Supreme Court Justice Bryon White and served as legislative director to U.S. Representative Ed Markey (D-MA). He was the Staff Director to Senator Tom Daschle (D-SD) before becoming Chief of Staff to Attorney General Janet Reno prior to assuming the same role under Vice President Gore.

Klain graduated with a undergraduate degree from Georgetown University and a law degree from Harvard University.  Klain, who is Jewish, is married to Monica Medina, a lawyer and environmental activist for the Walton Family Foundation (of Walmart fame).

Other positions have also been filled. These include Linda Thomas-Greenfield as UN Ambassador and Cecilia Rouse as Chairperson of the Council of Economic Advisors (CEA). She has a long career as a diplomat, serving primarily in roles involving Africa under both Obama and George W Bush. She will be only the second black female to hold that position after Condoleezza Rice.

Cecilia Rouse is an economist, having received her Bachelor of Arts and doctorate degrees in economics from Harvard. She previously served on the National Economic Council under President Clinton and Council of Economic Advisors under President Obama. Her focus as an economist is labor and education economics. If confirmed by the Senate, she will be the first black female to chair the CEA.

Ms. Rouse is a director at T. Rowe Price and board member at MDRC, a nonpartisan social policy firm. research. She also serves on the Council on Foreign Relations. Cecilia is married to Ford Morrison, the son of author Toni Morrison.

Special Envoy on the Climate, John Kerry, doesn't require any introduction. I think most people know enough about him to know where he stands on the topic of global warming. The U.S. Trade Representative will be Katherine Tai. Ms Tai is of Chinese descent. Her parents immigrated from Taiwan. She received a undergraduate degree from Yale University and a law degree from Harvard.

Ms. Tai served in the Bush and Obama administrations in the U.S. Office of Trade Representative's General Counsel's office before becoming the House Ways and Means Committee chief council.  She worked briefly on trade cases at the World Trade Organization (WTO). Her focus is on China.

Xavier Becerra has been picked to head up the Department of Health and Human Services (HHC).  He previously served in the California State House of Representatives as well as State Attorney General. He was elected to the U.S. House and has served as the Vice Chair of the Democratic Caucus under Nancy Pelosi.  He is a first generation American (his parents immigrated from Mexico). If confirmed, Becerra will be the first Hispanic to head the HHC.

Rep. Marcia Fudge, who chairs the Congressional Black Caucus, has been nominated as the Secretary of Housing and Urban Development (HUD). Currently she serves on the Agriculture, Housing Administration, Education and Labor committees. She has a law degree from Cleveland State University. 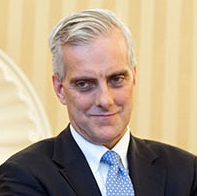 Denis McDonough is Biden's choice to lead the Veterans Administration. McDonough was President Obama's chief of staff during his second term. He previously served as Deputy National Security Advisor (strategic communication) and later as Chief of Staff of the National Security Council.

Denis comes from a devout Irish Catholic family and is another graduate of Georgetown University, receiving a Master's degree in Foreign Service. He is married. If confirmed by the Senate, he will be only the second individual to head up the VA who never served in the military.

That sums it up for now. Almost everyone either appointed or selected are retreads from the Clinton and/or Obama administrations. Most are long time political operatives known for their loyalty to the party. Many are minorities. The majority are "center left" and globalists. Don't look for any radical changes except, perhaps, those reversing many of Trump's initiatives. The principal aim of the Biden Administration will be to set matters to right for the Establishment.

Here's who Joe Biden has selected for his Cabinet

Meet the contenders for Biden's Cabinet

In addition to being "retreads", this bunch is heavily EAST COAST imbued.
Where is the "diversity" of American cultural values from across this great nation?

Anyone who thinks that this election was "fair" and free from fraud needs to go visit Disneyland and enjoy the total fairytale experience!