Some Thoughts About Election 2020

Every election cycle it's the same old rhetoric from politicians. Each side always promises things it knows it can't deliver. No single individual has that much power, especially if they're a first timer. But the sound bite always plays well on the evening news or campaign commercial.

Especially amusing are the promises made by long time incumbents seeking a new job. Invariably they'll point to (selective) votes or bills they sponsored from their past and then promise to "improve" or "reform" the political system as if they had some secret power they've been hanging on to.

If they really wanted to change the system for the better they would have done so long ago. The truth is that not only do they lack the political pull they claim to have, they and their party has a vested interest in the status quo. After all, do you think for one moment that if the Democrats or Republicans wanted to make fundamental changes to the government they wouldn't have do so by now?

In truth, their corporate puppet masters---those who control the political purse strings--- decide what changes, if any, are made. Sure, they may allow some minor tweaking of the system now and again to keep up the illusion, but that's about it. In fact, through their hired guns---the lobbyists--- they even participate in writing the bills which are introduced in committee long before they ever make to the House or Senate floor for a final vote.

When Speaker of the House, Nancy Pelosi (D-CA) made one of her famous gaffes about having to pass a bill to see what's in it (she was talking about Obama's healthcare bill), she was actually serious. Most legislators rarely know the full contents of the bills they vote on (not to mention all the various tack-ons which get added as a bill moves through the process). Most legislators depend on a battery of lobbyists to give them a thumbs up or down. In fact, one of the quickest way to find out what's in any given bill is to ask the lobbyists surrounding it!

Of course, it's not entirely their fault. The majority of the bills are thousands of pages long, typically written in legalese, with very little time to read, research, or evaluate it, and there are dozens if not hundreds of these bills. Lobbyists are a ready source of information and assistance. They can provide a reasonable synopsis of each bill. Of course, there are also the party whips whose job is to dictate ("encourage") legislators to support or oppose this or that bill or amendment. Party whips help make sure everyone toes the party line. They also can make sure you get the help for reelection or new committee assignments. One hand washing the back of the other.

The political system is set up, designed really, to avoid any real reform. So, if you ever hear some politician telling you they're going to "stand up" to the party bosses (or lobbyists) or that they are going to make key changes to the way things are run, they are either boldfaced lying or they are so naive they shouldn't even be allowed to cut their meat. The only positive change will come when ordinary citizens---people like you and I---organize at the grassroots level and make it happen.

How can we do that? First of all, we have to understand that the status quo needs to keep us divided. It doesn't matter how. It can be along gender or sexual orientation lines, race, economics, or some "hot button" issue. It doesn't matter just so long as we stop talking at each other and start talking to each other. The media, which is owned by the same corporate game masters mentioned above, will do their utmost to spread the lies. 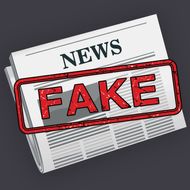 They will spin, manipulate, manufacture, or confuse the message while doctoring photos or footage, and coerce the narrative they want in order to get you to think a certain way. It's not uncommon for them to create false fronts to push their agenda or manufacture uninformed support for a certain issue. Some will use existing legitimate groups to act as a "friendly face" on some unpopular issue they want to create support for. When you have deep pockets, the sky and imagination are the limit.

All of this brings me to the 2020 election this November. Already both sides are going full tilt. The Left have been engaged in character assassination since Donald Trump was declared the winner back in 2016, beating out the heir apparent, Hillary Clinton. Many conservatives, including most Republicans, claim Trump is "draining the swamp" of corruption while those on the Left insist that Trump and his "Deplorables" (as Hillary called his supporters) are making America fascist.

It should be made clear that a sizable minority of Establishment Republicans backing the Democrat's initiative to oust Trump. There have been many replacements in the Trump Administration who've either openly criticized Trump and/or encouraged Republicans to vote for Biden. There's always a few in every election who support the opposition, but not as many as this go around. Whatever it is Trump has been doing or trying to do, they don't like it and want it stopped.

We've seen critics on both sides trying to blame Trump for everything from Russian "meddling", China's expansionism and poor relationship our allies in Europe. He's being blamed for the COVID-19 virus, which was introduced to China through research sponsored under the Obama Administration, to the current wave of protests which have devolved into riots, looting, arson, and assaults under the banner of "racial" and "social" justice, including calls to "defund the police". 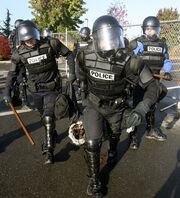 This stems in part, from the militarization of the police nationwide to the number of black Americans detained or killed by law enforcement. The militarization of the police didn't start under Trump or even Obama. It's been ongoing and expanding for decades as part of the initiative to stop the expansion of drug cartels and related gangs in the United States; many of whom far outgun local police departments.

Our relationship with Europe (principally Germany and the UK) have been hot/cool for years. Don't forget that Obama was ridiculed for some of his comments or actions just as much as Trump, but then again, so was Reagan and Clinton. It comes with the turf.

However, the biggest source of contention has been support for "Brexit" or Britain's exit from the European Union and the mass influx of immigrants into Europe which has overloaded the safety net of most countries and dramatically increased crime (especially sexual assaults) and religious confrontation. This has been especially true between the U.S. and Germany, led by Angela Merkel. Many blame her policies for Europe's overall decline and a leading factor of so-called population replacement.

Americans tend to support Trump's policy on illegal immigration, including the building of the wall which Democrats and some Establishment Republicans oppose. Their corporate backers want cheap and malleable labor. Plus there's always the potential for new voters down the line following some sort of "amnesty". Other issues, such as the Middle East, for which Trump is often being blamed, has been ongoing for so long that it's difficult to tell who is to blame for what part!

Both of the corporate controlled parties have been chanting the mantra that America's future is at stake this November, and they're right, but not exactly as they promote it. For instance, the Left says if Trump wins America's republic goes down the tubes and we'll become fascist. The Right says if Biden wins America's republic goes belly up and we'll become socialist or communist. While equally absurd, both sides are counting on the average American's gullibility and doing the dirty work for them.

The American experiment has all but failed. We're not a republic any longer and any sense of a democracy is for mere appearances sake just like after Augustus Caesar assumed power. Rome was referred to as a "republic" for century more before the facade was finally dropped. We are a Corporatocracy; an Oligarchy governed by plutocrats. They dictate domestic and foreign policy. They write the laws---one set for them and another set for us. They underwrite elections. They tell us what to think and what to believe.

It's about control, not money. They already have the money. It's about controlling the resources and assets. We are the indentured worker bees. Our "worth" or "value" is determined by our credit rating. We are taught to no longer think of ourselves as "citizens" of a nation but as consumers of the world. Love of country is passé.

Anything which is be perceived as a barrier to control, be it patriotism, religion, the family unit, or whatever conflicts with their objective is ridiculed or attacked either openly or covertly (such as education which has replaced critical thinking skills with indoctrination).

Currently it's imperative that chaos reign in the streets. Chaos creates fear. Fear creates a need for security. The greater the fear the greater the desire for security...even at the price of freedom. History has bore this out time and time again.

What's at stake this November is not the fate of the republic. That was decided long ago. It's how much and which ones of our freedoms are we going to sacrifice. Trump is a threat to their short term goals (albeit not their long term ones). To get back on track, Trump must be defeated.

No one can seriously believes that Biden will be more than a figurehead, and a temporary one at that. Kamala Harris is the one to watch. Examine her credentials. That will give you a hint at the direction we're headed if she and Biden should win. Based on my previous review of her record, she is very close to Nancy Pelosi and Diane Feinstein. All three are from the Bay Area of California and thanks to her husband, has tight contacts in Hollywood---"La La Land".

She is well versed economics and foreign policy. She is lenient on illegal immigration and supports open borders. She is pro-gay in every sense. She serves on a number of key committees, such as the Budget, Select Committee on Intelligence, Technology, Federal Rights, Judiciary, and Homeland Security.

One thing is for certain. Either way the election goes in November, it will be a watershed election. If Trump wins, the Left will go ballistic. If Biden wins, the Right will view the win as a direct attack on their values. We could see a federal response with or without local or state approval. We could see the nationalization of the police, which has long been of concern to civil libertarians. We could see greater control over our everyday lives via increased technology.

Regardless, 2020 will be one of those years which future historians look back on as a key turning point of nation for better or worse. Personally, I think that it shows more than ever the need for non-partisanship if we're to solve our nation's problems. We've become a myriad of nations within a nation. Our diversity has been turned into our weakness. We need to turn it into our strength once more.