Well, here we go again with illegal immigration. It seems to be a never-ending pain in America's rear end. This time, U.S. District Court Judge John D. Bates ruled on August 3, 2018 that the 2012 Obama backed program known as "DACA" would stand despite efforts by the Trump Administration to end the program. "DACA", or to give its official name "Deferred Action for Childhood Arrivals" for those unfamiliar is the program, was implemented by then President Obama for the children brought to the US by their illegal immigrant parents and was aimed at allowing them to remain in the country. This also made it possible for these children to openly seek employment, go to college (often at in-state rates and with taxpayer funded assistance), although it did not provide a path for US Citizenship as the "Dream Act" does.

DACA, and the notion of whether these children should bear any of the responsibility of the crimes committed by their parent sparked a huge national debate which continues to this day. DACA, however, is not to confused with the concept of "anchor babies" in which pregnant mothers who weren't citizens would seek illegally across the US border in order to give birth in the US. Based on an antiquated US law, any child born in the United States, regardless of the mother's legal status was automatically a US Citizen. The obvious benefit is that allowed the parents of the child to remain as well. Recent legal interpretations have allowed for members of the immediate and in some cases, extended family, such as aunts, uncles, and grandparents, to enter the country as well. 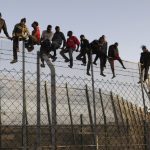 I'm not going to discuss the validity of illegal immigration in this issue of Another Opinion. It's a topic I've covered at length over the years, but for those unaware of my position I strongly oppose illegal immigration or the ability of those here illegally to make use of taxpayer based services except in the case of an absolute emergency. I have also believe that instead of US taxpayers bearing the costs of housing illegal immigrants or paying for their transportation to wherever they came from, I believe they should be dropped off at the nearest embassy or consulate of their country of origin. Let them deal the problem which was of their making instead of US Taxpayers.

I also believe that any and all groups engaged in aiding illegal immigrants in entering this country or providing them with shelter or assisting in obtaining employment, taxpayer based services should be severely fined and its officers jailed, starting with 30 days for the first offense and going up to six months for the third and all subsequent offenses. This includes for profit and non-profit organizations including churches and other religious organizations. In addition their business license and/or tax exempt status should be revoked along the same lines except that with the third offense, they may no longer receive any taxpayers based aid nor, in the case of businesses, may they obtain or keep any federal, state, or local contracts.

If someone wants to sponsor someone for the sake of employment, no problem. Feel free to help them obtain a "green card", however, that employer is responsible for that individual, which means verifying their name, address (domestically and back home), obtaining next of kin contact. No one with a criminal record may be employed and must be reported to ICE immediately. I would strongly recommend making use of the E-Verify system. Another thing, by sponsoring an individual, they are also guaranteeing that their employee is paid a living wage, has safe working conditions, and works a fixed set of hours. In order words, serf like work conditions are not permitted.

Currently illegal immigrants have no legal protection when it comes to wages, hours, work conditions, or pretty much anything else. Mandatory sponsoring with strict and enforced laws would go a long way to stop this. While I'm at, so-called "sanctuary" cities, communities, and states should have all federal funding revoked. If they want to pick and choose what laws they want to enforce, then they need to put on their big boy or girl underwear and deal with the consequences of their actions. Don't say they're going to ignore one federal law while encouraging additional illegal immigration and then in the next breath hold their hand out for federal money to pay for the increased crime and social services. If their residents want it, let them pony up the taxes to pay for it. Otherwise, get rid of the idiots in office and start enforcing immigration laws.

For anyone who mistakenly think this has anything to do with race, ethnic origin, or whatever, I will be perfectly clear---no. I couldn't begin to care any less about their race, religion, ethnic group or any other box you want to check. We are a nation of immigrants. We are also a nation of laws. We should welcome those who want to come to America and make it their home. That means adapting to our laws, our culture and traditions, and our language. Unfortunately, as a nation, we have some critical skill set shortages, like engineers of all sorts, computer professionals, and trades people. Those individuals with those skill sets should be high on the priority list being and encourage to come to America. We don't need more individuals coming here who aren't trained to do a job and just want to live off the taxpayer's dollar. So, if you can't do it legally, don't come.

Now, that should make my position of illegal immigration crystal clear, so let's address this recently ruling shall we? The question at hand is actually pretty simply. Should the children of those who've committed a federal crime (and possibly other crimes) be held responsible for the actions of their parents. For those who like a Biblical twist to their political and social arguments, let me borrow from the King James Bible's interpretation of Deuteronomy 26:16 which states "Fathers shall not be put to death because of their children, nor shall children be put to death because of their fathers. Each one shall be put to death for his own sin". Either way, we're asking the same question. Should the boys and girls brought into this country illegally be denied the opportunity to remain?
In my opinion, the answer is yes. First off, these children were all pretty young; most were under 15 and all were under 18 years of age.

The vast majority of these individuals were in the 7 to 14 range. They had no choice but to accompany their parents (unless, of course, their parents wanted to leave them behind with relatives or friends). These children (and they were children) came with their parents, and it was their parents who knowingly and willingly chose to break US immigration laws. It would be like someone intending on robbing a bank and leaving their kids in the getaway car. Therefore, I don't see where these kids, most of whom are now young adults, should suddenly be booted out of the only country they've really only ever known. They've grown up in the US, they speak English, they went to school in the US, make friends, gone to work and/or college or trade school; in short, they've put down roots and have in practically every sense of the word become "Americans". If there's a "villain" in this story, it's their parents for putting them through this regardless of their excuse. The reason I say that is because their parents understood what they were doing was wrong. If they want to enter this country legally and avoid all the legal hassle, they could have applied for a work permit (or green card). If they felt they were in danger and wanted to apply for amnesty, there is a US embassy and consulate (usually multiple) in every single country. They could have easily applied there which would have been much easier and certainly less dangerous.

Nope, these parents were looking to cheat the system. They were looking for a quick and dirty shortcut while gambling on not getting caught. These parents were trying to cut in line and just ahead of the thousands who were trying to do it the right way. They knew that if they were able to sneak into the US like rats on a cargo ship, they may be forced to continue to live like rats in living conditions which weren't fit any human being while working in sweatshop conditions, and they were willing to put their children through this when instead they could have simply done the right thing and applied for a work permit. However, in no way should these kids, now young adults, be punished further by being kicked out of the only country they've really ever known.

Of course, how do you keep the child and not the parent? You can't. While I can see having both parents and their siblings, allowing aunts, uncles, grandparents, cousins, and whomever seems going a bit too far. But, we have to remember (though not necessarily agree with), is that in many cultures, such as Asians, entire generations live together and support each other. In many cases, parents support their parents, and in some cases, aunts, uncles, etc. At what level do we cut them off? There certainly has to be one otherwise for the sake one or two kids you could bring ten or twelve relatives with them and guess who ends up supporting them? Yelp, US Taxpayers. We need to ensure that only those who are immediately related and who have a medical or health need should allowed in.

Meanwhile, that brings up another issue---what to do with the parents who originally entered illegally after their children become adults. After all, unless they've become US Citizens or obtain their "green cards", they're still criminals. Of course, busting them creates another problem, which is what to do with any dependant family members? In some cases, these children are now parents and depend on their parents to help with caring for their grandchildren, or the parents have become either financially or medically dependent on their children? Oh the wicked weave we web when we try to deceive others!

The reason I mention this is to explain just how quickly this issue can become complicated. The action of one or two individuals can quickly affect dozens or even hundreds of others---churches and religious associations, employers, schools, the medical community, a host of taxpayer provided services, friends, families, and of course, the children. Now, multiply that by the estimated 8+ million illegal immigrants in this country and you begin to see how serious the problem is for illegal immigration, and that doesn't even address the issue with the violent drug cartels and associated gangs. For those who say "No Human Being is Illegal", they are right. No human is illegal, but certainly their actions...or that of their parents...are.

The Cost of a Border Wall vs. the Cost of Illegal Immigration