All's Fair in Love Of War

The Military Industrial Complex. We've all heard the name. Some people see it as proof of America's supremacy. Others see it as a cancer. President Eisenhower warned us about it in his 1961 Farewell Address to the American Public. President John Kennedy alluded to it in his speech before the American Newspaper Publishers Association also in 1961 (Kennedy was assassinated in 1963). We have been at war in the Middle East almost continually since 1990, beginning with Saddam's invasion of Kuwait and our subsequent liberation of Exxon and BP...err...I mean the Kuwaiti Royal Family and its people. The "War on Terror", which began in 2001, it has been going on ever since (technically, even longer. The first terror attack on US troops was in 1983 in Beirut, Lebanon following an earlier attack on a US Embassy).

America is "officially" at war (undeclared of course) with seven countries---Syria, Afghanistan, Niger, Iraq, Yemen, Somalia, and Libya---thanks to the 2002 "Authorization for the Use of Military Force to Fight Al-Qaeda-linked militias". Never heard of it before? Yeah, don't be surprised. It was one of this "none-of-your-business" pieces of legislation passed by Congress on September 14, 2001 in the wake of the 9/11 attack. The AUMF, which mentions an additional six countries, contains no geographical restrictions, so US military might can be deployed anywhere at any time.

In fact, the bombing business is so good that the US is actually running out of bombs, seriously. The Pentagon is planning on investing an additional $20 billion dollars of its...I mean "our" money...in munitions as outlined in its 2018 budget. According to the Special Inspector General for Afghanistan Reconstruction, the US has dropped approximately 1,186 munitions in just the first quarter of 2018. That's a lot folks. One key problem facing the Pentagon is that several of its suppliers simply can't keep up and have decided to quit the bomb making business. That places the Pentagon in a position where it is becoming more dependent of foreign suppliers and you'll never guess who one of those suppliers is?

Ok, I know you can't stand the suspense so I'll tell you. China. Yeah, you read that right. Communist China is one of our suppliers for munitions (now do you understand the Beltway uproar over President Trump placing tariffs on Chinese imports?). As for trying to create a broader market for all things that go bang, there really isn't any. With other suppliers dropping out, that leaves Lockheed Martin and Raytheon producing 97% of all the military's missiles and munitions (talk about businesses "to big to fail"). 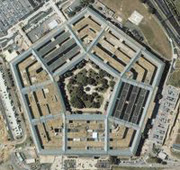 The Department of Defense (DoD) has publicly identified four critical areas of concern. The first is the production of solid rocket motors (SRMs). At present there are only two producers of SRMs, Orbital ATK and AeroJetRocketdyne, with Orbital ATK taking on the majority of the business. The next area is thermal batteries. These are used in every form of bombs and munitions employed by the US military. At present there is only one producer, which happens to dominate 80% of the market (the DoD declined to name the company).

Third on the critical list are fuses. Nothing goes "boom" without these. The DoD in typical bureaucratic Orwellian doublespeak says there are actually an excess of fuses available thanks to improvements elsewhere, however, it has also reduced the number of potential supplies. So apparently having to many fuses is a bad thing. Last on the list are small turbine engines. There currently only two producers of military grade turbines, Teledyne Turbine Engines and Williams International, however, Teledyne has announced that they're getting out of the business, which will leave the DoD with only one supplier (unless the Chinese want to step up). The DoD found that of 121 second tier suppliers of munitions, 98% of them were a single source provider. Of the 73 third tier providers, 98% of those were also single source. But wait, it gets more interesting.

The Pentagon has confirmed that it sole producer of a chemical propellant, Dimeryl Diisoyanate, which is used AIM-9X and AMRAAM missiles is quitting, thus leaving the military with no qualified producers. That means missiles stay in the launch tubes. Yikes! Another key component used by missiles is Dechlorane Plus 25, which is needed for insulation. Since there are no US producers, the US military has turned to the Belgian company Occidental Chemical, the only qualified producer.

However, despite the risks of being dependent on a foreign company for a key material, Occidental Chemical is itself dependent on a Chinese manufacturer that produces the pre-cursor needed to manufacture the propellant. According to the Chinese, its source has been exhausted and there is none left in the world. This is part of a growing trend faced by the Pentagon; increasingly shortages of chemicals needed to support various munitions and missiles, which is forcing the military to pay increasing prices as demand continues to grow while supply diminishes or simply evaporates altogether. The result is systems are having to be redesigned to find substitutes if possible or scraped. 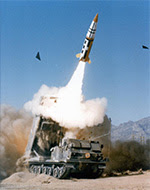 As if this isn't bad enough for the Pentagon, spare parts for planes, tanks, truck, and other vehicles are in short supply. 22% of the Marine Corp's F-35's are grounded worldwide due to a lack of spare parts, reducing its readiness to only about 50% (one article cited a USAF pilot being grounded because a plastic clip on his helmet was broken and they couldn't get a spare clip from the supplier). The military, as a result, has gone into the scrounging business and looking for anything it use in so-called "boneyards" where old planes and other military equipment are consigned after reaching the end of their usefulness. They are also turning to other countries that we've sold weapons to and offering to buy back some of the spare parts. In a few cases, collectors have been contacted for possible leads. They are even raiding military museums for possible parts!

According to the Heritage Foundation's "2018 Assessment of US Military Strength", the US Army can field 31 Brigade Combat Teams (BCT). However, due to shortages of equipment and manpower, we have only three that are capable of "fighting tomorrow" and ten that are able to meet most of their assigned combat tasks (the military is suffering a personnel shortage due to the upswing in the economy, making jobs more plentiful. Another reason is that due to the numerous deployments and combat stress, a large number are leaving due to "burnout" and stress on the home lives, especially marriages). In addition, the report cites the need for an additional 19 BCTs (for a total of 50) just to meet historical requirements. The report indicated that the Army's capacity and capability are weak while its readiness is marginal.

The report also indicated that the US Navy's fleet is underpowered in the number of ships capable of extended deployment. Recently Congress had recommended a reduction in the total number of ships to pre-WWII levels. It goes on to recommend an increase to a 355 ship fleet from its current 305 and an increase to 13 aircraft carriers from the present 11. Attack submarines should be increased to 66 from their current number of 48, while surface ships need to go from 88 to 104. Deployment of aircraft carriers need to be extended to 36 months from the current 32 while surface ships need to match the carriers in deployment, going from 27 months to 36. Overall, both capacity and capability are scored as weak and readiness as marginal. 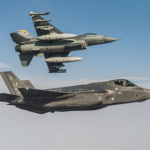 The Air Force has only four of its 32 combat coded squadrons fully combat capable. Less than 18 are able to complete the majority of its combat missions. Meanwhile, the Air Force, like all the other military branches is finding itself short of skilled personnel. In 2017, it was short 3400 aircraft engine and airframe mechanics. which in turn has grounded planes and thus reduced the number of flight hours pilots can get in for training and missions (along with the spare parts shortage), reducing its operational strength to 76%. In addition, the Air Force is depending on aging planes to meet its combat mission objectives. The reports gives the USAF a score of marginal for capacity, capability, and readiness.

Lastly, the US Marines. The Marines have long been the "tip of the spear" when it comes to boots on the ground anywhere in the world; America's shock troops. However, like the other military branches, it's faced with personnel shortages too. Normally, the USMC has been able to field 36 combat ready battalions. However, it is presently only able to field 24. It's main "combat platform" has been the M1A1/A2 Abrams Main Battle Tanks (also used by the Army). When first deployed in the early 1980's, this tanks was the baddest piece of mechanized hardware on the battlefield anywhere in the world. However, despite updates, it has been surpassed by several newer and more lethal tanks including the Chinese Type 99A, the Israeli Merkava, the UK Challenger II, but most notably two Russian tanks, the T-90 and the Armata T-14. In addition to losing its main platform superiority, the Marines are suffering from shortages of spare parts like everyone else.

So, there you have. The US has been at war for 27 years, going back to "Operation Desert Storm" in 1991, which essentially can be broken down into four or five wars, depending on how you want to count our two invasions of Iraq. We are militarily involved in approximately 76 countries. George W Bush, who launched the "War on Terror" following the 9/11, resulting in the bombing of five countries or 70,000 bombs during his term. President Obama expanded the bombing to seven countries, which equated to 100,000 bombs. Under President Trump, approximately 44,000 bombs have fallen thus far, which equals around one bomb every 12 minutes according to one report.

The Pentagon requested and got a $716 billion dollar budget which the majority of both Republicans and Democrats approved. I have to wonder what else we could buy with just a fraction of that---more schools, cures for cancer and other diseases, repairing the nation's crumbling infrastructure , securing our border, improving the quality of healthcare, or more cops on the street? But here we are. We're dropping so many bombs that we're not only running out, but suppliers are quitting, and highly skilled military personnel are walking away. There's also the argument that US intelligence agencies and the military conspired to create the enemies--the "terrorists"--and the concept of the never-ending war for profit to consider too. After all, these military contractors are among the most powerful lobbyists in Washington and among the Oligarchs who now run our country. We are now faced with a beast that is feeding on itself and its appetite is both ravenousness and insatiable. To quote from Shakespeare's Mark Anthony in the play Julius Caesar, "Cry Havoc, and let slip the dogs of war!" (Act 3 Scene 1), and so we have dear reader, we've allowed them to slip their leashes.


Timeline: US involvement with Iraq and the broader Middle East

An Assessment of US Military Power