Tuesday, May 22nd is Election Day across many states. Some pundits are proclaiming that it will be referendum on President Trump and his political agenda. Others are calling it "course correction" with Republicans expected to lose some but not all of their seats, while others think the Democrats will see more losses. Regardless, it should be an interesting election since we have a record number of democrat socialists running for office, as well as a record number of school teachers and a record number of Muslims (all but one are running as Democrats by the way).

We are also seeing several Congressional members not seeking reelection such as Paul Ryan (R-Wisconsin), Bill Shuster (R-Pennsylvania), Elizabeth Esty (D-Connecticut) and John Delaney (D-Maryland). All told, 10 Democrats and 24 Republicans are quitting., which personally I think is a good thing. Not that I care about who is leaving or their party, I'm just happy to see fresh ideas and new blood come to Congress. The way the election game is rigged, it's virtually impossible for incumbents to be defeated, so about the only way we actually see a vacant seat is if the incumbent quits, dies, or gets indicted.

Of course, the political system itself is broken beyond all hope of repair. But then, that's way we're a de facto Oligarchy and no longer a democratic or Constitutional Republic. We let it happen. We were too busy with life to get involve. Too busy with kids or grand kids. Too busy just trying to make ends meet. We are also distracted by the media's "Crisis du jure"; by "social media" and playing on our Smartphones and computers; by watching so-called "reality" TV shows instead of actually having a life of our own; by watching who got drafted and who didn't, and all the sports programs. Basically, anything and everything that has actually nothing to do with our lives like, you know, taxes, wars, gas prices, illegal immigration, school violence, or even the price of food. Ah, blessed ignorance. 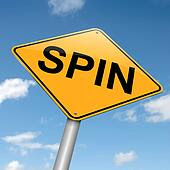 Nevertheless, none of that is the intended topic for this edition of Another Opinion. Nope. Not at all. What I wanted to speak to you about is manipulation. Specifically, manipulation by the media. We all know the media is owned by just six corporations (at least 96% of it is). We all know the media has an agenda, and it attempts to influence what we think and how we feel by manipulating what we see and hear. They spin, mislead, misdirect, use innuendos, and emotion grabbing images. Old news, I know.

However, it's during election time that the media most attempts to get you to buy into their agenda, especially at the local level. You see, they've spend nearly every second of every day trying to get you to see things their way. Then election day rolls around and they just so happen to have list of politicians they want you to vote for. And why shouldn't you? After all, they've done all the "necessary" research for you to make sure their positions fits "preferred" agenda, which they usually call "the People's interests" or other more friendly and disarming phrases.

Of course, it's not about your interests. It's not even necessarily about the communities best interests. But it is always about the best interests of the ruling elites, be at the local, state, or national level. What matters is that their interests are taken care of first, foremost, and last. If you and I happen to benefit, well then, that's great. However, we typically don't. We end up with people who want to raise taxes (or at least won't do anything to stop them from going up); people who have no qualms with shipping out high paying jobs with benefits while bringing in minimum wage jobs with few or no benefits. We seem to get stuck with individuals who get contracts to their political friends in exchange for a little friendly graft sliding back their way. Seriously, don't you think things would change if the powers-that-be wanted them to? They are the way they are because it benefits them. It's that simple.

The notion of political endorsements by the media used to make sense. Back a century or so ago, few people ever got to see or hear a politician, let alone find out anything about their position on various issues or their background. Thus, newspapers (which were the only news source available) took up the role "defending" the interests of its readers by doing "investigative journalism", which on more than a few occasions would smear yellow (thanks to a little "green" on the palm). This expanded with the newspaper editor's making political recommendations; helping political and business friends and their associates get elected.

But times have changed. We have TV, with cable and satellite, giving us hundreds of channels with different news and perspectives. The same for radio. We have the internet with literally millions of sites to explore, and countless ways to read or research issues important to us. We can also check out candidates we're interested in, including visiting their sites, watching or listening to old interviews and speeches, and comparing it with what they're saying now. We can read voter guides to get candidate's opinions on various topics. 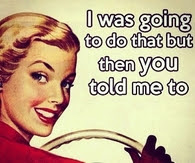 Simply put, we don't need or even want the media (or anyone else) telling us how to vote anymore than we want someone else to tell us how or what to think. Yet, newspaper editors continue to do just that. Often, without having any clue whatsoever about the candidates they "endorse", let alone the ones they don't. Many, if not the majority of newspapers, simply "endorse" on the basis of political party or whether someone is a incumbent or not. Does that sound like honest journalism to you? It sure doesn't to me. Besides, If I'm old enough to vote, I'm old enough to make my own informed decisions. I don't need or want someone trying to tell me what to think...or how to vote.

As an aside, if the same newspaper that you wrap fish in or use to line birdcages feel they are entitled to dictate how you vote, why can't other media outlets? Why not ESPN or Fox? Why not CNN or your favorite radio disc jockey? Why not one of your local TV anchors or their managing directors? For that matter, why not your company president? Any of these would be just as legitimate. I think it's because none of them want to be bothered. Besides, these media companies are ultimately owned by one of the same six corporations who have their political spin going on. Maybe it's just that newspaper editors still believe they are "entitled"; sort of a ways to keep their much faded clout and remain relevant in a world where information is readily available at the click of a mouse or touch of a button.

So, I will make no effort to try and tell you who to vote for (or even who I may vote for). I presume that if you're smart enough to read Another Opinion, you're smart enough to do your own research and make that decision yourself. However, I will encourage you to ignore any and all political endorsements from the media and to be sure to go vote. Don't forget too that there are many candidates not running with a Democrat or Republican label who might be a far better choice. Besides, with Independents already being the largest political bloc in nation and growing along with third parties, voting Democrat or Republican just might be "throwing your vote away". Go vote folks!!


Ballotpedia: List of U.S. Congressional incumbents who are not running for reelection in 2018