A Special Fourth of July Message Can you believe that the Fourth of July is here? It seems like Memorial Day was just last week! I guess that just proves the old adage that the older you get the faster time flies. So, what does the Fourth of July mean to you? For most of us it's about taking trips, pool parties, cook outs with all the usual fare---hotdogs, hamburgers---and whatever else you can fit on a grill. Of course, what would the Fourth of July be without fireworks? For some, the Fourth is about watching sports while others prefer to participate instead of sitting on the couch or in the recliner . Some attend the numerous concerts, fairs and parades. But if you ask the average American what July 4th means, most younger (Millennial and "Generation Z") Americans don't have a clue. Sure, they know it's a holiday with all the usual festivities, but they have no clue as to why we celebrate it. Perhaps that's due to the "dumbing down" of our education system or maybe it's because some groups are "offended" by the idea of our independence. Of course, there are those who get upset by the display of the patriotism, which they link to nationalism; a dirty word in their vocabulary just like some get "offended" by flying the Confederate 'Stars and Bars' without have a complete understanding of either the meaning behind the flag or actual causes which led to the Civil War. What every America should know is that the reason we celebrate July Fourth is because of its other name---Independence Day. Although our war with Great Britain would continue for a few more years, this was seen as our formal "divorce" from Great Britain. Although the Second Continental Congress has approved the Declaration of Independence, which had been penned primarily by Virginian Thomas Jefferson, a member of the Committee of Five whose job it was to draft a formal declaration, two days earlier. Nevertheless, it wasn't adopted until two days later because of the distance many of State Representatives had to travel. The American Revolution lasted 18 years, from 1765 to 1783, before British General Cornwallis surrendered to American General George Washington in Yorktown Virginia. During those years, which divided families and loyalties just like the Civil War would 78 years later resulted in the deaths of approximately 25,000 (some estimates put that figure as high as 70,000) colonists, along with 7000 Frenchmen and 500 Dutch who found on the side of the colonists. Meanwhile, on the British side, just under 47,000 soldiers and sailors died along with 7744 German mercenaries (they were collectively known as "Hessians" although they came from all over Germany, Austria Empire and even Poland). Of these deaths, the majority was the result of various diseases (for instance, 2/3 of the deaths on the colonist's side were the result of disease compared with just about half of the deaths on the British side). In addition, there were huge numbers of deserters; 42,000 British (mostly sailors) and 4300 Germans.

As for the cause of the American Revolution, there were many as would be the case for Civil War. However, the principal reason was over taxation without any colonial representation in Parliament. The British felt perfectly justified in levying the taxes since they had previously spent tremendous sums in defending the colonies during the French and Indian War just a few decades previous (the French and Indian War was the North American portion of a much larger war known as the Seven Years War which ran from 1754 to 1763). Accordingly, the English Crown felt that they were well within the rights to try and recoup the costs. Besides, with their ongoing issues with the French, their treasury was getting light. However, the colonists felt that it was the duty of the Mother Country to defend its citizens. Secondly, the taxes, which weren't especially steep, would cumulatively cause substantial hardship on most businesses (Parliament had previously passed various acts to restrict trade in colonies, which included laws requiring the colonists to buy only from English merchants, such as the infamous Stamp Act which intended colonist to buy tea solely through the East India Company). 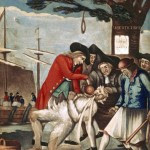 So, in essence, our revolution was about taxes being imposed on us without debate and/or approval from the colonists or their representatives. It was also over the failure of government, both at home and through royal appointment or in Parliament, to adequately represent the interests of colonists. Yet, at the same time, the wealthy were represented as were certain English goods (wool, cotton, tea, etc). Lastly corporations received a great deal of protection and support from the English Crown and Parliament (these weren't corporations in the same way as we think of them today, but they were close approximations. They were royally chartered joint-stock entities with the majority of the stock ownership being held by wealthy merchants and aristocrats. In addition, the crown was awarded a certain percentage of stock as well). 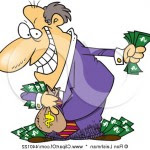 All this makes me wonder what our Founding Fathers would think of their experiment today. First, we are often and regularly taxed by the behemoth that is the federal government without our approval. The same thing can be said of our state and local governments. In fact, we have corporations which regularly "tax" us. The only difference is that they don't call them "taxes". Instead they are referred to as "fees", or some sort of "charge", be it a late charge, hook-up charge, or whatever. We see quasi-governmental companies such as gas, sewage, water, or electrical companies raising their rates almost at will. Public service regulatory agencies, who are suppose to look after our interests, are usually in the hip pockets of these companies (either that or they simply have the backbone removed as soon they're appointed). It's almost routine to read about a public utility wanting some astronomical rate increase for some project that we either don't want, need, or should have been implemented years earlier, while their top executives are paid well into the six figure range. In some cases, you have employees of these companies holding secondary government jobs; double dipping on the taxpayer's dime. Of course, while this is illegal, it's never enforced and the local media always turns a blind eye. 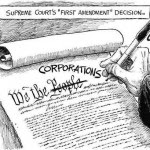 What about political parties, gerrymandering and term limits? Well, most of our Founding Fathers opposed political parties in general since they believed they would lead to representation of the wealthy only while the average voter would be tossed to the curb (nah, that could never happen...could it?). They felt the role of government was simply to do what can't be done in the private sector, and thus, the government should be kept as small as possible and that government should be kept as local as possible. The reason was the deep seated fear of a large centralized government. They believed government should stay as close to the people as possible, otherwise it runs the risk of forgetting who it represented. As for gerrymandering, again, they would have opposed anything which took power away from the people. Gerrymandering simply enables political parties to keep control. Along the same vein, they would have deeply opposed all efforts to keep non-aligned individuals out of debates. As for term limits, the Founding Fathers believed that individuals should serve their term and go home. They deeply distrusted the concept of a professional politician or the development of a political class. In fact, that's what they were trying to get away from! In additional, some of our Founding Fathers, such as Thomas Jefferson, felt that those who served in office should do so without pay since it was their civic duty to serve. Nevertheless, they would have supported the term limitation of any individual elected to office. They would have strongly opposed legislatures holding votes in the dead of night in the hopes no one is watching (like thieves in the night). They most certainly would have disapproved of voting for their own pay hikes or provisions for automatic increases. I believe too that they would have vehemently opposed the special perks Congress and other elected representatives receive such as lifetime salaries, the use of private planes paid for by deep pocket lobbyists, or having a private gym. In fact, there's much our Founding Fathers would disapprove today. In fact, I think they would be calling for another revolution if they could see just Washington DC don't you?

On that note, here's wishing all of you a happy, fun, and safe Fourth of July. I hope you all will take the time to educate your children on the importance of the holiday and what it means, especially as we've slipped from a democratic republic into a neo-fascist oriented Oligarchy. If you don't, no one else will (I doubt most school systems spend any time on American Revolution) and the one thing the oligarchy wants is control, and requires a compliant population devoid of its history.