The Republican Endorsement of Hillary Clinton?

Who says politics isn't a team sport? It seems everyone has a team. Of course, that team is theirs and how everything revolves about them. However, once in a while, these various "teams" come together in a common cause. In this cause, that common cause is Donald Trump and the team name should be something like "Who's Not Supporting the Republican Party Nominee?". I think people would be surprised by who isn't onboard with Team Trump. We know Senate Majority Leader Mitch McConnell isn't. Speaker of the House Paul Ryan, who had been in the "no" column has given a very lukewarm endorsement while 34 other Republican House members have said nope. Former Secretary of the State, Condi Rice isn't and neither are Ted Cruz and Mario Rubio. Former GOP Presidents George H Bush (and his wife Barbara Bush), Jeb and George W Bush aren't. Two time GOP loser Mitt Romney isn't and neither is John McCain. Former New York Mayor Michael Bloomberg isn't. Neither is the Koch Brothers and many more. Most of those who have, with a few exceptions like Chris Christy, have given only a "limp fish" endorsement of Trump; many adding that they will not actively support or hinder his campaign. The Republican National Committee too has offered a less than stellar endorsement of their nominee.

In short, the Establishment GOP is not crazy about the guy who beat their handpicked candidates, so they intend to punish their conservative base (you know, the "common folk" who voted for Donald Trump over the "Rich Old Boy" network's choices) by not helping Trump. The GOP Establishment has taken every opportunity to take a swing at "The Donald" they can. It's even being humored that the now infamous "locker room tape" leaked to the corporate press came from within the Republican Party Establishment which wouldn't surprise me a bit. The same goes for many of these women stepping forward with allegations of sexual harassment by Trump (no police reports were ever filed or mention ever made to others). Some are wondering if these women are being paid to fabricate or exaggerate their claims. Regardless, they are getting their fifteen minutes of notoriety at just the right critical time for the Hillary camp. Coincidence? There's been only a few times in US political history where a political party ruling clique has set out to sabotage its own Presidential nominee's campaign. The first came with the implosion of the Whigs which coincided with the breakup of several smaller "third parties" such as the Free Soil Democrats and the America "No-Knowing" Party, which later came together to form the Republican Party in 1856. The second time is when Republican Howard Taft failed to live up to expatiations (at least in Teddy Roosevelt's eyes) and when he refused to step aside to allow "Teedy" to run again, TR bolted from the GOP to form a new political party, the Progressive Party, or as was better known as, the "Bullmoose Party". In the first instance, it marked the end of the Whig Party and the other smaller parties and birth of the GOP. It's second Presidential nominee was Abraham Lincoln, who presided over the breakup of the United States and a civil war which followed. In the second instance, it severely damaged the Republican Party and split the conservative and moderate vote, which then threw the election to Democrat Woodrow Wilson, who, despite his promises to the contrary, supported entry of the US into World War I. As most political junkies know, and as common sense would tell you, fractions and factions in politics are commonplace. After all, you're dealing with super rich spoiled brats with ego's the size of Montana (sounds like professional sports). Everyone of them think their Wallstreet's gift to America. But usually there are the backroom deals just before or during the party convention which attempts to plaster over these differences. It there that vice presidents are selected, along with cabinet post positions the other key offices in exchange for support, favors, or money. However, that didn't happen in this case; at least as far as we know, although Mike Pence as Trump's running mate could have been the result of a backroom compromise with the GOP elite (which may explains the bizarre behavior of Ted Cruz and Marco Rubio afterwards). I think that in the current situation, we have a similar recipe for disaster. First off, these current and former Republican "leaders", by their refusal (and ego driven temper tantrums) to support their nominee are making a de facto endorsement of Hillary Clinton. By the RNC not actively supporting Donald Trump, they too are endorsing Hillary by default. The others, with their tempt "endorsement" are saying to voters of all stripes that they have no confidence in their party's nominee and, thus, support the other candidate; in this case, Hillary Clinton. Either way, should Clinton win the election, the Republican Party and all of its elected representatives will no excuse to criticize either Hillary or the Democratic "leadership" over the next four years. How could they when they won't support their own nominee and are making implied endorsements of the other party's candidate? Of course, I'm sure some are just that hypocritical that they'll try. 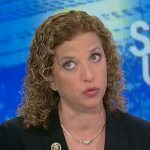 But not all of this is on the Republican Party. The Democrats are facing a similar though less publicized problem. The Millennials, who are the nation's largest (and still growing) demographic voting bloc, strongly supported Bernie Sanders, or at least, Bernie's proposed political agenda. Many were highly upset when Bernie failed to do as well in the primary as they though he would, so needless to say, they were highly miffed when they learned that Hillary Clinton and the DNC (Debbie Wasserman-Schultz in particular) had conspired together to fix the Democrat Primaries and later, the Democrat National Convention. True, Wasserman and some others were immediately fired, Hillary's camp turned right around and hired them as campaign advisors. The result has been more Millennials leaving the Democrat party and joining the majority of voters as independents (the GOP has already faced a similar exodus when it began forcing out its moderates in the 1980's who went on to join ranks with the Indies).

The end result is an electorate which strongly disapproves of either party's presidential offering combined with a sustain and exceptionally high disapproval of the Washington politics in general. The public has long understood that the political process was corrupt and broken beyond repair. Now it's being played out for all to see. Even down ticket candidates on both sides are trying to distance themselves from the two nominees and their party by emphasizing that they are "independent", "non-partisan" or "independent thinking" (which is not only an oxymoron since they are running on a corporate party ticket but disingenuous as well). The only real winners out of this will be the third parties such as the Libertarians and the Greens; perhaps especially so since most Millennials seem to gravitate to one or the other of these two parties in terms of their party platforms. I think too that the American People themselves may benefit by leaving the duopoly created and financed by Wallstreet and promoted by their corporate media. Meanwhile, should either of the two corporate sponsored candidates win in November, America is in for a very rough next four years.