August 15, 2012 came and went just like an ordinary hazy summer's day. Other than being payday, I'm sure not to many people gave it much thought. But there was something different about that day. Something quite special which will have a serious impact on the average American. August 15th was the day Obama's amnesty for illegal aliens quietly went into effect. To be fair...and honest...this wasn't the wholesale amnesty Obama has been trying to cram down America's throat. Nope, this was amnesty for those who came here a children or young adult with parents or other adults in violation of US laws.

The purpose of the amnesty seems to be two fold (at least). The first is that through no fault of their own, these individuals were brought to America illegally but otherwise, have lived "normal" lives; stayed out of trouble; and have served in the US military (and been honorably discharged) or are currently attending college (either two or four year). Of course, I have to wonder how someone can join today's military or apply for college without a valid birth certificate or SSN.

The second, and by far the most important reason for the limited amnesty is that the majority of these individuals are relatively young (and idealistic) adults. Just the right kind to run right out and register the same party of their benefactor (I suppose transforming Obama into a Hispanic's version of Lincoln. Perfect for someone with a messiah complex to begin with I suppose). But for practicality sake, the amnesty will allow these few million individuals the opportunity to avoid deportation and become US citizens...ahead of those who have been taking the slower but legal route. And you can bet the first thing they will do is register Democrat. This is little to nothing to do with anything other than build the numbers the same way the Democrats did with the black vote in 1933. While most of these people have lived in fear of the government most or all their lives (while in many cases, their families lived in fear of their native county's government), it looks like that same government has found a new way to use them. Welcome to the Machine folks.

Running near simultaneously, Obama has ordered ICE and the Border Patrol to back off their arrest and deportation procedures on all but the criminal element, and he has even ceded a couple of Arizona counties to them! Prosecution of employers hiring illegal workers is at a new low. Reich Security...oops...I mean Homeland Security is granting deferrals action and work authorizations for those up to age 30 (nice potential voter demographic. Just saying). Never mind that Americans overwhelming are and have been opposed to continued illegal immigration. Never mind that the so-called "Dream Act" was defeated in 2000. President Ronald Reagan once asked Soviet Premier Gorbachev to "tear down that wall" in reference to the Berlin Wall. The American People have been telling Washington to "build that wall" since Bush II. We're still waiting.

Illegal Immigrants line up at consulates across the country for DREAM-er applications
http://www.foxnews.com/politics/2012/08/15/illegal-immigrants-line-up-at-consulates-across-country-for-dream-er/ 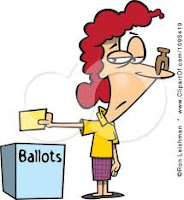 Here's a bit of trivia I thought you might find interesting. Everyone knows what a fan I am of Congress (yeah, that was sarcasm), so you can imagine my amusement when I came across a recent article about Congress' approval rating. It seems that our beloved "People's Representatives" boosted an approval of 10%. Yelp, you read that right. 90% of the American People...Republicans, Democrats, Indies, third parties...think Washington "sucks" to use the common vernacular of common people. Of course, the article also said that the approval rating skyrocketed back to a staggering 16%.
The disapproval rating of Congress has been exceedingly high for years. What's interesting about this from a sociological and historical perspective is that whenever an approval rating for a particular government has remained below 45% for any length of time, there is almost always major social unrest, be it mass protests, governments toppled, civil wars, revolutions, putsches, and so forth. We have tended to keep an approval rating of Congress to around 30%, meaning on average that 70% of the general public are not happy campers with either of the political parties of America, Inc.
I've read several articles lately about federal agencies quietly ordering up some high powered ammo. Given that our current governmental and economic system doesn't seem to be functioning as intended, I have to wonder why. Perhaps some of our friendly readers might have some suggestions for the rest of us.