Well, the November elections are over…finally. That means no more annoying recorded phone calls, junk mail, or spite filled TV commercials, at least for awhile. First, congratulations to all the winners. Good work…now go do your jobs! And for Pete’s sakes, please try to avoid all that partisan bickering nonsense. You’re not school children. You’re there to represent the people…all of them, not just Democrats or Republicans, and certainly not just the ones you like. For those that didn’t win, take a hard look at your race. Evaluate what went well, and what didn’t go so well. Then start planning your next race accordingly. In this issue, we take a look back at some of the various races, and try to guess where we go from here.

In the 3rd US House District, we witnessed history. We saw the GOP try to frame challenger John Yarmuth as “too liberal” for Louisville. We saw repeated attempts to hang him with words he wrote years, sometimes decades ago, as editor of LEO Magazine. We saw a worried incumbent go on the attack with negative campaigns. A sure sign of trouble. I predicted a close race, with incumbent Anne Northup (R) winning with 51% in her usual fashion. I was wrong.

It turns out Yarmuth won by the 51%, in what some media pundits were billing as an “all nighter”. In fact, the race was over rather early. Many things contributed to Anne’s loss; including her lock step voting record with the GOP (oddly, she tried to distance herself from her own record by claiming she was actually “independent”). Her commercials of just two years ago advertising her “close” working relationship with “Dubya” also helped to seal her political doom. With Bush’s numbers in the tank, any tie to him was like a bull’s eye. In fact, Bush can be credited with giving the Democrats control of both the House and Senate. Every Democrat should send Bush, Rumsfeld, Chaney, Abramoff, and Rove a “thank you” card for their early Christmas presents. We shouldn’t forget other factors of course such as immigration, the wars, or the environment. Finally, it seems that Yarmuth wasn’t too liberal for Louisville after all. Perhaps Anne was too conservative, and out of touch with her constituents.

38th State Senator Dan Seum won over newbie and former priest, Robert Valenza by 57.2% of the vote. Given Dan’s challenger was an unknown, under funded, and a political rookie, it’s interesting he was still able to garner 16,603 votes.

The 38th House seat was no big surprise. Former Jefferson County Democrat Chairman Tim Firkins beat Dana Seum Stephenson with 56% of the vote. The 38th is approximately 2 1/2:1 Democrat. Dana received only 4626 votes to Tim’s 5844 votes. It’s of interest to note that when I ran two years ago, I lost with as many votes as Tim won by. In fact, voter turnout for the 38th was rather low, which tells me the voters weren’t thrilled with their choices this go around (maybe I should have run again
Posted by Paul Hosse at 11/11/2006 08:33:00 PM 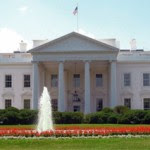