If we look at the present rate of inflation, it was running about 7.7% as of October. It looks like inflation it will be 8.3% for the year, which is a 40 year high. Your general utilities will be just about 17.9% more than it was last year. Food is up 10.9% over last year.

The cost of gas and diesel fuel has been on the rise as we all know. The average increase has been around 6.3%.  We saw a drop in prices toward the end of the election cycle when President Biden freed up some oil and gas from our national reserves. The point of course was to make voters forget, at least temporarily, all the pain they were paying at the pump.

Interest rates on everything from bank loans to credit cards are on the rise. When interest rates start to rise, so does inflation and visa versa. This is because to there is less money in circulation, so the "price" of money, which is based on its availability, goes up. Interest is the price we pay to "rent" the use of money.

The control of money (and interest rates) is controlled by the Federal Reserve. In order to slow the economy, the Fed increases interest rate, which slows borrowing in order to reduce inflation. By the same token, if the economy slows too much, the Fed lowers the rate of interest in order to encourage more borrowing and thereby stimulate the economy. In general, the Fed likes to keep the overall inflation rate around 2%.

When it comes to stocks and bonds, they tend to operate inversely. As stock prices rise, bond prices drop. When stock prices drop, bond prices tend to rise.  For instance, the interest rate of "I" Series U.S. Treasury Bond are expected to starting dropping from a current rate of 9.62% to an anticipated 6.47% as inflation rises.

The average American spends about 33% of their net income on mortgage or rent payments. With that in mind, real estate prices have risen approximately 17% over last year. The median price of an average home in the United States was $428,700 in the first quarter of 2022. If we go back to 2020, it was $329,000, which is a 30% increase in price. Availability is one determining factor.

If we compare by state, the average cost of a home in Hawaii was $1,038,544 in July 2022. That same home would cost $164,132 in Mississippi. Like California? Get ready to pony up around $816,804 (some parts of California such as San Francisco are actually considered too expensive for some people to move to). Maybe you'd like a little more open spaces instead.

Any way you slice it, the home prices are forcing more Americans to consider renting. But even that is becoming beyond some people's reach. A single bedroom apartment nationally  rents for an average of $1,326.00 a month (typically with utilities included). A single family house typically rents for $2,018.00 plus utilities.  Of course, as with homes, location is everything. But, as with everything else, the price of rent is expected to keep rising. Nationally, the U.S. is short between some 2 and 5 million units meaning there's more demand than supply, which drives up prices. Meanwhile, with inflation increasing along with interest rates, the cost to "rent" money to build more units has gone up too. That makes it more expensive to build more units and those higher cost are passed along to the consumer.

Perhaps the most important component here is wages. The average worker receives a wage increase of approximately 3.5 to 5.5% annually. Social Security and other government income recipients receive a annual cost of living increase (called "Cost of Living Adjustments" or "COLAs") of 8.7% at the beginning of the year.

However, when confronted with the current inflation rate, most individuals go in the hole by the time you add  in all the increases in utilities, fees, credit card interest rates, gas, food, taxes (particularly property and schools taxes), clothes, and so forth. Perhaps if it was just one or two of these, most people could cope, but it's not. It's the commutative effect.

Meanwhile, the cost of benefits, on which employees depend, continue to increase. Over the last five years, the cost of basic benefits have risen between 5% and 7%, forcing employers to reduce what they offer or requiring employees to pick up more of the tab.

Some small businesses have had no other choice but to drop benefit packages altogether, which forces some employee to seek employment elsewhere (and we all know finding qualified workers has always been tough, but finding individuals willing to work has been next to impossible since COVID). 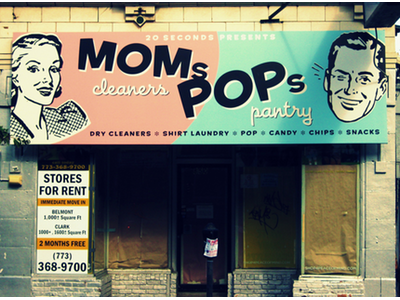 As a result, a lot of smaller "mom and pop" shops have vanished. Bear in mind too that few small businesses receive taxpayer based corporate bailouts. Those seem to be reserved for Wall Street. Let's take a more detailed look at wages since that effects pretty much everything else.

Not surprisingly, wages have failed to keep up with the rate of inflation. In terms of real dollars (dollars adjusted for the rate of inflation), our purchasing power is at a 66 year low. To put it another way, the current minimum wage buys the same as what 75 cents did in 1956.  Individuals on the low level of the pay scale, which includes most entry level jobs, simply can't make it.

A  survey by Bankrate said 55% of those surveyed said their wages weren't keeping up with prices. That includes workers who receive regular salary increases annually and the 39% of employees who do not.

To put it another way, an employee at Nike would have to work just under 30 hours to equal one minute of their CEO's salary. It's 20.7 hours at Amazon and 14 hours at JP Morgan Chase Bank. At Starbucks it's 10.7 hours of serving their overpriced coffee to equal one minutes of CEO Kevin Johnson's salary. At Blackrock, which is arguably the world's most influential company, an typical employee has to work 6.2 hours to earn the same amount that their CEO, Larry Fink, earns in 60 seconds.

Income inequality is at its highest level in over 50 years according to the U.S. Census Bureau. The widest pay gaps are in California, Florida, New York, Connecticut, Louisiana. However, Texas, Kansas, Nebraska, New Mexico, New Hampshire, Virginia, and Arkansas aren't far behind.

The Census Bureau also shows (perhaps not surprisingly) that the percentage of poverty in the U.S. was 12.8% in 2021, which is among the highest of any developed nation. That's about 38 million people. In fact, of the top 25 industrial nations in the world, the U.S. ranks dead last.

For seniors, Washington DC, Louisiana, and Mississippi the poverty rate was 13% or higher. In 12 states, including Kentucky, Nevada, and South Dakota, the poverty rate was between 11% and 12.9%. In the majority of the country it was 8.8% to 9.9% while in four states it was under 8%.

According to a number of reports, around a half a million Americans are homeless at any given time. About 70% are individuals while the rest are families. 11% of the homeless are military veterans. The rise of inflation and prices in general will likely add to these numbers.

Inflation, increasing home prices, the cost of gas, food, utilities, income inequality, homelessness, and, of course, rising taxes, are symptoms of a failing political and economic system along. There is no questioning our social, economic, and political divide.

History has shown that radical change tends to come from the bottom up. This is especially true if a middle class supports the bottom tier. In America, our middle class has gone from 61% of the population in 1971 to 50% in 2020 while the percentage of low income has grown from 25% to 29%. Globally the middle class has shrunk by 150 million since 2017. India lost 32% of its middle class while Asia lost 25%.

Along with industrial output, the quality of education and medical care, and other key measurements, the United States is showing all the signs of a irreversible decline. China is now the world's leader in manufacturing. In terms of technology and its innovation, the U.S. ranks number one, but China, Japan, and South Korea are pretty close behind. Germany and Israel are closing in too.

Academically, we rank in the middle of the second tier in science. In reading, we're in the lower half of the second tier, while in mathematics we're just above the third tier.  Overall, we're 17th in the world academically with Asian, Scandinavian, and Europeans dominating the top slots.

When it comes to healthcare, we spend more money than any other developed nation, and yet, we have among the highest infant mortality rates, the lowest life expectancy, and the fewest number of available beds. Among the top 11 highest income nations, the U.S. healthcare system ranks dead last.

Some predict America will become a second tier economy with a top tier military presence akn to other historic empires like Rome, the Ottomans, and Great Britain.  Others think it will a much harder landing resulting in a broken and fragmented nation.  Certainly the foundations are in place thanks to unchecked illegal immigration and a multiculturalism which discourages integration. Anyway you look at it, you better buckle your seatbelts.

What Is the Relationship between Inflation and Interest Rates

Average House Prices by State in 2022

U.S. Poverty Rate Is 12.8% but Varies Significantly by Age Groups

America's Poor Are Worse Than Elsewhere