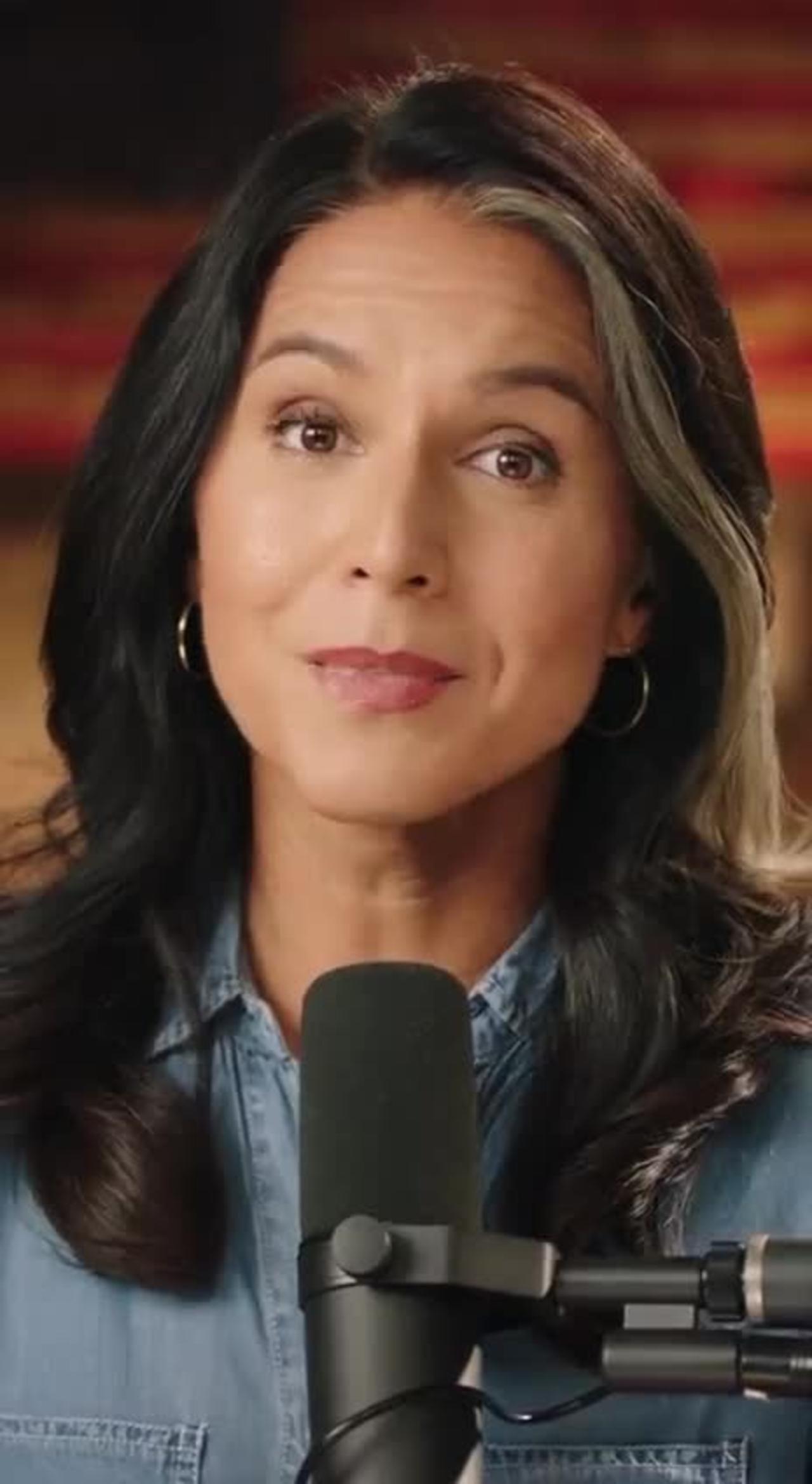 Tulsi Gabbard has left the Democrat Party. A move which, according to Ms. Gabbard, was long overdue.  For those unfamiliar with Ms. Gabbard, she has a very impressive resume. She was a U.S. Army Reserve Officer, having served in a medical unit for a year in Iraq. She later served a tour of duty in Kuwait, was military police officer, and ultimately assigned to the Civil Affairs and Psychological Operations Command. She finished up her military service as a Lt. Colonel in 2021.

Ms. Gabbard served in the Hawaii State Legislature from 2002 to 2004, the Honolulu City Council from 2011 through 2012, and finally as the U.S. Representative from Hawaii's 2nd Congressional District from 2013 through 2021.  She was the first Samoan-American and Hindu ever elected to Congress.

As  Congresswoman, Ms. Gabbard served on several key committees, including Homeland Security, Armed Services, Foreign Affairs, and Financial Services. She  was also one of two women combat veterans in Congress at the time. In 2020, she ran unsuccessfully for President.

She served as Vice Chairperson of the Democrat Party under Debbie Wasserman Schultz. However, she resigned after it became apparent that the party leadership, which was suppose to be neutral in the primary, was blatantly supporting Hillary Clinton and rigged the nomination process against Bernie Saunders (Ms. Schultz was later fired, but was hired the next day by the Clinton campaign).

Ms. Wasserman-Schultz's replacement, Donna Brazille, was fired for providing Hillary Clinton, by then the Democrat nominee for President, with a copy of some confidential questions which were to be asked in a televised president debate between her and Donald Trump.

Ms. Gabbard cited several reasons for her departure from the Democratic Party. She said it was "now under complete control of an elitist cabal of warmongers, driven by cowardly wokeness". She accused the party of promoting a "anti-white racism" and of being "contemptuous of religion, law enforcement, and "driving the country toward nuclear war".  That's some powerful accusations.

She added that she considered herself a "independent minded" person throughout her political career and thought of herself as mostly conservative. Well, she's much more than that now.  Because of her resignation, Ms. Gabbard has become part of America's political majority---the Independents.

Americans are sick and tired of being sick and tired of an intentionally corrupt political system which serves solely the interests of a oligarchy. Ever since Citizens United, corporations have controlled both political parties. They don't even pretend to hide it anymore, and why bother? They've all but eliminated the average voter from participation in the political process.

They've made political campaigns to expensive for most Americans. They've rigged districts through gerrymandering in order to keep partisan control. The absence of term limits means that an incumbent can stay in office for virtually as long as they want.  They've ensured that big money donors (which are typically corporations and multi-millionaires) don't give money to "unapproved" candidates.

As an aside, that's one of the main reasons the establishment media and both parties went after Donald Trump from the beginning. He was not a "approved "candidate. He wasn't properly "vetted" by the political gatekeepers, and he was largely self funded. That meant he couldn't be controlled or beholden to anyone or any agenda. To the elites, that's dangerous. 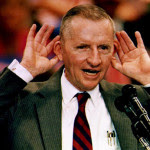 Part of the ongoing vendetta against Trump is to ensure that no one ever again attempts to do what he did; that no financially independent or "unapproved" candidate runs for president just like when Ross Perot ran for president on the Reform Party ticket in the 1980's.

Perot was largely self-funded and did such a good job in the televised debates that both parties came together to form the Commission for Presidential Debates to order to keep future "Ross Perot" types out of the debates and out of the public spotlight as much as possible (the debates were previously held by the League of Women Voters who refused to amend the rules to keep third parties and Independent candidates out. As a result, the LWV was dropped).

At the local level, state legislatures have made it near impossible for anyone other than a Democrat or Republican to get on the ballot by requiring them to jump through hoops the other two are exempted from. In 24 states, like Kentucky and New York, citizens are even prohibited from introducing ballot initiatives and referendums! Why? It's all about control and keeping it from the voters.

So what does Tulsi Gabbard's decision to leave the Democrats tell us? First, it's not unusual for politicians to leave their party, particularly when the political winds are shifting.  Ronald Reagan was once a Democrat, as were most individuals involved in movies or radio back in the day. Reagan changed to Republican after famously saying that he "didn't leave the Democratic Party. The party left me".

Democratic icon, Hillary Clinton, was once a Republican, and not just any ole Republican. She was once a member of the so-called "Goldwater Girls", who were avid backers of Senator Barry Goldwater, the scion of the conservative and libertarian movement in America.

Senator Elizabeth Warren started her political career as a pro-business Republican before becoming a liberal stalwart and part time Native American. Leon Panetta (aka "Darth Vader")  was originally a Nixon Republican before switching parties in 1971 over Nixon's stance on Civil Rights.

Of course, perhaps the most famous party jumper was the Teddy Roosevelt. We went from a trust busting moderate Republican to a Progressive "Bull Moose", before later switching back to his moderate GOP roots.

One can't fault Ms. Gabbard for her decision. More Americans are abandoning the two corporate than ever before. The majority of voters these days are Independent. In fact, about 43% are Independents (30% are Republicans and 24% are Democrats).Pollsters like to claim that Independents are actually closet partisans, which is about as far from the truth as it gets.

Since the late 1970's, the Democrats and Republicans began a slow but steady purge of moderates from their midst. Republicans called them "RINOs" (or "Republican in Name Only") while the Democrats referred to conservative members of their party as "DINOs" ("Democrat in Name Only"). Unfortunately for both parties, their respective "purity" litmus test proved too much and so they left.  It's been a proverbial hemorrhage of membership ever since.

So, what does it mean to be an Independent and is there a price to be paid? As stated above, the majority of Independents are mostly moderate or centrists. That means they lean conservative on some issues (usually fiscal, foreign policy, and some domestic issues) and liberal on others  with some occasional overlaps.  I prefer the term "pragmatic".

Independents tend to be non-dogmatic and examine each issued based on its own merits, which means doing a lot of their own research. They pay little or no attention to media endorsements (the media's job is to provide fair, honest, and balanced reporting, not promote political agendas). They are strong individualists and generally have a "live and let live" attitude.  Another thing about most Independents is that they tend to believe in equal opportunities, but not equal outcomes. That's up to the individual. 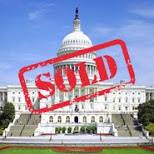 They prefer decision making at the local level as much as possible. They tend to oppose Citizens United and the notion of "corporate personhood", not to mention partisan gerrymandering, while supporting term limits and citizen referendums and ballot initiatives.

Individuals like Tulsi Gabbard are a like sign posts. They point to a new direction for the nation. The two corporate parties have put Americans on a never-ending marry-go-round.  Each blaming the other for what they both are doing and the establishment media providing the finger pointing.

We all know what's happening. We know, mostly, who is to blame. Many of us have glimpsed those pulling the levers "behind the curtain" to borrow from the "Wizard of Oz".  Politics has become a millionaires game and we're mere pawns at best. But their time is quickly coming to an end.

If we're to restore our democratic or Constitutional Republic, it's time we put aside the partisan politics and its manufactured divisions and come together once again as a single people united in liberty for all.

It's time we demand a balanced budget and line item veto amendments at the local, state, and national levels to ensure government doesn't spend more than it takes it and to eliminate pay-to-play pork projects. Corporate lobbyists should not write legislation. That's the job of the legislature.

We need to end partisan gerrymandering. Districts should be drawn along natural boundaries and by non-partisan entities such as local universities or colleges on a rotating basis. Term limits are a must. If the President can be limited to two 4 year terms, so should Congress and the Judicial system (actually a limit of 12 years---three 4 years terms---should be ample). 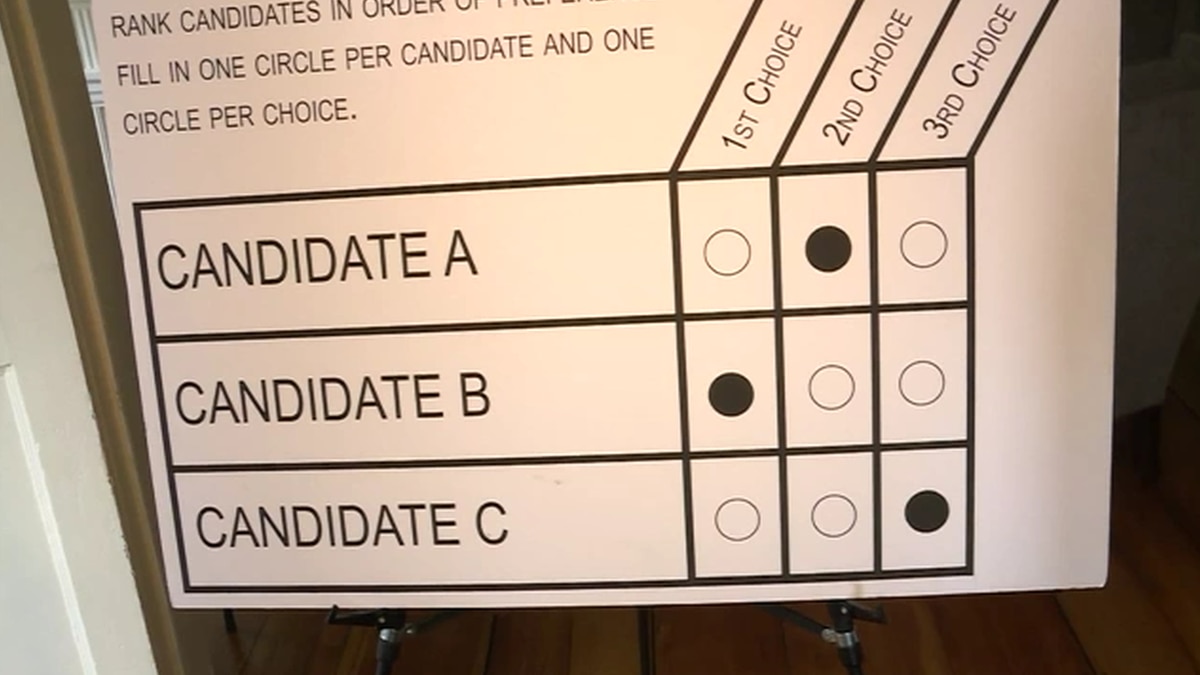 Rank Choice Voting is also a better way to elect candidates. Candidates are ranked by order of preference regardless of their political affiliation (or lack thereof).  The highest rank candidate wins. Referendums and ballot initiatives are our right as citizens. We don't need corporate controlled politicians acting as gatekeepers on issues we want to vote on.

While we're at it, shouldn't politicians be require to formally resign from their political party when elected? In our "winner-take-all" system, those on the losing end have no representation for however long the other side has that seat. Winners should represent everyone, not just one side.

Speaking of voting, citizens should decide on whether to approve a tax or other increase along with any changes in the salaries of elected or appointed officials. We all know politicians aren't good with money, especially ours! We need to serious overhaul our tax code and eliminate Citizens United too. Corporations are not people. They are legal fictions. They do not vote. Money is not "free speech".

We need a level playing field when comes to running for office. Nowadays, Independents and third parties have to jump through obstacles the other two parties don't. If a Democrat or Republican wants to run for office, they may need only three or so signatures to get on the ballot while a Independent or third party candidate may need as much as a hundred. That's not right (and I doubt even legal).

It took a lot of courage for Tulsi Gabbard to do what she did, but already a lot of Americans---if fact, the majority---have shown a similar courage by leaving the two corporate owned parties. So kudos to Ms. Gabbard for leaving the "dark side of the Empire", and joining the American People who want their government and their country back.

States without initiative or referendum