Following my recent article on Senator Mitch McConnell's and Speaker Nancy Pelosi's approval ratings, I thought it would interesting to briefly examine the approval rating of Congress (I can't help it. It's like watching a train wreak on greased tracks). Regardless of which of the two corporate owned parties are in control, Congress has been on a downward slump for...well...it seems forever.

Did you know that Congress's approval rating hasn't been above 39% since 2009?  That was the 111th Congress. The Democrats held both chambers and Barack Obama was President, and dropped from there (Obama's high water mark was 68% at the end of his first 100 days in office).

Congress reached 31% in 2020 under President Trump (his approval rating was then 41%). In other countries with similar ratings, government leaders would have already sacked the treasury and booked flights to some non-extradition island nation somewhere for an extended vacation (I wouldn't be too surprised to learn that the looting has been already begun).

According to a July 19th survey by Ballotpedia, the approval rating for Congress is down to around 19%. It should be pointed out that it doesn't matter who is surveyed. It can be the majority Independents, the Democrats or the Republicans. The results are the same. Americans overwhelmingly don't like the job Congress is doing (or rather, isn't doing), and still, 98% of Congress is re-elected each and every  election. How is that even possible?

First, here's a little piece of historical trivia for you to ponder. During the Cold War, the U.S. and its allies waged a constant campaign about the ills of the Soviet (or Stalinist) political system. The old Soviet era system was government by the Politburo, which was its version of Congress or Parliament. It had an average turnover rate of close to 60% of its members, who were elected by the populace. Here in the United States, Congress has a turnover rate of just 2%, despite a persistent disapproval rating in the 80% range.  Wonder what that says about us. What do you think? 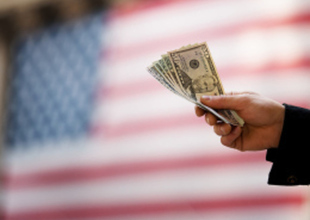 It's no secret to many Americans (and especially to the readers of Another Opinion), that we're no longer a Constitutional Republic. Sometime around 1980, we began the transition from the democratic Republic bequeathed to us by our Founding Fathers 245 year ago into something they would have not just loathed, but would have been deeply ashamed of. We've allowed ourselves to devolve into a neo-fascist Corporatocracy led by a super wealthy ruling Oligarchy.

Our so-called "democracy" is little more than an illusion, kept alive the propaganda arm of the political class---the establishment media which controls 90%+ of everything we read, hear, or watch. Everything from the "news" to video games, newspapers, radio and internet content. Even much of the content of the TV shows and movies we watch are scripted to present a particular political slant.  And nearly all of this has happened under the not-so-watchful eye of Congress, which now believes it has a "right" to rule, not govern. Rule.

In doing so, Congress has helped to create a political class comprised of not just politicians, but of bureaucrats and lobbyists for that sole purpose. Those who are nominally elected to serve our interests in truth serves the interests of the obscenely rich, who, through their hired guns, the lobbyists, even brazenly write the laws which are intended to serve their interests.

They shepherd these bills through a intentionally confusing maze of committees and subcommittees where they have been to be signed off on before being allowed to advance. Of course, invariably, committee chairs and vice chairs (as well as powerful members of these committees) tack on their own pet project designed to put money in their pocket, or that of a large contributor, and to make them look good at home (so-called "pork" or "earmarks").

In the 2022 2,700 page long Omnibus Spending Bill, there was lots of political grease to keep the corrupt machinery of government going (never mind the fact  that "earmarks" were officially banned in 2011 following the outrageous Alaskan "bridge to nowhere" which cost taxpayers $398 million dollars. For Congress, it's business as usual).

The list of notable earmarks alone total some 367 pages and includes thousands of pet projects! For instance, Ohio Senator Sherrod Brown (D) got $500,000 for a Underground Railroad Freedom Center and Museum for downtown Cincinnati, Ohio.

On the surface, that may seem like a great idea. After all, knowing about the history of slavery is important, especially for the youth. However, the Center would be allowed to engage in lobbying efforts from, let's call it a "Democratic perspective", which, as an aside, is interesting since during the era of slavery, the Democrats were hardcore supporters of slavery while the newly created Republicans were largely  abolitionists opposed to slavery. Nevertheless, should a publically funded historical center be engaged in politically oriented lobbying?

What about $1.5 million dollars to built a playground in House Speaker Nancy Pelosi's home district of San Francisco? How does $800,000 sound for "artist lofts" in California? There's $500,000 for a ski resort in New Hampshire. In Rhode Island, Roger Williams University is getting $1.6 million of your dollars for a "equitable growth of shellfish agriculture" program.

In New York, Senate Majority Leader, Chuck Schumer managed to get 142 pet projects added to the 2022 Omnibus Spending Bill. Some of these include $3 million on a museum in Brooklyn, $1.5 million on theater for "capital improvements" just to name two, and don't think this is all Democrat spending habit. Republicans have been and remain just as addicted to spending your money.

Senator Roy Blunt (R-MO) got 52 projects into the 2022 Omnibus Spending Bill, including a $13 million dollars bridge between Perryville and Chester, Illinois, and $9 million dollars for the Waynesville airport. A number of other projects were added by other members of Congress who are facing tough upcoming elections this November. Nothing quite like bribing voters with their own money to win hearts and elections.

All told, the 2022 Omnibus Spending Bill totaled some $1.5 billion dollars. The pork projects added on by Congress amounted to approximately $9.6 billion dollars. While perhaps in the big scheme of things, $9.6 billion dollars may not seem like a lot, it's still your tax dollars. It's money which could have been used to fix highways, gone into national parks, improved waterways, or helped veterans, and no doubt some of it did. But the majority of it went into paying back corporate donors and ensuring reelection.

As an aside, it's worth noting that Republican Senator Mike Braun of Indiana tracked the pork added to the spending bill, and in a effort to contain the runaway spending, introduced an amendment to remove much of the earmarks. Not unexpectedly, his fellow representatives disagreed. The amendment failed in a vote of 64 to 35. I guess they know where the pork grease for the palms comes from.

So, with sustained disapproval ratings in the 80% range, a reelection rate of 98%, all thanks to unlimited corporate money, partisan gerrymandering of districts, an absence of term limits, restricted choices at the ballot box, Americans are essentially forced into electing people they don't want, paying taxes they didn't agree to, forking over money for bills and projects which benefit the super rich. All we get is the trickdown effect of a "golden shower".

Our Founding Fathers would have called that "taxation without representation" or worse. We are forced into propping up a political class and supporting two corrupt corporate political parties, which they would have abhorred while depriving us of choices; of our natural rights. Not signs of a free people. What do you suppose they would say to us if they could see what became of the government they left us? What do you suppose they'd encourage us to do?

The United States of Oligarchy

What Our Founding Fathers Said About Political Parties