Paying Your "Fair Share" of Property Tax: But Is It Fair to All? 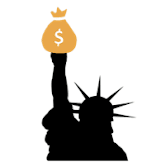 This week we're going to veer off of our usual topics. As readers of Another Opinion know, most of our articles are national or global in nature. This week we are going to focus on something a little closer to home; some a bit more personal. Taxes.

Just over 200 hundred years ago, our nation kicked off a revolution against the most powerful country on the planet, England. What provoked us, a nation of farmers and merchants, to the point where we were willing to take on the highly disciplined and superbly equipped British army?

The British monarchy, under King George III, and Parliament had repeatedly tried to impose taxes on the colonists without our consent. The colonist saw themselves as British subjects, no different than someone living in London or York, with the exception that they had no say when it came to taxation.

The Crown, which believed it wasn't answerable to the common working class, and especially to those thousands of miles across the Atlantic, felt justified in the imposition of taxes. After all, the British Crown had spent hundreds of millions of dollars and doubled their national debt to defend the colonists from the expansion of France into the western regions of the colonies and parts of Canada, with Native American support, killing or capturing settlers and burning settlements. This was known as the "French and Indian War" and the "Seven Years War", which lasted from 1756 until 1763.

Although the Britain ultimately prevailed, and in doing so, acquired additional territory in Canada and Florida (from the Spanish; an offshoot of the Seven Years War, lasting from 1762 to 1763), secured the Ohio Valley, and opened up the Mississippi Valley for further exploration and expansion. However, the war nearly bankrupt the Royal treasury. The taxes the Crown attempted to impose was to replenish the treasury. It was seen as being for the "common good", while those who opposed the taxes were viewed as "selfish" or "ungrateful" and disloyal to the Crown.

From the colonist's perspective however, they resented the fact that the Royal Government didn't take into consideration the cost already borne by the colonists. First, they already paid taxes to the crown. Secondly, the war was fought here, not in England or continental Europe. It was their homes and so forth which were affected, not to mention disrupting businesses and trade which negatively affected their income.

Lastly, but most importantly, the imposition of new taxes not just presented an additional hardship on the colonists, but they weren't even consulted; something they felt was the least the Crown should have done. Now, while each of the colonies had a representative or agent in London, most were beholden to the Crown, and thus, did little or nothing on behalf of the colonies.  It was Founding Father, James Otis Jr, who, given the situation, first coined the phrase "taxation without representation is tyranny".

Where I live, here in Kentucky, we just received our property tax bill. For those of you unaware of what  a property tax, it's a additional tax homeowners pay for the privilege of owning their own property. The tax, which is usually collected by the County Sheriff, is calculated based on the appraised value of your home and property. The appraisal is done by the local government.  No conflict of interest there (sarcasm intended).

The property tax is broken down to indicate who gets what of your money. A portion covers state real estate tax, a metro real estate tax, a fire department tax, and a school tax. For those over 65, there is a homestead exemption deducted from the gross tax amount. You also have to pay interest, which goes to the local government, if your payment is late.

As an aside, Kentucky ranks nationally 23rd when it comes to property tax rates. Neighboring Indiana ranks 22nd while Ohio ranks 39th and Tennessee comes in 15th. The lowest tax rates are (surprisingly), Hawaii, Alabama, and Colorado. The highest are New Jersey, Illinois, and New Hampshire.

Most everyone here in Kentucky have come to accept that property is the penalty for owning property, though some would consider it simply the price you pay for a society just as you pay a tax when you buy a vehicle, you pay an annual licensing tax for that vehicle, and you pay a gasoline tax to drive that vehicle. 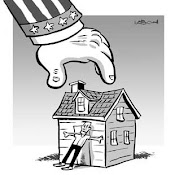 The issue, however, is not the tax itself, although there are surely a more equitable way to tax citizens such as through a flat or consumption tax. But most people were outraged at the unexpected increase in their property bill, especially the school tax which increased about 9%, which brings up another point.

It would seem that if seniors are afforded a exemption on the overall property tax, they should also be exempt from paying a school tax, or at the very least, pay a reduced percentage. The same goes for those who never had children in school.  No one denies that schools generally benefit society though it's the students themselves who benefit the most. Without a adequate education, they are unlikely to find a job that pays much more than minimum wage or meaningfully contribute to society. However, it's the tax rate which is inequitable and unfair.

Secondly, the increase was done without the consent of the us, the taxpayers. Existing law says that certain entities can request and receive an increase up to 7% without approval of the voters. I've long opposed that. While it may be viewed as a "hassle" by various special interest groups and government officials, I believe that any increase in taxes, rates, fees, or salaries of elected officials must have our consent. It's our money, and we all know how politicians are when it comes to money.

However, that's unlikely to happen unless voters ban together. The state legislature is loath to give voters more control over our tax dollars or a greater voice on the issues by "allowing" us to have voter referendums (currently voters have to get a petition together with appropriate number of signatures and present it to a member legislature like some medieval supplicant and say "pretty please" to get it on the agenda to be heard and voted on). The same can be said of local governments too.

Voters should have the right to have an issue placed on the ballot without being on bended knee before some self important elected official. Yes, a realistic number of signatures should be required and the issue (as it will appear on the ballot) should be reviewed by either the local county attorney for a local issue or the state attorney general for a statewide matter to ensure that it's legal. I think voters are capable of making up their own minds without the guiding hand of government.

So, what do you think? Should the citizenry have been alerted of the coming tax increase and given an forum to comment? Should those with no children in school, seniors or those on fixed incomes be either exempted  from or at least afforded a discount on the school tax? While nobody wants to pay taxes, they should, at the very least, be fair. Those without children in school shouldn't be penalized by paying the same percentage as those who do.

What about referendums? Shouldn't voters have the right to put issues on the ballot without the acquiesce of the state legislature or local government as outlined above? What about a level playing field so that Independents (the nation's largest voting bloc) and third parties have the same requirements for running or holding appointed positions as Democrats and Republicans?  Those in power will do anything to retain and increase that power.

However, that "power" isn't theirs to hold on to. It's ours, and we need to remind them of that often. I believe that we should have the final say on taxes, fees, rates, or salary increases. For that matter, there's a great argument to be made that those who are 65 or on limited income should be exempt altogether from paying property tax. Our nation fought a war with the mightiest nation on earth over that issue of taxes and representation. What will we do?

If you want to know more, please take a look at the links below. If you enjoyed the article, please consider subscribing. It's free!

Is It Time To Stop Funding Schools With Local Property Taxes?

School Finance: The Elephant in the Property Tax Equation