Our Healthcare Rubicon: To Get Vaccinated or Not We seem to have reached a line in the sand; a national healthcare "Rubicon" if you will.  Since the onset of the COVID-19 virus and the development of vaccines, there has been those who've declined, for one reason or another, to get vaccinated, especially with a average recovery rate of between 97% and 99.75%. That's fine. It's their choice. We are, after all, ultimately responsible for our own health, be it good or bad.

Hundreds of thousands of individuals routinely include a "DSR" (do not resituate) as part of their Living Will. By the same token, tens of thousands of people refuse to accept blood transfusions or other medical treatment as part of their religious or philosophical beliefs. At the same time, countless others routinely decline to get a flu, tetanus, hepatitis, or shingles vaccination.

Our concept of individual sovereignty as defined by the Constitution and Bill of Rights, not to mention the precepts of Western democracy itself, gives us a "God-given" right to make decisions for ourselves.

As bad as the swine or chicken flu was, or given the deadly seriousness of the AIDs epidemic, there was no massive call for vaccinations or treatment. It was left up to the individual. Why is the government all but pounding on our doors, needles in hand, prepared to wrestle us to the ground if need be and force us to get vaccinated?

The CDC recently concluded a study of around 400 Kentucky patients and reported that "herd immunity" alone is not effective enough by itself (yet it was effective with other viruses). Therefore, regardless of one's health, age, or other risk factors, vaccinations should be made mandatory. 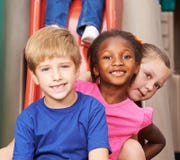 I remember as a child that when some kid came down with mumps, measles, chicken pox or whatever, the parents would get all the kids together so that everyone got exposed and got over it together. This was "herd immunity" and it's been used everywhere. It's the idea that eventually enough people would become exposed causing a general group immunity to a particular virus.

Those opposed to the vaccinations believe the same thing applies to COVID-19; that if exposed, a individual immunity would develop, and if enough people are exposed, then a group or herd immunity would develop. At the same time, they accept that there are those who are at a higher risk, and should get vaccinated, which would either artificially create a immunity to the virus, or at the very least, reduce the severity of the virus.

To date, we've seen some public and private businesses, hospitals, and healthcare associations require that their employees either get vaccinated or face possible sanctions, up to and including termination. Given the current situation we're facing in the business sector, and especially in healthcare, that could leave us critically shorthanded. What should we do?

If you're dealing with "at risk" individuals on a regular basis, such as the elderly or those with suppressed immune systems, wouldn't you want to go that extra step to insure they are protected as best as possible? Of course, to do that, it might mean getting that vaccination or take that pill even though you don't want to for whatever reason, but need to do in order to protect those you choose to in your chosen profession. This doesn't just include those in healthcare, including working in nursing homes and convalescent centers, but also EMS, firefighters, and police.

The "Rubicon" I mentioned at the outset, isn't so much about whether you should or shouldn't get the vaccinations, but rather, do you have a moral obligation to do so? The argument today seems to be centered on whether they government (or your employer) has a "right" to order you to get the vaccination; that is, impede on your individual sovereignty.

As with so many things these days, it's not all black and white. On the one hand, does the government have a right to force you to get an injection? You, as a human being, have the right to do with your body as you see fit so long as no one else is harmed or negatively affected or do you?

Shouldn't the government just advise you? They can (and should) provide you with the unvarnished facts of the situation, including the pros and cons of getting or not getting this or that vaccination (which, thus far, they've done a pretty poor job of doing) and then step back and allow you---the sovereign individual---to make your own decision and accept whatever consequences may result.

Well, not exactly. There are two precedents to consider.  In 1905, the US Supreme Court ruled that a state government could force an individual to receive a vaccination in the event of a national emergency or be fined (Jacobson vs. Massachusetts).  In a second decision, the Supreme Court ruled in 1922 (Zucht vs. King) what unvaccinated students could be excluded from both public or private schools.

However, both decisions were very narrowly defined and related to specific applications. Given the powers still inherent to the states, they can prohibit mandates to vaccinations.  As of August, 14 States have enacted legislation which prohibited mandatory vaccinations by employers, schools, or which required so-called "vaccination passports".  Federally, it's a bit different.

Currently, there are no specific federal laws which require federal employees or contractors to be vaccinated, nor are there any laws which can require citizens in general to be vaccinated, with a few exceptions such as immigrants seeking permanent residency, and the military, but should that include prisoners? Exemptions for medical or religious reasons are permitted as covered under the 1964 Title VII Civil Rights Act and the Americans with Disabilities Act (regular testing and mandatory masks can, however, still be required).

So, that means the states are out of the proverbial woods and can do as they want right? Well, again, not exactly. The federal government still has one ace up its sleeve. While the federal government doesn't (as of yet) have the legal authority to require vaccination mandates, which currently rests with the states, under Constitution's "Spending Clause", that could change.

The Spending Clause basically controls the money that states use to underwrite or supplement various programs. It's been suggested that Congress use the Spending Clause to "urge" states to enact some form of mandate on their own. Given that the majority of states couldn't financially survive without federal money, that's a pretty good incentive, while making it look like Washington's hands are clean.

What about employers? Can they mandate employees get vaccinated?  When it comes to corporations, things get a bit more complicated. The first thing we have to remember is that corporations are not democracies. The "Bill of Rights" doesn't apply there. Secondly, there's no single clear cut policy. Some are requiring all employees to be vaccinated, while others are requiring either proof of vaccination or to submit to weekly testing and even requiring masks.

However, most employers, especially in industries with a current shortage of employees, are taking a "wait and see" attitude, partly to avoid any possible legal action by employees or unions, and to avoid a further loss of workers.

According, some employers are taking the "blanket approach" and requiring all employees, regardless of vaccination status, to wear masks while others are leaving it up to the employees. Either way, the employer must ensure that they are compliant with all state and federal laws (most notably Title VII and the Americans with Disabilities Act). Thus, the majority of employers are simply mirroring whatever the federal government does at present.

So, where does this leave us? For the average employer, it's mostly a matter of "monkey see monkey do" and mimic the federal government. For others, especially in healthcare, law enforcement and firefighting, vaccination is either strongly being encouraged or mandatory. As for the average person, states and local governments are taking a two prong approach.

The CDC is going all out to encourage citizens to get vaccinated, especially if they're high risk. Secondly, while not making masks mandatory, they are strongly urging mask usage, even if the individual was previously vaccinated in some instances. At the same time, while they are informing citizens of the dangers of exposure, they are leaving the final choice (and consequences) to the individual.

America is a unique country. Individually is as much a "national trait" as taking tea time or afternoon beer is to the English and Germans. Americans, in general, also have never trusted the government. In fact, this is a country born out of that distrust. Our trust of Congress, as well as the presidency and judicial system, along with local government, are at dismal levels, which doesn't help the situation. We don't even trust school systems, the news media, or even religious institutions anymore.

In the end, Americans will respond as we always have. Governments can make recommendations, or try to bully or scare us. They can try to circumvent existing laws by making it difficult on us (such as masks or weekly testing), but we will ultimately do what we want. Some believe that "herd immunity" will eventually save us while others believe that it's only through compulsory mass inoculation that we'll survive.

Personally, I believe it's largely an individual choice. Unless you're around those with compromised immune systems, the option of vaccination or no vaccination should be yours. By the same token, you and you alone are solely responsible for the consequences. There are folks who thought they had good immune systems and ended up in the hospital on a respirator...or the morgue.  Others, however, barely got a sniffle.

So, you play your cards. You place your bets, and you take your chances. My advice is, as always, stay as informed as possible, be careful, and make your own decisions, but don't put your well being ahead of those who might not be so lucky if possible. Want to know more? Check out the references below.

Can Employers Mandate a Vaccine Authorized for EmergencyUse?

How the COVID Pandemic May End: Lessons From The 1918 Flu

COVID has killed about as many Americans as the 1918-1919flu