What's happening in Cuba? Why are there now thousands protesting after decades of Communist rule? The answer is not quite as simple as it would seem. First, many of those protesting are citing Cuba's dire economic situation. Cuba has long suffered from food shortages, going back to the U.S. blockage of the early 1960's, which was partially alleviated by the Soviet Union and other Eastern Bloc countries.

Since the fall of the USSR in the early 1990's, Cuba's ability to import food, commercial replacement parts, and medical supplies has been put to the test, which brings us to the two main reasons behind the protests. Aside from food and other commercial necessities, Cuba has been unable to get ample doses of the COVID-19 vaccines. Cuba has already seen infection rates dramatically increase, with some areas reporting as many as 6000 confirmed cases, and it's getting worse.

Just a few years ago, protests like these were unheard of. President Fidel Castro not only maintained a strong grip on the Cuban people via his police and security forces, but also through sheer force of personality. As bad as things were for Cubans, they loved Fidel. Since his death in 2016, Cuba hasn't been able to produce anyone as popular or charismatic as their  "El Caballo".

Briefly, Fidel's younger brother, Raul, governed the country. While he was generally well liked, he lacked the Fidel's dynamic  personality. To offset this, Raul loosen the government's grip with the announcement of his 300 political and economic reforms, which included limited privatization of businesses, reduced government spending, term limits and better relationships with other nations, especially the United States.

Primarily for health reasons, Raul turned the reins of power over to Miguel Diaz-Canel and stepped down as President in 2018  (he "officially" retired from government in April 2021). Diaz-Canel is also First Secretary of Cuban Communist Party, which is the island nation's sole political party. Unfortunately, Diaz-Canel, age 61, has proven to be fairly unpopular with most Cubans, who consider him to be a puppet of the Castro family and "old guard" politicians; unable to adapt. 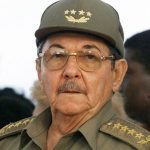 Since assuming sole control of government, the economy has shrunk by 11.6%, partly as a result of COVID and the ongoing US trade restrictions which were reimposed President Trump after briefly being normalized following Fidel's death by President Obama and Raul Castro in 2014. Nevertheless, Cuba is still able to purchase food , medicine, and certain humanitarian goods from the U.S. .

Unfortunately, however, for Cuba, while the U.S. had temporarily lifted travel restrictions under President Obama's administration, President Trump reversed many of restrictions, including the ability to send or bring in currency and other items from the States, which has severely impacted the Cuban economy.

Cuba is heavily depended on tourism to bring in badly needed dollars. Tourism accounts for nearly $3 billion dollars to the Cuban economy. However, tourism isn't enough. There exists an unofficial or underground economy of cash sent back by Cubans living at large (particularly Florida), which are typically sent via wire transfer, travel agency courier, or brought in person.

The principal conduit, Western Union, has reported that each month, approximately 240,000 "unique" wire transfers are sent to Cuba for an estimated $2.88 million dollars annually. In addition, approximately $200,000 is carried onboard each flight to the island nation by paid "mules". Best guesses put the total amount entering the country by these "mules" to be around $2.44 million dollars annually.

Trump's reimposed sanctions resulted in the closing of 407 wire transfer locations like Western Union and its Cuban partner, Fincimex. It's worth noting that the highest concentration of Cubans in Florida are in the Miami-Dade area. Historically, the Cuban community has voted Republican. However, in this past presidential election, it went Democrat; no doubt to protest Trump's restrictions.

In terms of imports, Cuba imports food items (mostly processed),chemicals, machinery and other heavy equipment chiefly from countries like China, which makes up nearly a quarter of Cuba's imports, Spain at 14%, followed by Russia, Brazil, Mexico, and United States with about 5% each.

Cuba is also an exporter of mainly agricultural products such as coffee, sugar, tobacco, citric and fish, along with nickel and petroleum, which makes  the economy heavily susceptible to fluctuations in commodity markets as well as to changing climatic conditions. Cuba also exports medical supplies, including test kits, vaccines, and various drugs (especially for the treatment of diabetes).

Other factors have also affected Cuba and it's economy. Venezuela's economic and political implosion has severely shook the Cuban economy. The Latin American country is Cuba's top trading partner and accounts for 17.8% of Cuba's exports. Spain, whose economy shrank 11% in 2020, accounts for about 12% of Cuba's exports, while Russia, once Cuba's chief trade partner, makes up just under 8%, followed by a troubled Lebanon, whose economy shrank 19.2% in 2020, and Germany, both represent just over 4% each.

So, with the Cuban economy once again struggling, the fear of COVID spreading, and the failure of the Cuban government to open up the country economically and politically as promised, the people have taken to the streets; which is a dangerous at any time.  The result has been attempts at shutting down the internet in order to help contain the situation while restricting information about the protests from getting out. This move was attempted by Egypt in January of 2011 during the Arab Spring and failed.

Cuba's Foreign Minister, Bruno Rodriguez, claimed that the U.S. was trying to encourage more protests by sending "bots" to every Cuban phone with messages urging them to join the protestors. Meanwhile, Cuba's President, Diaz-Canel, has called for government supporters (what he termed as his "revolutionaries") to take to the streets with counter protests.

State controlled media outlets have been running near around the clock "analysis" of the situation (from a decidedly government perspective) while police in riot gear and military personnel have been called out to impose order and make arrests. In the interim, Russia has urged President Biden not to interfere with what it regards as Cuba's internal security matter. Other countries, including China and Iran, have also taken a keen interest in what's happening.

Many analysts, mostly outside the US, believe that if the U.S. Government (notably the CIA) wasn't behind the protests, it certainly was fanning the flames. The U.S. Government has for decades tried to undermine the Castro regime ever since it deposed Batista in 1959, a widely recognized puppet of the U.S. State Department and a pawn of corporate interests, not to mention the American mafia.

Following the ouster of Batista, and the nationalization of several corporations, the U.S. Government, backed by the Kennedy Administration and CIA, attempted an invasion of Cuba (Bay of Pigs) in April 1961 which failed miserably. Later, came the infamous confrontation between Cuba, the USSR, and the US, which, in October of 1963, brought the world to the brink of nuclear war.  Afterwards, the Kennedy Administration enacted an embargo which remains essentially in place, along with CIA sponsored attempts to assassinate Castro and/or topple his government up until his death in 2016.

As an aside, the United States previously invaded Cuba in 1898 during the Spanish-American War after the USS Maine mysteriously blew up in Havana Harbor (it was later determined to have been likely a spontaneous fire in its coal bunker and not sabotage as was alleged at the time). The Maine had been sent there during Cuba's War of Independence to protect American economic interests. It was said at the time that while Spain may control Cuba's politics, America control its economy.

So, what are we to expect? Will the situation in Cuba lead to a "Latin American Spring"? There are many who blame forces within the U.S. Government for destabilizing the self-proclaimed  "socialist" Venezuelan economy, which also may have inadvertently affected surrounding countries, and  resulted in the mass influx of immigrants fleeing north to the US-Mexican border.

However dire the situation in Venezuela, it appears their government is still hanging on...so far. We also can't (or shouldn't) forget that the U.S. Government has overthrown several duly elected governments in Latin America (notably Columbia, Argentina, Paraguay, Mexico, Chile, among others) that we disapproved of and installed brutal rightwing military juntas, resulting in the deaths, torture, and imprisonment of millions, not to mention the "disappearance" of thousands.

We have also invaded countries in Latin America over a dozen times, so it's easy to understand why Cuba and others are a less than convinced of our sincerity despite President Biden insists claims that our support is solely for the Cuban People. It's worth nothing that as of 2018, just 47% of Latin Americans had a positive view of the U.S. (Mexico, by the way, was the lowest, with only 30%).

It would be cynical to say that the United States acts strictly in terms of protecting or enhancing its de facto "empire". However, it would be naive to say that political and economic self-interest in this era of an Oligarchic Corporatocracy, which America has become, aren't a decisive factor.

If oil and gas weren't at stake, would we have launched the First Gulf War to oust Saddam Hussein from Kuwait? Unlikely.  Aside for revenging the cowardly 9/11 attack and desire to take out Osama bin Laden and the leadership of Al Qaeda, would we have remained in Afghanistan for 20 years if it wasn't for its oil, gas and minerals?

Remember, bin Laden was killed in 2011 and we're just now leaving a worse off Afghanistan, some ten years later, with the likelihood that the Taliban will once again reclaim the country. The same can be asked of Iraq and its oil, not to mention our near psychotic fixation on toppling the Iranian Government or occupying Syria, which has been a long time Russian ally in the region.

I'm sure that there is a humanitarian element to our public (and perhaps covert) foreign policy. We don't want to see people starving or in need of housing or medicine. That's why America has always acted anywhere in the world every time a natural or manmade disaster occurs, yet thanks to a near 60 year old embargo, we have it just 90 miles off our southern coast. Of course, America has always promoted "freedom" and "democracy", even if that's in short supply here at home.

If deeds speak louder than words, then surely our past history must speak volumes. The Cuban People deserve better than what they've had since 1960. Then again, they deserve better than what they had under the likes of Batista too. If President Biden is sincere, then we should do what we can to support the Cuban People. However, the mantra in Washington has always been "never let a good crisis go to waste".  But nevertheless, whatever the situation, we must do what we can to allow the people of Cuba to decide their own destiny, whether we agree with it or not.

Cuba exports medicines to dozens of countries. It would likethe U.S. to be one of them

Russia, China, Iran Warn U.S. Must Not Intervene in Cuba