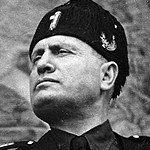 Tyrants and totalitarian regimes down through history have sought to leave their mark on society. Many start off with good intentions, but power, as they say, tends to corrupt. They often find that they are always in need of more power in order to root out and destroy all the evil they find. There is never quite enough of it--power---or the time they need to accomplish their goals.

One of the most common ways tyrants---whether they be rich Oligarchs, fascists, or someone "from the people"---has been to rid society of the outward signs of corruption as they see it. Typically this is in the form of books, art, statues, and even names. In ancient societies, for instance, certain names fell out of favor since they hearken back to a time and regime which were seen as symbolic of evil.

During the Protestant Revolution as an example, people stopped naming their children after popes or saints. Instead, they named them after many of the Old Testament patriarchs.  During World War I, names were often changed to make them sound less German.

The British Royal family, which had deep and recent German roots, changed their surname to Mountbatten-Windsor from the much more Germanic sounding Saxe-Coburg-Gotha.   Many a "Johan" or "Karl" became "John" and "Charles". During World War II, the Nazis questioned anyone with a "Jewish" sounding name, names were changed again. After the war, you couldn't find an "Adolf"!

Throughout history, statues and artwork representing the opposing side were destroyed. In ancient Egypt, they priesthood of Ra not only destroy the statues of the so-called "heretic" pharaoh, Akhenaten and his beautiful wife, Nefertiti, they destroy the entire city of Amnara and used much of it as fill work  on newer projects. What wasn't used, was left for the desert to bury. 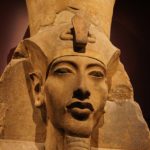 The reason was that Akhenaten had introduced a new religion in Egypt which focused on worshipping a single god---the Aten or sun, thus replacing the old religion and its priestly caste with its many gods. He moved the political and religious capitol (which had been Thebes) to a new city, Amnara, at great expense (most of it coming from the treasury and granaries of the former priestly caste).

With his death, the old priestly caste (with the support of the military) made a quick return, forcing Akhenaten's son, Tutankhaten, to restore the old priesthood and return the capital to Thebes. They even forced him to change his name, dropping the "Aten"  and becoming Tutankhamen.  The priests and supporters of Aten were largely murdered or forced to flee for their lives in exile (one theory says this was the basis of the Exodus story and Moses).

The Nazis destroyed statues, pictures, and books of not just Jews, but anyone they viewed as a threat. The infamous book burnings of the 1930's were conducted by the pro-Nazi German Student Union. The first books to be tossed into the flames were those written by Karl Marx, Vladimir Lenin, Rosa Luxemburg, and Karl Kautsky, but later included people like Freud, Einstein, Thomas Mann, and any books pertaining to socialism, Communism, pacifism, or were viewed as "liberal".

Other books consigned to fire and ash which promoted homosexuality, the "Jewishness" of Jesus or the his Apostles. The Nazis also added philosophy books by Heine, Kafka, Hesse, and Brecht. Expressionist art was banned, as was jazz music, and plays which included gays, Jews, or gypsies. Anything which didn't celebrate the "Aryan" ideal was viewed as unacceptable. They created a blacklist of writers, artists, playwrights, sculptors, actors, and musicians who were denied not just work, but even payment for work already completed.

No longer could Jewish actors find work. Studios (especially the giant movie studio Ufa) were forbidden to hire them and fellow actors were not allowed to either work or socialize with them. Radio shows who employed non-Aryans had to either cancel programs or find replacement actors. Needless, to say, Jews, gays, and gypsies from every sector of society were strongly "encouraged" to leave the country. 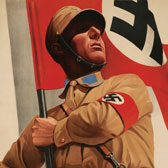 Nazi Germany, as terrible as it was, wasn't the only place where this happened. It happened elsewhere, such as Italy and Spain, and to other groups in other countries like Romania and Hungary. It also happened in Stalin's Russia, where people were literally "erased" from pictures, just as they were erased from history books.

Movies were re-edited to reflect Stalin's viewpoint, and this continued not just throughout Stalin's reign, but for decades afterwards. Many of the innocent "offenders" were either murdered or worked to death in the brutal gulags of Siberia.

"Cancel Culture" has long existed, and has been known by many names. It's been used by the Right as much as the Left and just as effectively. Like with the Nazis and Communists before, people are being denied the opportunity to freely express themselves. They've been shouted down. They've been physically attacked. They've had their works vandalized or destroyed. Order succumbs to chaos.

They are censored or shadow blocked, which I consider to be the coward's form censorship, and has affected numerous articles, vlogs, and blogs (including this one). Anything which challenges their fixed mindset is seen as a threat and must be eliminated overtly or covertly. But hiding behind "fact checkers" or "community standards" doesn't change it from what it is--- an attempt at intimidation to enforce conformity.

Today, we're seeing statues of our Founding Fathers vandalized because, two hundred years ago, they owned slaves (or perhaps not). We ignore the fact that these individuals were constricted by the morals and laws of their time, yet we judge and convict them through the morals and laws of our present time. This goes for those who supported the Confederacy as well, who are now socially persona non-grata.

It wasn't enough. Perhaps only a fool would have thought it would be. As a result, we engaged in the most brutal and costly war in our country's history. Not solely over the single issue of slavery as some want you to believe, but over many issues, mostly economic, which ultimately came back to the issue of equality of all. It wasn't long after that women were included in that equality with the right to vote, to work, to own property, and who to marry (or divorce). Revolutions often devour their own children.

The "Cancel Culture" of today seeks to deny us our voice; of expressing ourselves openly and freely without fear of ridicule or attack. They attempt to create division by promoting what separates us rather than what unites us, yet calling anyone who disagrees with them "fascist", "Nazis", or "racist".  It's an old lesson of tyranny, to accuse your opponent of what it is that you're doing.

We are seeing the absurdity of the Cancel Culture unfold before us as they seek to eliminate cartoon characters like "Pepe La Pew" and "Speedy Gonzales" from popular culture. Why? Because Pepe (who was based in part on French actor Maurice Chevalier) was somehow promoting "sexual harassment".  As a result, the animated character has been removed from a kiddie movie, "Space Jam 2". I'm sure he'll disappear from the usual morning cartoon lineup too.  I wonder if they'll remove Augie Doggie because he's a straight single dad?

They claim Speedy Gonzales is a negative stereotype of Mexicans (and by extension, Hispanics) and yet he always comes out on top against "el gatito" every time. I suppose they'll go after "Porky Pig" next because he stutters! They've already tried to eliminate Elmer Fudd because he carries a gun (they allege he encourages violence). Have they never seen video games like "Call of Duty", "Mortal Kombat" or "Grand Theft Auto"? How about the violence in movies or music videos and songs? Talk about violence!

Perhaps they should consider Yogi Bear for stealing picnic baskets or Penelope Pitstop for being the perpetual "damsel in distress". or"Jonny Quest" for being "white privileged". Of course, you had Fred Flintstone not only holding a job, but working at quarry (obviously blue collar). That should offend everyone who doesn't want to work!  We can't forget "Hector Heathcote",  that Revolutionary-era patriot of all things American! He's is the anathema of the Cancel Culture. I can imagine they would never want kids to see that cartoon! Of course, we can't forget their efforts in removing Dr. Seuss!

Although not consigned to the bonfires (yet), movies like "Gone With the Wind", "Blazing Saddles", "Breakfast at Tiffany's", Animal House, Airplane, and a host of others could never be made today. This is especially true of movies made during Hollywood's "Golden Era'.  Books like "Tom Sawyer" and  "The Adventures of Huckleberry Finn" aren't considered "PC". Neither is "Little House on the Prairie", "Peter Pan", "Catcher in the Rye", or "Indian in the Cupboard" among dozens of others. We need diversity of thought, even (or especially) if we don't agree with it.

Crayola has announced they were dropping "white" from their color crayon line up (rumor have it that the color will remain, but the name changed to "plain"). The color "Flesh" is now "Peach". The VP of Marketing at Crayola, Charles Weston, said that they originally viewed the color "white" to be used for "coloring clouds, snowballs, and Republican Senators". He also stated that Crayola would no longer be including the white crayon in the hopes that "enable more coloring and less whitening, unlike American history classes". 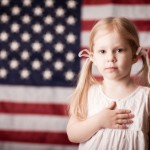 So, where does that leave us? There's so much more we can discuss, but space here prevents it. We've all become accustomed to the usual flag burning or trampling which is aimed solely at provoking a response, or at the very least, gaining some attention. "Taking a knee" at sporting events failed to galvanize a nation. Instead, it enraged us, and as a result, cost the sports entertainment industry millions of fans and billions of dollars. What was moral is now reviled. Lies are truth from another perspective. Strength is seen as weakness. Up is down.

The Cancel Culture is about "cancelling" our culture as Americans, and that includes are collective values and traditions. It's little different from the Stalin or any of the other tyrants of the past except that it's here in America and it's happening now. They are political zombies bent on destruction. It includes not just our ability to live together, but to work out our problems peacefully.

Cancel Culture is no different from the tyranny of the past. They seek to erase all that they fear by creating fear in us. Their aim is to convince us that we have no power to stop them, when, in fact, we hold all the power. We just need to speak out.

Speedy Gonzales Is the Latest Cartoon to be Accused of Perpetuating