Examining All Our Options: The Three Candidates for U.S. Senate (Yes, three) 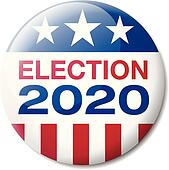 One of the advantages of being an Independent (aside from the fact that Indies are the largest voting bloc in the country; bigger than the Democrats or Republicans) is that I don't have to follow a political dogma. I am free to praise, criticize, support and vote for anyone I want based solely on their credentials and not on the letter behind their name, and that's a pretty good feeling.

We know that our former "one great newspaper" will automatically support the Democratic candidate, regardless of any other criteria (I have no doubt they'd "endorse" a Democrat Joseph Stalin if he was running for President). The fact is that the media has been out to get Donald Trump since election night. The same can't exactly be said of Mitch McConnell (R-KY), the omnipotent Majority Senate Leader. But what about the "other" candidate? No, not Amy McGrath. I'm talking about Brad Barron.

Who is Brad Barron you ask? He's the other candidate running for the U.S. Senate. Brad is a Libertarian, which, as usual, typically gets ignored by the corporate media. The media likes to limit or manipulate your choices and call it a "democratic" election. I disagree. I think all the candidates need to be heard from. So, let's talk about Brad Barron for just a bit. 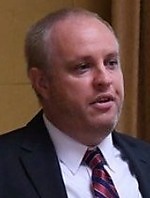 Brad Barron is the CEO of Barron Family Farms, which is located in Warren County, Kentucky. Barron Family Farms is a working farm (which includes Brad) which focuses on regenerative and sustainable farming which goes beyond being simply "organic". They produce beef, poultry, pork, and related farm produced items. That gives him practical business experience. He's been married to his wife, Jill, for 21 years, and together they have three children. Jill, is a mechanical engineer at the Corvette Plant in Bowling Green.

As for his political experience, I haven't found where he has been previously elected or appointed to any prior positions. His views are in line with the Libertarian Party. For instance, he's pro-life across the board and he opposes any funding of Planned Parenthood.   Brad supports a full audit of the Federal Reserve and eliminating the IRS. He supports a balanced budget amendment and term limits.

Brad also favors returning to Congress all powers assigned to it by the Constitution which have been assigned to various agencies and departments. He is a strong advocate of the Second Amendment and the right to self defense.

Finally, Brad Barron would like to see our troops brought back home and a re-emphasis on national self-defense, using our naval and air power as our primary deterrent to potential foreign enemies (we can deliver troops anywhere in world within hours). We could then use the tax savings to repair a broken VA healthcare system, including making use of the open market in order to provide veterans and their families more healthcare options according to Brad's website. If you would like to know more about Brad Barron and his campaign, I've include a link to his website below.

America is an Oligarchy, or perhaps more accurately Corporatocracy, which ironically happens to be the same term that Italian dictator, Benito Mussolini said was a better description of Fascism (and he should know. He was the founder of fascism).  This Corporatocracy represents a merger of sorts between large multinational corporations and the government for the benefit of the ruling super rich or plutocrats. These plutocrats are the ones who make up the Oligarchy I often mention.

The cold truth, as I've written and said for decades, is that our Republic is gone. We are not the same nation bequest to us by our Founding Fathers and we all instinctively know it (whether or not we want to actually admit it to ourselves is another matter).

Like it or not, Mitch McConnell is part of this ruling clique. However, despite the millions he's made in politics over the last 36 years, he's still a bit player; the "hired help" by their standards despite the fact that he helped make their final takeover of the government possible by his support of Citizens United. McConnell even went on record to equate wealth with "free speech" and that corporations just didn't have the same rights as you and I, but greater rights.

McConnell also (and not unexpectedly) opposes term limits, which we desperately need to help curtail some of the corruption in government and open it up to new ideas. Along the same lines, he opposes ending gerrymandering which is a legal, albeit highly questionable, way to rig elections by the party.

Don't assume that I am "ditching" Mitch in favor of Amy McGrath, his Democratic opponent or Brad Barron. Far from it. These are things the Senator has long made public. As for McGrath, she is certainly a fresh face in politics,"fresh" because she has no political experience. For that matter, she has no business experience either. However, she is a former Marine pilot who claims to have flown combat missions for instance, but is she?

According to the Lexington Herald, Amy flew on 89 combat assignments. However, she did so as a back seat weapons systems operator, not as the actual pilot. She did eventually become a pilot of fighter planes, but never an F-18 in a combat role. To her credit, McGrath has never claimed to have been the actual pilot in any combat mission., just having been on combat missions. The devil is always in the fine print. 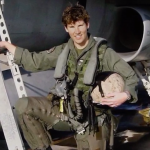 Amy McGrath did serve as an instructor at the Naval Academy in Annapolis Maryland, and as a foreign affairs and defense advisor to Rep. Susan Davis (D-CA) for a year while still in the Marines. As an aside, her husband, Erick Henderson was a former Navy fighter pilot and is a lifelong Republican. Amy was also an Indie for 12 years before deciding to run for the Senate.

There's no question that America is in trouble. In fact, we're in deep trouble. We've not been this deeply or widely divided as a nation since the decade preceding the Civil War, and we don't have a decade to get it sorted out nor do the we have the caliber of leadership that existed in years leading up to the Civil War; men like Daniel Webster, Henry Clay, or John C. Calhoun.

That means we need to carefully consider all our options and all the candidates running for office. We may decide to gamble on what we have or perhaps taking a chance on someone else. That means we need to look at all the candidates, including Independents and third party candidates like Brad Barron. We must also relearn how to agree to disagree and to peacefully respect all opinions...and outcomes. Not only does our nation depend on that, but so does the lives of our children and grandchildren.

These military veterans are questioning Amy McGrath's military record. Here's what she did

Mitch McConnell Has Long Argued For More Money In Politics

'Citizens United', Kentucky, and the Future of American Elections