The NFL and Racism: Changing The Tune and Paying the Piper The NFL has, for the last two years, done little to prohibit players from kneeling during the playing of the National Anthem. A sign of disrespect by most Americans. The result was more than just fans booing but a dramatic drop in game day attendance, team merchandise sales, and a huge loss in TV viewership. The solution for the networks was to stop showing the National Anthem in the hopes that viewers would return. The results have been mixed with the NFL, the teams, and the networks losing billions while long time fans have found life outside of football and other professional sports.

Now, on the heels of the COVID-19 virus which has already cost professional sports multi-billions of dollars, the NFL has decided to cut their proverbial wrists. They've decided to play a so-called "black national anthem" at the start of every Week One game; preceding our National Anthem. They are encouraging everyone---players, coaches, owners, and fans---to stand for the black national anthem, while kneeling for America's National Anthem. The lunacy is mind-blowing. This move will cost them huge swaths of fans, some forever, and more revenue than they can imagine.

Meanwhile, just to drive home the point of how out of touch many of these individuals have become, from the players and coaches, to the owners, player's union, to the President of the NFL, Roger Goodell, let's consider this. There are now mounting "demands" that some of the teams change their name and logo (and not just the Washington Redskins) which they claim are demeaning.

The majority of those complaining include groups on the Left who've started applying pressure not just on the NFL leadership or the owners, but on corporate sponsors like Nike, PepsiCo, and FedEx, making the "Redskins" name change solely a financial based decision and based on the opinion of Native Americans.

Polls conducted of Native Americans found that many weren't "offended" by the Washington "Redskin" team name or logo. Some felt it was intended to honor Native Americans. As an aside, it was a Native America who designed the logo. In 1971, Walter "Blackie" Wetzel, a member of the Blackfoot Tribe, came up with the logo, which his grandson, Lance, said brought a sense of Native pride. Wetzel grew up on the Blackfoot Reservation in Montana, and eventually became president of the National Congress of American Indians.

Lance went on to say that not only was his family upset by the change, so were members of the Blackfoot Nation and other tribes. He added that over the years the team brought in tribal singers and dancers, and incorporated Native American imagery onto team merchandize and advertising, which helped the tribe. Another classic example of Native Americans getting the short end of the stick...again?

So what do you do when you're dead wrong? Simply, you keep trying to get the result you want. So far that hasn't happened. I'm sure that at some point it will. They may eventually get the results they want or find some individual to use as their "proof". Maybe they'll interest Elizabeth Warren. I hear she has between 1/32 and 1/1024 Cherokee ancestry.

That just seems to be the way things are today doesn't it? Ignore what the people while continuing to push your agenda in a media echo chamber until everyone either tires of it and gives in or until someone else comes along with another issue who is louder than you are. Everyone (well, most everyone) these days is scared of being called some name like "racist", "privileged" or whatever. We can't seem to even agree to disagree and go with our lives. So, if we're to play this absurdity all the way out, what do you think we'd end up with? Let's consider some possibilities shall we, beginning with the NFL?

Okay, we have to face the face the owners of the Washington Redskins are caving to BLM and a minority of others and will change the team name and logo. A few suggestions I've seen are the "Red Tails" after the Tuskegee airmen's 99th Fighter Squadron of World War II. Some have recommended "Warriors" which provides a slight nod to Native Americans. Some more "creative" suggestions have included the Washington "Wussies" or "Grovelers", not to mention a few more colorful examples!

Of course, if the "Redskins" nickname is offensive, then we need to consider other team names like the Kansas City "Chiefs" (the term "Chief" is seen as being derogatory unless aptly deserved. Much like calling a black man "boy"), the Buffalo Bills (Buffalo Bill is now labeled a "racist"). The Dallas "Cowboys", Houston "Texans", and San Francisco "49ers" are all obvious. Their nicknames are references to groups who participated in the stealing of Native American land, so they have to go.

We have the "Raiders", "Vikings", and "Buccaneers" which could infer plunder and pillage, and of course, the slave trade which pirates of all sorts actively engaged in. Naturally we can't forget the New England "Patriots" which is blatant reference to old rich slave owning white men. If any go, it has to be that one! Green Bay's nickname, the "Packers" was for Acme Packing Company (formerly the Indian Packing Company), a meat processing business in Green Bay, Wisconsin. That might be offensive to vegans.

The Pittsburgh "Steelers", formerly the "Pirates", changed their name as a nod to the steel industry, then a major regional employer. They many want to rethink that one. After all, steel production creates a lot of air and water pollution, not to mention land destruction through ore mining. The pollution it puts out includes ammonia, cyanide, and naphthalene; all of which are highly toxic and cancer causing. I can see environmentalists getting bent out of shape if they realized the connection.

Most of the remaining nicknames pertain to animals, such as dolphins, eagles, and tigers. It would be a stretch, but a good argument could be made by some zealot that the images encourage the eradication of these animals through fishing, hunting, or captivity. Of course, it could be argued too that the use of these nicknames and symbols bring awareness to their plight. So, I'll leave these alone.

Nevertheless, out of the 32 professional NFL football teams, at least ten need to change their team nicknames and logos. After all, if a name and logo designed by a Native American and seen as a source of pride for Native Americans is seen as "offensive" by a small minority of rich individuals who aren't Native Americans, then there's no reason these other names and logos should be left intact is there?

While we're at it, let's look at professional baseball. The most obvious are the Cleveland "Indians" and Atlanta "Braves". No brainer. They're right up there with the "Redskins" and "Chiefs". They have to go. The San Diego "Padres" and Los Angeles "Angels" (not to mention the New Orleans "Saints") nicknames are offensive to atheists and agnostics (or not). They've need to go. The Texas "Rangers" are named after obvious wild west racist police officers. The San Antonio "Spurs" are, once more, about cowboys and land theft from Native Americans. The Milwaukee "Brewers" name was due to the German immigrants and breweries which sprung up in the region. So, because of Hitler, the Nazis, and all, that name has to be changed too.

The New York "Yankees" gotta go. These New England sailors were known for hunting whales, seals, and dolphins and for shipping slaves (that is, before 1808 when it was outlawed). Same argument for the Seattle "Mariners" and Los Angeles "Clippers". The "Clippers" also transported miners, settlers and cargo from the West Coast up to Native American Alaska and to Asia (mainly China), and returned with a lot of Chinese passengers, so that may need to be looked at. 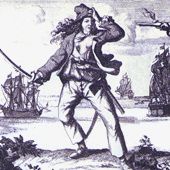 The Pittsburgh "Pirates" fall into the same category as the "Vikings" and "Raiders" mentioned earlier. Some names which I'm sure the Left won't object to are the Los Angeles "Dodgers", Cincinnati "Reds" or Boston "Red Socks". As for the rest, they're a hodgepodge of animal, geographic, and random names which are open to interpretation.

Although I'm not a professional basketball fan (or a fan of college sports in general), a few team nicknames come to mind for immediate change. First is the Boston "Celtics" with its little leprechaun mascot. An insult to Irish everywhere, though it may not count since the Irish are historically white and thus automatically "racist". However, in their defense, many were sold as slaves by the British and Arabs. They were also the first indentured servants in America starting in 1607 at Jamestown.

The Philadelphia "76ers" is a reference to the American Revolution and Declaration of Independence, which was signed in Philadelphia in 1776. Again, old rich white men; many of whom owned slaves. This falls into the "no brainer" category as well. The Washington "Wizards", Orlando "Magic" and the Washington "Mystics" of the WNBA are obviously encouraging witchcraft and Satan worship. No need to say more.

The Golden State "Warriors" seem to be a positive wink at Native Americans. About the only ones who might object to that nickname are peace loving groups like Antifa. The Utah "Jazz" is kind of iffy. It could be considered an appropriation of black music, and thus culture, or it could be viewed as a recognition of it. Either way, a portion of all team sales needs to go to a fund for alleged "reparations" post haste.

As for the remaining team nicknames, most seem pretty harmless; names like "Knicks", "Nets", and "Thunder". But like anything, they can be made into something they're not and never were intended to be, much like the Washington "Redskins" nickname.

None of the names used by these professional sports teams were ever intended to offend or otherwise injury anyone or any group in anyway. More often than not, they were intended to celebrate those whom their teams were named after. Be it hard working blue collar men and women in the food processing or steel industries, or the courage and bravery of Native Americans, or sense of adventure and toughness of seafaring mariners, the Irish or Vikings.

The Native Americans didn't ask for Washington's owners to change anything. It was mostly a small group of overpaid loudmouth individuals. Lastly, but no less importantly, the playing of any anthem before that of the Star Spangled Banner---a song dedicated to the unity of every man, woman, and child in this country irrespective of their race, religion, origin, ethnic group, gender or any other factor---is a slap in the face of the American People and everything good this nation represents.

It's more deeply an insult to all those millions of men and women of all races who gave their lives for this country along with all my fellow disabled veterans. It disrespects the first responders of this country of all races, genders, orientation, and religion who come to our aid without regard to any other factor except our need. They put themselves in harm's way for our protection. Yes, there are a few "bad apples", but show me a group where there aren't. Nevertheless, the good far outweighs the bad. For this, you put nothing before it and you show your respect by standing for it.

Uncivil Rest in Louisville Kentucky: When Enough is Enough

Well, things got exciting recently in Louisville Kentucky. The normally sleepy city burst on the national scene with the death (some would ...