Term Limits: Could They Save Our Broken Political System? When our Founding Fathers embarked on this unique experiment called the United States of America, they drew on many sources ranging from ancient Greece, the Roman Republic, the ideas of the Enlightenment, and even Judaeo-Christian traditions. Their hope was to create a Constitutional Republic which provided just enough government to enable society to flourish with a bare minimum of political interference.

In doing so they opposed the creation of political parties ("factionalism") which they believed would divide Americans and eventually usurp political power from the citizenry and encourage the creation of special interests groups which would, in time, come to control political agenda. They hoped that this new form of government would encourage the development of the "citizen legislator". That is, that ordinary citizens from all walks of life would take their turn in coming to Washington or to the local or city capitals, serve a term or two, and then return home. Thus, allowing most everyone an opportunity to participate in controlling their own destiny.

Nevertheless, the Founders never intended on the creation of political factions as mentioned above. They also never intended on the creation of a professional political class like the one they had just thrown off; the wealthy upper crust aristocrats. They viewed these individuals as having no connection with the ordinary colonist. They were considered haughty and elitist. They were too inclined to tax ordinary citizens while exempting themselves. They typically were held to an entirely different social and legal status. What applied to the common farmer or business owner didn't apply to them.

In short, our Founders wanted to avoid what we have today---a professional political class of wealthy individuals belonging to competing political factions controlled by powerful special interests groups who've made it all but impossible for the average citizen to participate in the election process. This is thanks mainly to partisan gerrymandering of districts which all but guarantees no party turnover; unlimited financing of not just campaigns, but of legalized bribery through so-called "leadership PACs" which serve as a near bottomless source of funds for the officeholder thanks to Citizens United; the co-opting of the legislative process by very well paid lobbyists (many of whom are former politicians or staffers) who "help" write legislation and then ensure its passage through the maze of committee chairmen "gatekeepers" who get their cut at each stage of the process; and, of course, unlimited terms which means that a well funded politician can hold onto an office virtually for life. In fact, it's not uncommon for their child, relative, or close friend to pick up the seat after they retire with a lifetime salary and benefits---all paid for by you and me.

It's the latter issue, unlimited terms, that I want to briefly discuss. Prior to 1947, the President of the United States could serve indefinitely. However, almost all self-limited themselves to two four year terms out of tradition based on George Washington's example. The one exception was the 32nd President, Franklin D. Roosevelt. Roosevelt was elected in 1933 amid the Great Depression. Through essentially a reworking of government regulations and a series of economic measures, he staved off the collapse of the economy.

However, by 1941, it was beginning to appear that the country might be starting to slip back into, at the very minimum, a recession , when the Imperial Japanese Navy struck Pearl Harbor on December 7, 1941. The next day America was at war with Japan and a few days later, with Nazi Germany and Fascist Italy and their combined allies. Although Roosevelt faced elections every four years, the American People believed that wartime was no time to change leaders. Unfortunately, he never saw the war conclusion, having died just a month shy of Germany's capitulation and four month short of Japan's surrender.

Nevertheless, the American People seemed to agree, perhaps after seeing the toll that 12 years in office took on their beloved president, that two four years in Washington's tradition were enough. So, on February 27, 1947, the Twenty-second Amendment was ratified limiting the presidency to eight years. What was not changed, however, was the tenure of Congress. The Senate remained six years for one term while the House stayed at two years per term.

In those days there was more participation in politics. Gerrymandering hadn't quite become the science it is now, and special interests hadn't seized total control of the political process. People voted (61.4% in 1964 vs.55.7% in 2016). It was still possible for "Mr. Smith" to afford to run for office and go to Washington. Compromise and civility was more the norm than the visceral extremism of today.

Of course, that's all changed now. Voting for change no longer works. Today, the average cost to run for a U.S. Senate seat is approximately $15 million dollars. To run for a House seat, the average cost is (ready for this?)...$2 million dollars. The reelection percentage of incumbents range from 91% in the House to 84% in the Senate and has been that way (or higher) for a very long while now, and yet the approval rating of Congress (as of February 2020) is only 23% (it's been as low as 9%). To put it another way, 77% of your employers think you're doing a lousy job and yet you're rehired almost 100% of the time. I don't know about you, but I find something very unsettling about this.

Here's another way for you to think about it. During its heyday, the central governing body of the USSR (that "Axis of Evil" as President Ronald Reagan called it), the Soviet Politburo, had a higher turnover rate of its members (all of whom belonged to just one party---the Communist) than the members of Congress with their two parties. It kind of makes you wonder who provided the best representation to its citizenry doesn't it? So then, what are some of the pros and cons of term limits?

First, by establishing term limits it would restrict the amount of time an individual has to spend on raising money. Right now the average politician has to raise at least $18,000 every single day for themselves plus at least that for party leadership. On average, a politician will spend six hours of their day just on raising money. That's six hours every day not working on issues. Secondly, since their terms are limited and they aren't focused on getting reelected, they would be more willing to take a stand on key issues rather than hedge their bets in order not to offend some powerful special interest.

It's no secret that the very nature of politics corrupts. Even a person with the best intentions will get "dirty" sooner or later. The longer you're in office the more likely the chances. By limiting terms, it would limit the corruption. Of course, if you're dirty going in or lean that way, limiting the term won't change a thing. A limited term would also reduce the time powerful corporate interests have in gaining control over you. However, given the costs of running for office, unless you're super rich, the chances are pretty good that a least a few have already got their hooks into you.

Congress (or even state or local legislatures), ironically, don't function much like a democracy. They are seniority based with committee leaders, whips (who ensure you vote the way you're told), and so forth. By restricting tenure, it would increase turnover of these committees and thus by necessity make them more democratic. It might also cut back on a lot of the political shenanigans played out daily behind closed doors. It forces politicians to focus on three or four key issues they intend to accomplish. 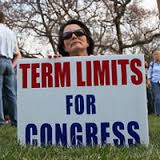 By increasing the turnover in Congress you would obviously bring in new blood. That means Congress would react faster to changes taking place in society. It would automatically create a closer connection between representatives and the base they're supposed to represent. At the same time, by removing individuals long disconnected from their districts (many don't even return home until nearing election time) it would bring in a plethora of new ideas.

Increased turnover too would force members of Congress back to the political center (where the overwhelming majority of Americans are) and to learn once again how to compromise and come together in a true bipartisan manner. Wouldn't a Congress without all the viral hatred and bickering be a good thing for this country? Just think of how much more could get accomplished. It could also increase the need to streamline how things are done, which just might force Congress to cut back in their involvement in our lives.

Term limits do have some drawbacks to consider too. In the process, we could lose some of very few "good" politicians as well as reduce the level of experience level of those who know how to get things done. It could also impact the working relationships which exist between politicians. Given that their time is limited, it could produce a "don't care" attitude.

Nevertheless, despite the negatives, 84% of Americans would like to see form of term limits. Perhaps limiting the Senate to a maximum of three or four terms which would be between 12 and 16 years. The House could serve the same through six or eight two year terms. If you are one of the "good" ones, you would think that would be enough to get things done. Lastly, change the presidency from eight years (two four year terms) to three four years terms or 12 years to match the House and Senate.

Of course, term limits by themselves won't be enough to retake the government from the ruling Oligarchy. We need to remove Citizens United and cut unlimited corporate money out of politics. We've got to prevent lobbyists from writing legislation in the name of elected officials. We need to given the president and the governors line item veto authority in order to cut out bad projects and special perks tacked onto bills. At the state and local levels, we need to have the final say on all tax, rate and salary increases for elected officials. In addition, we need citizen directed referendums and initiatives. 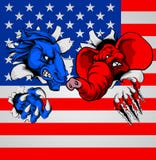 Speaking of which, no more salaries and benefits for life. Any and all legislation must apply to elected officials, not just us. Partisan gerrymandering must stop. Instead, turn over redistricting to a non-partisan agency like the Federal Defense Mapping Agency or a local university. Currently districts are drawn to benefit parties, not voters. That must change.

Lastly, and this a pet peeve of mine, I'm tired of all the partisan bickering. Next to nothing gets done for the American People. Regardless of their political party, I would like to see everyone elected to office resign from the party. In addition to their oath of office, I would like for them to include an oath to represent their districts, their state, and the American People without regard to partisan registration.

At present, just over 40% of voters are registered Independent, and that number is growing while the number of registered Democrats and Republicans are continuing to shrink. It's time for both parties to accept the fact that their days of "divide and conquer" are over. When one party wins, those on the other side are not represented. That needs to end. It's time that all Americans are represented...just like the Founders intended.

Gallup: Congress and the Public

OpenSecrets: Reelection Rates Over The Years