Are Democrats the New Socialists? Are Republicans the New Nazis? : Understanding What's At Stake 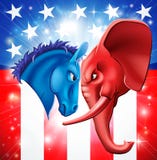 As a political writer, I spend a great deal of time on the internet, and that includes social media platforms like Twitter and Facebook. As a result, I often seen various topics reappear periodically. It's not uncommon to see these posts made by the same stealthy front groups, which usually represent one extreme or the other, albeit slightly reworked each time to "appear" fresh.

What gives these post their staying power and ability to resurface again and again (like a bad egg salad--oof!) is that the articles have all the right buzz words designed to appeal to the partisan reader. Unfortunately, these articles are designed to push a specific, often covert, agenda and are often aimed at those with a superficial understanding of the subject matter.

Case in point. Every so often I see articles which try to equate Fascism and Nazism with Socialism and Communism; typically claiming that they are all variations of Marxism. If you were to have made the same argument back in the 1930's, 40's, 50's or early 60's, you would have laughed into virtual oblivion. However, with the dumbing down of our education system, which happened to have started in the late 1960's and has accelerated ever since, someone...or some group with an agenda...can get away with it. People today simply don't understand history generally let alone its various nuances.

So, allow me (for the umpteenth time) point out that these four horsemen of failed political ideologies are not one and the same. Now I can almost hear some of you saying "but...but... Nazism has 'socialist' in its name. It has to be socialist doesn't it?". No, and the reason way is quite simple. The founder of Nazism (codifier would be more accurate but let's go with "founder" to keep things simple), Adolf Hitler, absolutely hated Communism. It was his avowed goal in life to destroy Communism at any cost. 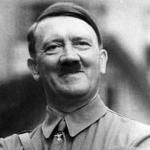 Hitler, like on so many subjects, had a superficial understanding of Marxism. But he knew enough to consider a "virus" to be purged from Mankind. When Hitler was asked to join the German Workers Party (DAP in German) as it was then known, it was little more than a small beer drinking political debate club. Shortly afterwards, Hitler essentially took over. To attract new members, the name needed to be changed and a symbol created for people to rally around (hint: the swastika with the same colors as the old imperial flag--red, black, and white).

So, Hitler changed the party name for German Workers Party to the National Socialist German Workers Party or NSDAP (the term "Nazi" was shorthand for NSDAP). So what did the terms mean? The largest party at the time was the Social Democrats (SPD), who were a center-left political party and the Independent Social Democrats (USPD). They were Marxist in principal but had adopted their ideology from Karl Kautsky and Edward Bernstein rather than from Lenin.

Another large party was the German Nationalist People's Party (DNVP) which was a center-right party lead by industrialist Alfred Hugenberg There was the conservative Catholic oriented Center Party and the German People's Party (DVP). Additionally, there were other smaller parties like the Bavarian People's Party, and dozens of special interest groups on both the Right and Left. One of the smaller but active parties was the Communist, which was modeled on the Russian Bolshevik Party and led by Rosa Luxemburg, Karl Liebknecht and later, Ernst Thalmann. Each had its own newspaper and "muscle".

Hitler's choice of terms was designed to attract followers from these groups. However, as he explained in "Mein Kampf", the terms were carefully chosen. "Socialism" for instance didn't mean the internationalist worker owned paradise that it did to most socialist parties and it had nothing to do with Marx. To Hitler, socialism meant "community", specifically of, by, and for Germans and Germany; Germans helping Germans. The term "workers" meant that the party supported the working class by promoting 40 hour weeks and health benefits similar to what President Roosevelt did in the U.S..

Immediately after coming to power in 1933, Hitler adopted May 1st (aka "May Day"), the international holiday for workers, something German unions had failed to do for decades. However, the very next day he dissolved all unions. In its place he created a state union to represent workers called the "German Labor Front" (DAF). True to form, DAF did improved the working conditions and wages for the working class. But unlike socialism or Soviet Russia, the State did not take over businesses. They operated as before. However, the new government and industry (particularly heavy industry and the financial system) did form a close working partnership where government would help support key businesses.

This idea was borrowed from Fascist Italy and its leader, Benito Mussolini. Mussolini is created with being the father of modern Fascism. Mussolini had come from a socialist family (his father was a prominent socialist). However, WWI changed Mussolini's opinion about politics. As a result, be began merging ideas from the socialist Left with ideas from the nationalist Right along with militarism. The result was the creation of Fascism, which, as Mussolini said, would be better named "Corporatism".

This new ideology would be run by a council of powerful business leaders and political leaders. Mussolini was elected by the board to head the government). It would control unions, the media, finance, and so forth. As the expression went "All for the State. Nothing outside the State". Again, note that unlike either Communism or socialism, the government did not co-opt businesses. It created a partnership, albeit with the government assuming the role of senior partner.

Under Mussolini, all opposition parties and groups were banished. Meanwhile, under Hitler's government there was actually a partnership of other conservative parties and special interests groups including Hugenberg's DVNP, the Catholic Centre Party led by priest Ludwig Kaas, and the Bavarian People's Party (BVP) led by Heinrich Held, with the support of the militaristic monarch oriented aristocrat Fritz von Papen who encourage President Paul von Hindenburg to offer Hitler the chancellorship ("We've hired him" von Papen is quoted as saying to von Hindenburg when the latter voiced his concern over a Hitler government. Von Papen had assured the president that Hitler would fail and be kicked to side allowing a return of a constitutional monarchy).

But he was wrong. Very wrong. Following the suspicious Reichstag fire in 1933 and the passage of the Enabling Act which gave Hitler near absolute emergency powers, the Nazis were able to consolidate their power and all political opposition was nullified.

Both socialism and Communism are, in theory at least, "worker centered". The State acquires total control of private and commercial property. Under socialism everything would be run by worker councils or associations. Depending on the variety of socialism you follow, private ownership of homes would be allowed, but the worker councils would run the businesses. These councils would elect representatives to help run communities and the overall State.

Under Communism, the State owns it all---businesses, farms, homes, machinery and just about everything else. There are exceptions of course, such as cars and clothing (though you must get a special permit from the State to own a car and to buy gas, oil, etc). Thus, under socialism or Communism there are no private banks, a Wallstreet, corporations, and so on.

So when someone tells you (or you read one of those articles I mentioned earlier) that the Democrats are pushing us toward socialism or Communism, ask yourself if there is anyway Wallstreet is going to give up its power and wealth? Are the banks going away? What about companies like Exxon, Apple, IBM, Chase Manhattan? Are McDonald-Douglas, General Dynamics, or Northrop-Grumman going to fold?

Think any of the large retailers like Walmart, Costco, General Motors, Ford, or Amazon are going to allow themselves to be acquired by the government? Any chance that the Teamsters, Longshoreman, or UAW are going to voluntarily dissolve? Well, if you have any working brain cells you know the answer is an unequivocal "no!". Obviously, therefore, the Democrats are not trying to turn American into a neo-socialist or Communist country and Bernie has zero chance of doing so. But what about the other side of that equation? Are Republicans or conservatives trying to make America a neo-Nazi nation?

No one is going to make the mistake of Nazism ever again (at least I hope not). Nazism differed from Fascism in many ways including a racism element which was aimed at not just Jews, but Roma Gypsies, and Slavs (in terms of population percentage, the Roma lost more people that the Jews did). In addition the Nazis went after gays, people of mixed race, as well as political opponents. While not officially a atheist nation (like the USSR was for instance), it generally opposed religion, especially if it opposed the Nazis. Despite the media's hyperbole, Republicans and conservatives are not racist or homophobes. They do, however, tend to be fairly religious. They also lack violence-for-violence stake groups like Antifa.

Fascism proved popular with the very wealthy and powerful. The idea of a partnership with government underwriting corporations with taxpayer money, lucrative deals, and tax exemptions had an certain appeal. As a result, unions, which represented the working class, gradually lost their clout. Business quietly bought the legislation it needed. It expanded the revolving door between government and "K" Street lobbying firms. One set of laws for them and another set for everyone else. Politics became so expensive that only the wealthy could afford to run, forcing most average citizens all but out. (think that was by accident?).

With the passage of Citizens United, corporations came out of the shadows. Now they're free to donate what they like (corporations out give unions 5:1). Corporations now literally own both parties and their politicians. Their lobbyists "help" write the legislation they want. They dominate domestic and foreign policy decisions. Regulators come from the same industries they're supposed to be regulating. Partisan gerrymandering all but ensure the party keeps its seat. Unlimited terms (with unlimited corporate donations) make it nearly impossible to unseat an incumbent. As a result, nothing changes. These same corporations own the media. They control what we see and hear, thus virtually dictating public opinion.

This is a new form of fascism. One that Mussolini would be quite proud of. It's the same ole partnership but with a few changes. Now, corporations take the lead. Instead of one party, there's two but with the same backers and goals. There is no need for a "Fuehrer" or "El Duce". Everything is done behind the scenes and much more slowly; piecemeal. The public media, once known as the "people's watchdog", has been co-opted to serve as the propaganda arm of this partnership.

It's still about empire expansion, but through control of resources or finances and less on conquest. It still means control of the population, but thanks to technology, it's much easier and more subtle than it was in the 1930's and 40's. This is what the Oligarchy is all about. Now when you see one of those articles pop up, you'll know the truth. So, instead of passing it on, why not simply delete it?

The Transformation of American Democracy to Oligarchy
Hitler and Socialism