Where Have Our Heroes Gone? America's Loss of Trust in Itself

What has happened to us America? There was once a time where we could trust those in office. We could believe what the media told us. They had integrity. We could trust them. But that's gone. Today we hear voices coming from every direction telling us who to hate, who to fear, or whose fault is was for our problems. They want to rage on about our differences; some real, but most manufactured. Where are the voices telling us who to love or to have compassion for? What happened to those who extolled our commonality and sense of community? What we share is far greater and more important than what separates us.

We've come to expect politicians to lie to us. It's almost automatically assumed they are corrupt. But then, in a nation ruled---not governed---by an Oligarchy, isn't it true? The Oligarchy owns both of the two political parties, and that includes their respective politicians. They underwrite their campaigns. They help to write the bills, which then goes before committees whose members are equally bought and paid for. The only real "partisanship" is between the competing cliques pushing their own agenda and who gets the biggest piece of the financial pie.

But, this wasn't always so. There was once a time where we had faith in those we elected. Yes, there was partisanship and real disagreements, but at the end of the day, they could still come together and treat each other with civility and respect. We could turn on the evening news and feel that we were getting a balanced and honest reporting of the day's events. But not anymore. Gone are the likes of Chet, Walter, Howard, Frank, and Peter, and with them the integrity we once believed in.

Today's 24/7/365 news cycle is less about facts and all about ratings. We routinely watch as these "talking heads" strive to out shout each other; call each other names. We see rumors and speculation presented as truth. They start with an agenda and work backwards, making the parts fit their twisted puzzle, and when they don't, they manufacture the missing pieces. And it's not just one side or the other which is responsible for this, it's both, and why not? 90%+ of all media, including network, cable, magazines, newspapers, radio, as well as movies and video games are controlled by just six corporations; all a central part of the Oligarchy. 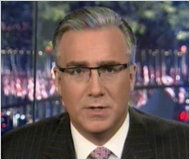 Even our nightly entertainment carries with it a divisive political message designed to divide us. Even our movies seem to carry a political message, often a subtle one, which is aimed to influencing our opinions. We're implicitly told what life styles, political opinions, or attitudes are acceptable while those who disagree are villainized or ridiculed. It seems that whatever we watch, read, or listen to has a message that we have to consciously filter out. I suppose Mrs. Cleaver doesn't live here anymore either and Father doesn't know best.

We've watched as those in power increasingly lost their professionalism; their civility to each other. It plays out on local TV, cable, and satellite. We can watch it "streaming" anytime we want, or even when we don't want. It appears every waking moment of every day of the year. We've come to expect politicians to lie. We watch teachers get busted for having sex with children or graduating from high school with the equivalent of a eighth grade education.

Our kids play video games or go to movies which glorifies violence. They make it seem as if life has no value or some magically "reset" button somewhere will restore everything to right. Yet, we wonder why there is so much violence. We're told the problem is guns or some politician when in fact the problem lays with us and not taking responsibility for what our children are exposed to. We watch as ministers preach one thing and drive away in $100,000 cars to their multi-million dollar mansions; many of whom getting busted for tax evasion or sex scandals of their own.

We must demand accountability, be it teachers, school boards, ministers, or anyone else is suppose to hold the public's trusts. I wouldn't want the pressure a police officer has to endure every day. The vast majority of these men and women deserve our never-ending respect. However, there seems to be a segment which I find utterly disgusting. They tarnish everything they're fellow officers stand for along with the trust of the community. Yet, the system protects them. We see their actions on the body-cams (if they're on). We hear the witness accounts. But, somehow they are typically found not guilty.

That's why independent police review boards comprised of ordinary citizens is so important. We link between the police departments and judicial system is so strong that they're nearly one. A independent review board would, at the least, provide a sense of impartiality for the residents. At the same time, there also needs to be transparency to these hearings. Anything which goes on behind closed doors is going to create a sense of suspension, and in an environment where there is already distrust, it only makes the situation worse.

People tell us to go vote if we don't like how things are being run. Yet, the political system has already been rigged to ensure that change never really happens. Every politician tells us how they're going to "stand up" to Washington or its power brokers; how they are demand change. Yeah, right. The system is designed to filter out any real reformers. For the very few who get through, they are sorted through a system of committees and "door keepers" designed to keep them to bust to focus on any real change.

In addition, they are exposed almost from day one to a strictly enforced hierarchy. Money brokers descend on them like vultures on a fresh kill. If the money and lure of power doesn't convince them, their party leaders will. Barring that, they will find themselves ostracized and facing competition back by their own party. If you won't bite the rotten apple, they'll find someone who will. It reminds me of junkies trying to get others hooked so they'll get more of the drug as a reward. The longer you're there, the deep the hook goes.

I suppose people have stopped voting because they're tired of being disappointed. We've had enough of being lied to. We know that once they're in, they'll either be corrupted or spit out. Political parties control the makeup of their districts through gerrymandering. Essentially, they chose their constituents instead of the voters choosing who they want representing them. Do you think that either party are going to willingly given this up? It practically guarantees that the incumbent will be reelected.

What about term limits? Terms limits would force politicians to focus their objectives to just a few issues which can be accomplished within a set amount of time. It would also limit the amount of corruption which can be imposed as well. It would created a fresh flow of new ideas and energy. Another thing it would do as well is, because of the turnover, it would force politicians of different partied to work together to get things done, which would only benefit us, the voters. The downside obviously is that the old partisan political system would collapse. Frankly, that's not a bad thing at all for the American People. Who knows, it might even resurrect a measure of civility and trust!

Of course, we know Citizens United, which created "individuals" out of corporations (except they have more "rights" than you and I). We must get corporate and other special interest money out of politics. Period. We need to make it possible for the average American to be able to run for office rather than multi-millionaires who have little, if anything, in common with ordinary Americans. Our Founding Fathers intended on this being a nation of "Citizen-Legislators", and not professional politicians. In fact, they also opposed the notion of political parties which they saw has being corrupting special interest groups which would gradually seize power from the people; making government subservient to the parties rather to the American People. Can you imagine that ever happening?

Americans have long lost trust in their institutions, and here's proof. According to a 2019 Gallup poll, only 36% of those surveyed had any trust in organized religion. The Supreme Court only got 38% while the criminal justice system saw a 24% level of trust. Congress, regardless of party, saw just 11% overall. The Presidency had a 38% confidence level. Yet, we still have a 73% level of trust in our military.

Trust in Organized Labor was just 29%, which is still better than Big Business which had only 23% but Americans still little their local businesses. Small business had 63% trust ranking which may be why big businesses try to portray themselves as being "local". Surely our schools would do better. After all, they caring for our nation's future. Well, not so much. Confidence in our public schools was 29%. Despite all the bad press, the police still saw a 53% level of trust.

How about the media? Newspapers, which has been in serious decline for decades, saw only 23%. TV news (including cable) ranked a lowly 18%. News on the internet ranked just a bit lower with 16%. Our trust in the medical system was surprisingly low at just 36% (think about the next time you visit your doctor or have surgery). Health Maintenance Organizations (HMOs) didn't fare any better. Their trust ranking was a unhealthy 19%. Banks received just 30% which isn't perhaps to surprising. Who trusts banks anyway? As an aside, 73% of Americans believe that artificial intelligence will eliminate more jobs than it will create, thus increasing unemployment among blue collar workers and the lower middle class.

The systems is broken across the board. The question is what we're going to do about it. I've presented some possible solutions. There are other things we can do such as demand citizens referendums and initiatives; voter approval for all rate and tax increases (including salary increases for elected officials); a level playing field to allow ballot access for third parties and Independents (who also happen to be the nation's largest voting bloc) and voter recall of those not doing the job we elected them to do.

We can also start taking charge of our neighborhoods and communities and squeezing political corruption out and partnering with other such groups (remember, politicians have no real power without our cooperation). We can start home educating our children; instilling in them the values we want them to have, not the ones the State decides on. We can form block watches. These will not only help to make for safer neighborhoods, but also as way to assist first responders, as well as make it more difficult for corruption to get sweep under the rug too.

We, dear reader, are not powerless. Far from it. We just have to realize that we are the ones who still hold the real power. Without out tacit approval, those in power, even the Oligarchy, can do nothing. They require our cooperation and obedience in order to control us. If we deny them that, they can be defeated and we can take back our government and restore our society.