'Tis the Holiday Season: The Safest Charities to Donate To 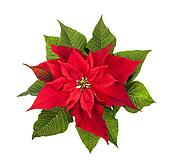 Well, it's that time of year...again...when people's attention turns to thoughts of turkey, stuffing, cranberry sauce, pumpkin or maybe pecan pie, and of course, Macy's Parade along with the usual football games. It's also a time where we start seeing Christmas commercials (ad nauseam) not to mention Christmas trees and decorations damn near everywhere! Kids methodically compiling their Christmas list ("Naughty List" be damned). But, it's also when we start thinking in terms of family and the gathering of our little group.

People, on average, are a little more friendlier (except when shopping in which case it's everyone for themselves). Maybe it's the lights. Maybe it's the snow on the ground or crispness of the air. Maybe it's the message this season brings for those of you who are Jewish or Christian. Whatever it is, we also tend to think a bit more about those who are less fortunate than we are. Sure, we see the individual standing on the street corner with the mandatory "will work for food" or "homeless veteran" signs year around. The more cynical among us of course wonder if they really would work for food or if they're actually a veteran or simply looking for a handout in order to score some drugs or booze. Nevertheless, this time of years seems to make us want to drop our guard, albeit just a little.

However, given human nature, it's also the favorite time of the year for crooks and thieves too, but for very different reasons. It's when they finding stealing packages from front porches,shopping carts and the backseats of cars the easiest. It's when we are so pre-occupied with other matters that we fail to notice our pocketbooks or who is around us in the parking lot. It's also when stores experience the most shoplifting and robberies. Stores are typically packed with high end seasonal goodies like jewelry, perfumes, clothes (especially coats), not to mention in demand toys, video games and equipment.

Stores are often stocked with part time temporary employees just trying to earn some additional pocket pockets to fill out their own special day. The majority don't make much more than minimum wage, but even if they did, they're not going to risk life and limb for a temp job. They don't have a vested interest in whether that particular store gets robbed or not. Besides, that's what store and mall security are for. Of course, with few exceptions, neither are going to risk a brawl or worse, getting shot over a pair of sneakers or jeans. In addition, in most cases, they really can't do much more than "detain" the individual until the cops get there (in the case of mall security, many of them are retirees. They couldn't do anything even if they wanted to). 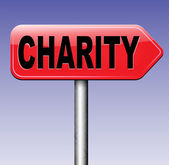 Nevertheless, there is another kind of criminal I want to talk about. In my opinion, these are perhaps the worse of the lot since they prey on our sympathies. They tug on our heart strings with all sorts of "tales of woe" and the promise that your dollar or quarter or whatever was just the one they needed to make things all better, be it cure some cancer, house a disabled veteran or feed a single woman with children, when in truth they do little or none of this. As an aside, 40% of all donations to charities come during this time of year.

Now while some of these so-called "charities" do extend a hand (albeit a weak one) to the group they're purporting to help, the percentage is criminally small. Meanwhile, their senior officers and solicitors are raking in the big money. Their biggest concerns are how to keep the public from finding out (don't want to kill the golden goose) and where to park the money so that they can avoid paying the most taxes. Maybe it's just me, but I have a serious issue with these types of crooks. I can't stand to see people taken advantage of, especially seniors, children, the mentally and physically handicapped, and "my" veterans. If you brought it on yourself, that's one thing, but these individuals are often the most vulnerable. So, I did a little checking around and compiled my own "Good" and "Naughty" lists.

I've listed the percentage of money which actually reaches their targeted group where possible. So, without further ado, let's start with the "Naughty" list. We'll begin with the list published in May 2018 by SmartAsset, a financial advisement company.

In addition, SmartAssets mentions some others which seem to be popular for our area in the Ohio Valley such as American Association of State Troopers, United States Deputy Sheriffs' Association, The Veteran Fund, the Firefighters Burn Fund, and the Children’s Leukemia Research Association. SmartAssets reports that of the 50 charities they list, $1.35 billion in donations was raised, with $970 million going to folks collecting the money. They also said that the percentage of money which actually reached the individuals in need ranged from zero dollars to a high of just 11% (the average was around 8%).

A Daily KOS report from December 2016 stated that Kids Wish Network spends only 2.5% on its targeted group (which is presumably children). The Children's Wish Foundation International spends 10.6%. The American Breast Cancer Foundation spends a pathetic 2.2% while the Firefighters Charitable Fund returns 7.4% to firefighters. The Cancer Fund of American directed just 1% to cancer patients (I'm pleased to add that the fund is now dissolved). Nevertheless, I should mention a couple of others which appears on their list simply for their audacity.

Woman to Woman Cancer Foundation, which supposedly helps women with various types of cancer, directs only .03% to these women in need. The International Union of Police Associations (AFL-CIO) give a criminally ridiculous 0.5% to law enforcement. Next is the Children's Cancer Recovery Foundation, which raised $38.5 million dollars in 2016 but gave these kids just 0.7% of the money. Lastly is Project Cure. They raised $53.8 million dollars (2016), but 0.0% reached their intended group.

Consumer Reports, a highly respected consumer oriented product ratings and review magazine, published their own list of "questionable" charities in December 2017. Since they break theirs down into eleven categories, I'll list just a few from some random areas.

In addition to publishing their own "low rated" charities as they call them, Consumer Reports also list comparative "high rated" charities in the same category next to them to make it easier to compare. By the way, the majority of these same charities appear on different sites, though with a different ranking.

On the "Good" list, we turn to Charity Navigator, which is a highly reputable evaluator of charities of all types. They rank and score each charity according efficiency, accountability, financial performance, and transparency. Here's who ranked the highest on their list:

Three others, Samaritan's Purse, The Conservation Fund, and the Cystic Fibrosis Foundation each earned a score of 98.23. You can find more highly rated charities on their site, which is linked below.

Charity Watch, another high caliber charity evaluator known for in-depth investigation of charities also publish their list of the best charities. Since they list theirs by individual categories, I pulled a few from various topic. As before, I've included a link to their site so you can check any specific charity you're interested in.

1. PetSmart Charities (A+)
2. Fisher House Foundation (A+)
3. Wounded Warriors Family Support (A)
4. National Council on Aging (A+)
5. Center for Constitutional Rights (A-)

Some other important charities which deserve mentioning are the American Indian College Fund (B+), Guide Dog Foundation for the Blind (A), the National Rifle Association (A+), the Government Accountability Project ---GAP (A), Habitat for Humanity International (B+), Coalition for the Homeless (A-), and the Starlight Children's Foundation (A-).

As a community activist for close to 40 years, I've always felt the need to give back to my community, especially when it came to my fellow disabled veterans. I've always been willing to donate. In fact, I've been lucky enough to have the means to give. The problem has always been to whom? It seems that everyone has their hand out. My biggest concern was ensuring that the money or whatever I donated actually went to those I intended it for. Hucksters, Scammers, and old fashioned "Shysters" do more than just steal from us, they steal from those who need help the most. They are literally taking the coat off of someone's back and food out of the mouth of some senior or child. Hope this article will help you ensure that your hard earned dollars go where you want to too and keeps it out of the hands of the lowlifes.

Best and Worse Charities for Your Donations

25 of America's worst charities, how to find the good ones and where Trump's charity stands