The Return of Roseanne: The Politics of Television

I have to be honest here. I didn't like "Roseanne" when it first aired, and I'm not sure I'm going to like the "Roseanne" reboot. For that matter, I don't like Roseanne Barr as a person either. I still haven't gotten over how badly (and disrespectfully) she botched the singing of our National Anthem (complete with her crotch grab and spitting). In fact, I can't stand that "Witch Hazel" cackle of hers. I expect her to jump up, click her heels, and fly off on her broom. Sorry, but that's just the way it is. 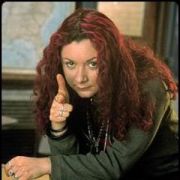 By the same token, I do not like Sara Gilbert, who also occasionally stars on "The Big Bang Theory" as "Dr. Leslie Winkle", the nemesis of Dr. Sheldon Cooper, and is a co-host on "The Talk". It's not her really Far Left views that I don't like (or the fact she has to berate everyone with them, especially if they are conservative or just happen not to agree with her opinion, much like Whoopi Goldberg does on "The View" less the racist overtures). No, what it is about Ms. Gilbert I don't like is that she, like actress Patricia Keeton, seems to always play characters who are angry. It's like they've got a chip on their shoulder or something.

As for (apparently) resurrected husband, "Dan Connor", play John Goodman, I like the character well enough. John Goodman is an excellent actor. I've enjoyed most everything I've seen him in, especially "The Big Lebowski", "Oh Brother, Where Art Thou?" , "Argo", and as the voice of "Sully" in "Monsters, Inc" among others. Of course, I can immediately think of two duds, "The Flintstones" where he played "Fred" and as Congressman Huey P Long in "Kingfish" (in the "Flintstones", it wasn't so much his acting as the movie itself, while in "Kingfish" he was the wrong person to portray the flamboyant Louisiana politician).

As for the rest of the cast, I really don't have much to say about them. Alicia Goranson, who plays "Becky" is a good actress, although her character also seems to have that "anger" attitude too. This time around, she's back to waitressing and wanting to be a surrogate mom (at least, in the show's opening episode). Actress Laurie Metcalf is back as Roseanne's sister, "Jackie Harris", a former cop. Now she's playing a over-the-top Left leaning big-hearted aunt, but with the same "anger" issue. Maybe that's just the tone of the series and the comedy derives from that. Personally, I prefer Metcalf's reoccurring role on "The Big Bang Theory", where she plays Sheldon's ultra conservative religious zealot mom, 'Mary Cooper". Given her extensive acting credits, she just seems more comfortable in that role and gets to embrace her comedy side.

Nevertheless, "Roseanne" is back again, and judging from the season premiere ratings, it's quite a hit (much to the annoyance of many of the liberal leaning network heads and Far Left entertainment types in Hollywood, especially considering that both Barr and her character are strong Trump supporters). The opening show, which aired on March 27th, was the highest rated scripted show of the season, and was the highest rated comedy in over three years. Rather impressive for a TV show which hadn't aired a new show in over 20 years! When real time and delayed viewing were factored in, the show has (thus far) garnered a 21.9 million viewership and a 6.1 rating. Impressive indeed. In fact, network executives have already ordered extra episodes, bring the total for the opening season to 13; a rare honor.

Many have already cited the show's opening success to the fresh, but what some would consider politically incorrect support of not just President Trump, but for the creation of a working class conservative family. Since the 1960's, most TV shows, especially involving working class families, are portrayed as liberal, if not as openly Democrats. This is especially true is the family is a minority. Perhaps this is a reflection of the changing dynamic of American demographics, whereby most non-minority families, regardless of class, are increasingly more likely to be conservative irrespective of their political registration.

I should point out that this holds true to minorities as well. While Hispanics and Asians are more likely not registered to a particular political party, when they are, they, along with blacks, tend to be Democrat regardless of whether they are personally liberal or conservative. With America's aging population, the number of conservatives are likely to increase regardless of political registration. Of course, at the same time, the number of registered Democrats and Republicans are continuing to decline while Independents, already the nation's largest political bloc, continues to grow. Millennials, the nation's largest demographic voting bloc, are nearly evenly divided between democratic-socialist leaning and libertarian leaning.

Still, "Roseanne" seems to hit a nerve (and, apparently a funny bone) with American viewers, which brings me to another TV show which may, at least partially, explain the success of "Roseanne". I, along with millions of other viewers, were a big fan of Tim Allen's "Last Man Standing", which was unceremoniously cancelled allegedly due to production costs. Of course, few if any bought that excuse. I think everyone knew that the real reason for the show's cancellation was that the show was conservative.

Networks underestimated the popularity of the show despite its consistent high ratings. They apparently thought they could pull the show without anyone noticing or caring, and they were very wrong. The show had an outstanding cast which had great chemistry, which showed in every episode. It was well written, produced, and directed. There's one thing network executives understand very well (even liberal or far left ones), and that's profit, which they lost heaps of after word of the show's cancellation got around. 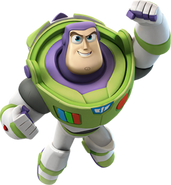 So, now with the success of "Roseanne", there's some serious talk about reviving "Last Man Standing", which I truly hope happens. However, my concern is that perhaps that chemistry which made the show such as huge hit won't be there. This is certainly a possibility if the same cast members are unavailable, as well as the same writers or directors. It takes a lot to put on a television show. Dozens fail to get picked annually, and of those who do get picked up, few go to the popularity of "Last Man Standing". Tim Allen has been among the very few to have had two such hits (the other being "Home Improvement", which was a Reagan Era conservative oriented success), not to mention doing the voice of "Buzz Lightyear" in the "Toy Story" franchise among others. Of course, I'm not in the business of promoting conservative television shows just for the sake of having conservative television shows. I do enjoy TV shows which lean Left or sometimes even far Left (I prefer shows which are simply well written, acted, and directed regardless of or absent any political leaning). Naturally, I'm not naive enough to assume that all shows lack a certain political perspective or undertone. Almost every TV show, movie or for that matter, almost anything artistic, has within it something political; some message, often social and therefore political, which it is trying to convey.

What I dislike the most, however, is having that message waved under my nose non-stop; a lack of tolerance for differing opinions or attempts to belittle others. That bothers me, and it makes me less likely to view it. This intolerant extremism which pervades America now, be it in politics, the media, or entertainment, is creating a divided country; perhaps one whose divisions are so wide and so deep that the nation will be unable to heal itself. Watching movies, TV shows, or even entertainers who openly and freely make fun of one race or sexual orientation is fine. But when the targeted race or orientation returns the favor, they are immediately and viciously called "racist" or accused of promoting hatred. Now, to me, that's wrong.

If we're to be a free and tolerant society, then it has to be a two-way street. If black or Hispanic or Asian comedians want to make fun of whites or each other, everyone is fine with it. However, if a white comedian wants to make fun of a Hispanic or Asian, or someone who is black, you'd better have an attorney on retainer! Same goes if a gay or transgender comedian wants to make fun of straight or even bisexual individuals, nobody cares, which is as it should be. But if the reverse happens, then prepare for a Katrina-like blowback, and that's wrong. The same goes for awards shows which are race centric, which is great. No problem as far as I'm concerned, yet it's restricted. Not everyone gets to have their own race oriented award shows, magazines, or radio shows, or television stations. Why is that? If we're going to be fair and equal, it should apply to everyone or to no one.

"Roseanne" may prove to be a bellwether show; harking a return to shows which appeal to the majority, or at least a large minority, of Americans. If so, I hope it expands. I look forward to seeing more conservative oriented shows, provided they are first and foremost well written and well acted. However, if "Roseanne" turns out to be a one-off show, then I, along with millions of others, will be very disappointed, and that could have some serious financial repercussions.