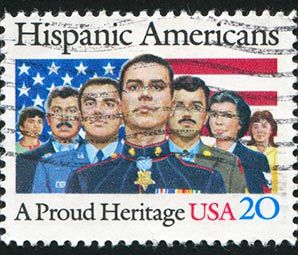 Did you know this is National Hispanic Heritage Month? Well, it is. Each year, from September 15 through October 15, is set aside to acknowledge the contributions of Hispanics, ranging from the arts and culture to social activists and professionals. National Hispanic Heritage Month is an outgrowth of President Johnson's proclamation in 1968 of Hispanic Heritage Week. It was enlarged by President Ronald Reagan in 1988. In addition, according to the official National Heritage Month website, the start of the month, September 15, is an important date in Hispanic history. It marks the independence day of five Latin America countries, El Salvador, Honduras, Costa Rica, Guatemala, and Nicaragua. Also, Mexico and Chile celebrate their respective independence days on September 16.

According to a 2016 Pew Research Report, here are approximately 57 million Hispanics in the U.S. as of 2015 (that figure may not included those who are here illegally since those individuals don't always respond to US Census inquiries). That's 18% of the total U.S. population. From 2000 to 2014, Hispanics accounted for 54% of the U.S. population growth, with Mexicans making up 2/3 of the total Hispanic population. Of that 54%, Southern states received the lion's share with 46% growth in population. This was followed by 24% in Western states, 18% in the Midwest, and 12% in the Northeast portion of the U.S. California has the single largest population of Hispanics (around 15 million) while Texas (which has near 12 million) has seen the fastest growth rate. Never the less, Hispanics immigration, once the largest demographic group, has now been over taken by Asians.

Hispanics are also the youngest cadre among immigrants with an average age of 28. Among just Hispanic Millennials, that number drops to 19 years of age. The Pew report went on to say that in any given year, some 800,000 Hispanics turn 18. Not surprisingly, 55% of all Hispanics are Catholic. However, what was surprising was that the number of Hispanics who at least know some English is increasing; 68% from ages 5 and up speak English. Perhaps as a result of more Hispanics learning English and greater integration, especially among U.S. born Hispanics, there are fewer high school dropouts. As of 2016, only 10% of Hispanics dropped out high school (in 1996, that rate was 16%). Furthermore, college enrollment among Hispanics is also seeing an increase with some 47% are enrolling. This is an increase of 15% over 1999 levels. 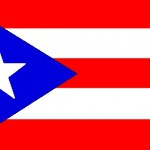 In terms of voting, some 27 million Hispanics were eligible to vote in 2016 with Millennials making up the largest percentage of that number with 44%. Historically, Hispanics have strongly favored the Democratic Party (with the exception of Cubans, who've traditionally supported Republicans). Despite this, 57% of all Hispanics polled before the 2016 election felt that the nation was headed in the wrong direction. Out of that, 63% of those born in the U.S. felt that we were headed in the wrong direction. Interestingly, 63% of U.S. born Millennial Hispanics said that they were voting for Hillary Clinton as a anti-Trump vote rather than one in favor of Hillary. However, among non-Millennials (those over 35), 65% said they were voting for Hillary and not against Trump. Based on election results, 66% of Hispanics voted for Hillary Clinton. Ironically, this contrasts with Barack Obama who received 67 which compares to Obama's 77% Latino turn for his second term (by contrast, Trump received just 28% of the Latino vote compared to 31% for McCain in 2008 and 27% for Romney in 2012). What are the key political issues affecting Hispanics? Surprisingly, it's not immigration. The chief concerns of most Hispanic voters are education (55%), employment (52%) and healthcare (43%) and Immigration (32%).

In a recently poll by Pew, dated September 28, 2017, Hispanic unemployment has also on the downswing at 4.7% (the national unemployment rate is 4.2%, although that number doesn't include those working temp or seasonal jobs, part time jobs, underemployed or those who have simply stopped looking). Still, those are good numbers for Hispanics in general. Hispanics born in the U.S. and speak English have led this curve. Currently, 17% of the workforce is comprised of those who identify as Hispanic; up from 13.5% in 2006. Not unexpectedly, those born in the U.S. have done the best in terms of finding employment. Again this appears to be a result of their ability to speak English and integration into U.S. society. Another positive sign is that Hispanic women, especially those who are U.S. born, have done well and even outpaced Hispanic males in terms of employment. The poverty rate among Hispanics has also shown a drop with a new low of 19.4%. The flip side to that figure is that Hispanics have a higher percentage of severe poverty when compared to other populations. 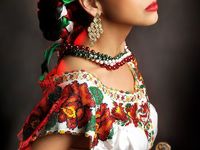 So, overall it appears that things are looking up Hispanics, especially among native born and those who are Millennials and/or female. Nevertheless, we need to at least mention the "elephant in the room", and that is illegal immigration. While Hispanics, and Mexicans in particular, make up the largest share of illegals immigrants, other ethnic and racial groups are mixed in with those numbers. At present there are approximately 11 million individuals here illegally. Some are here on expired visas, be it for work or school, the majority are simply here because they made a conscious decision that they didn't want to go through the immigration process.

Some will tell you that they are simply interested in finding work and not in becoming a naturalized citizen. In fact, most who find employment send a percentage of their earnings back home to aid family members. For many of them, it's often dirty backbreaking jobs in agriculture as field hands or working in processing plants. As few may find employment in at race tracks as hot walkers, muckers, or groomers. Maybe some will find work on cattle ranches or dealing with other livestock (including slaughter houses). Others end up in construction as painters or roofers, while others windup in the food industry, while women, who may also work in these fields, also end up in sweatshops doing piece work. Of course, a percentage will fall in with drug cartels and criminal gangs, in which case their life expectancy is often short. Regardless of which area they find work, their pay is usually very little; working conditions are terrible (and since it's illegal, is not covered by the EEOC or OSHEA), while personal housing is often in dilapidated houses, sheds or garages with no running water or electricity, and they are always looking over their shoulder. A steep price for trying to jump the line. In terms of costs to the American taxpayer, some estimates put illegal immigration as low as 3.5 million (per a May 2013 Heritage Foundation report) while others put that number as high as 12.5 (based on a September 2017 Federation for Immigration Reform or FAIR report) plus 4.2 million children of illegal immigrants. The difficulty is lack of adequate documentation and that most illegal immigrants try very hard to stay below the radar; avoiding surveys, Census workers, and so forth. However, it appears that the higher numbers are most accurate based on reported factors such as education, hospital and emergency room reports, and crime reports. While the costs obviously vary from city to city and state to state, when both federal and cumulative state numbers are added together, the cost to taxpayers is in the neighborhood of $135 billion dollars. This includes a number of factors, such as healthcare, hiring Spanish speaking tutors, welfare payments, various local, state, federal subsidies, and so forth. Of course, there is the cost of incarceration and deportation.

FAIR breaks this figure down to $8,075.00 per illegal alien family. Nevertheless, that's not to imply that all illegal immigrants don't pay taxes in some form or another. Many do, either through purchases or use of stolen social security numbers. One estimate, based on research done by FAIR, estimates that illegal residents paid in $18,968,857,700 dollars. However, when offset by what legal residents (i.e. taxpayers) pay in, the total net costs of illegal immigration to you and me is $116 billion dollars. I've included a link to FAIR's website and specifically their page The Fiscal Burden of Illegal Immigration on U.S. Taxpayers (https://fairus.org/. I've also included a link down below to the Heritage Foundation report for those who would like to compare reports. To wrap this up, Hispanics appear to be integrating into the American melting pot, albeit somewhat slowly, especially by older adults and recent arrivals. Those born in the United States are the best integrated as one would expect. Hopefully their experiences will aide older members of this demographic group adopt to a full and rewarding life in America by teaching them the customs, traditions, values, and especially an at least conversational English. It used to be a matter of personal pride of earlier immigrants to America to be able to speak our common language. In fact, the majority of immigrants almost immediately identified as "Americans" so complete was the separation of their ties to their former country. Hopefully, this trend towards integration will continue.


Key facts about how the U.S. Hispanic population is changing


Hillary wins Latino vote but fell below 2012 support for Obama


The Fiscal Costs of Unlawful Immigrants and Amnesty to the U.S. Taxpayer