The Islamization of Europe: Opening Salvos or Foregone Conclusion? Can there be any doubt that Europe is under siege? Right now, Europe is facing the largest invasion in recorded history. Not even during the Roman invasions, which included France, Spain, Portugal, and England, and Germany along the Rhine, or the Viking incursions of the 7th through 12th century, the Norman conquest of modern day England, Scotland, Wales, and Ireland beginning in 1066. Not the 100 years ,30 years or 7 years wars. The Asiatic invasions of the Huns led by Attila, the Alans, Goths, Visigoths or even the Mongols of the "Golden Hoard" were this pervasive. Neither were the ancient Persian invasions under the command of Darius I or his son, Xerxes I in the late 6th and 5th centuries respectively. Perhaps the closest modern equivalent Europe has come to matching an invasion of this scale was the by the Ottomans and Arab armies which conquered in the West all of Portugal and Spain and pushed into France and in the East to walls of Vienna...literally in 1683 (and in the processing, destroying the last vestiges of the Roman Empire, namely the Byzantine Empire in 1453). In fact, they held on to the Balkans for centuries before finally being ousted by the Greeks in 1829. But what is this cataclysmic "invasion" I speak of? Allow me to explain. Europe's invasion has been going on in drips for a few decades now; every since the EU approved an "open border" for anyone wanting to immigrant to Europe, especially from former colonies. Currently most of Europe operates under a specific open borders agreement called the "Schengan Agreement" which allows free movement and trade between member states (except during times of emergency which border checks are reintroduced). Part of the agreement's intent was to create not just a continental labor market, but to expend this into a global labor market under the optimist title "PeopleFlow". However, since about 2010, the influx of migrants have put a tremendous strain on all the member states, especially given that the majority of the migrants are actually either under skilled or unskilled (not surprisingly many lie on their applications). In additional, there have been millions who claim to be asylum seekers from war torn areas in Iraq, Afghanistan, Syria, and other countries. However, in reality, many of these individuals are from areas not affected by regional conflicts, and are coming from other countries. Furthermore, many are active members of various terrorists group either seeking to recruit from the hoards of migrants or entering Europe for the purpose of setting up terrorist cells as recent attacks in France, Germany, and England have borne out. Nevertheless, despite calls for tighter controls, the genie is out of the bottle. Europe has much to more to fear than terrorists. With dramatic increase of Muslims through Europe, Scandinavia, and England, combined with the lowering birth rates in these countries, has now placed Europe on what may be called a "population replacement". The average number of children being born in Europe among native populations is approximately 1.3 to 1.5. (a rate of 2 is considered a equilibrium replacement since only both parents are being replaced by an equal number of children). However, among the migrants from Africa, which are much poorer and less educated and those from the Middle East, who are better skilled and slightly more educated, the birth rate is around 5 to 6 per couple. Obviously, you don't have to be a math whiz to see the problem. To make matters worse both populations are overwhelmingly Muslim. Combine this dramatic increase among new arrivals is their "demand" that they be exempt of national laws and/or only Islamic Sharia law be applied, and not just to Muslims, but to everyone. In some areas, there are "no go zones" for police as well as tourist! Even the news media has been assaulted trying to cover incidents in these areas. There are roving "religious police" patrolling areas and handing out citations to anyone who is in violation of Sharia law. Meanwhile, national laws are ignored. Then too we have to add in the co-mingling of men and women (and boys and girls) which is in strict violation of Sharia law, as is homosexuality, clothing---especially for females---that doesn't cover their entire bodies. According to some of the younger Muslim immigrants, this is an open invitation to attack and rape any female who is dressed "provocatively" . Many have said they have a "right" to beat or even murder these individuals (including small children) in accordance to their religious laws. Going further, many Muslims show absolutely no regard no just to national laws, but to private property. During one Islamic festival in Paris, a parade turned into a riot and over 1000 vehicles were torched. So, what can be done? Well, there's one group, Patriotic Europeans Against the Islamization of Europe, or "Pegida" according to its German acronym. They have spread news of attacks, rapes, looting by these migrants, and well as hold marches and rallies or counter rallies. However, it seems that everyone from the leadership of Pegida to Chancellor Angela Merkel on down are scared that someone is going to accuse these protests as "Nazi" or "fascist" (while 47% of German's on the political Right oppose or have a negative impression of the Muslims migrants, only 17% on the Left do. Hungary has the highest disapproval rate at 72%, followed by Italy at 69% and Poland at 66%). Personally, I don't quite understand the fear. Perhaps the Germans are most sensitive to being accused of "racism" or "hate" speeches and so forth because of Hitler and the Nazis. Nevertheless, the war has been over close to 80 years now. Just about everyone involved are dead; certainly the key leadership.

Secondly, the Nazis were about finding scapegoats, namely the Jews and gypsies. But that's not the case here. These Islamic extremists actually are attempting to usurp Germany's traditions, values, laws, and even its history; the exactly what Hitler's party did. If anything, the migrants are taking up the role of the Nazis. In fact, Hitler's "Mein Kampf" is the second bestselling book behind the Koran in Islamic countries. Furthermore, several Islamic groups and even countries honor Hitler as a national hero. Therefore, by default in failing to defend Germany and the rest of Europe, Germans are indirectly supporting the core creed of Nazism. Ironic isn't it? This same effort is being applied elsewhere in Europe too, not just in Germany. Meanwhile, Great Britain has created its own nationalist party, the National Front while Greece has the Golden Dawn. Other countries have formed political parties too along with groups to oppose these Islamic religious police. One of the most famous, which operates in Germany and Scandinavia, is the "Sons of Odin". They claim their role is keep an eye on Sharia patrols and prevent any harassment of individuals (especially gang rapes) as well as breakup any attempted attacks on businesses (especially night clubs, taverns, or restaurants). While the number of individuals who comprise the "Sons of Odin" are relatively small. Some estimates put the number at just under 1000 or so. This presents a potential problem down the road. As stated previously, ISIS/ISIL/DASH and other Islamic terrorists groups appear to be embedded with these migrants coming ashore in Europe, either for the purpose of recruiting fighters to return to the Middle East, or to set up terrorist cells within European cities as we've seen recently in Paris and London. However, here's another statistic of some interest. Approximately 27,000 fighters have traveled to Iraq and Syria to train and fight on behalf of these terrorist organizations since 2011, an estimated 10,000 have come from Europe. While traditionally Muslim countries like Tunisia, Saudi Arabia, Jordan, Egypt, Morocco, are to be expected, Russia, France, and Germany are not, yet they make up the top ten countries which sends fighters; 2400, 1700, and 760 respectively. By comparison the top Islamic country, Tunisia, has provided 6500 volunteers while Jordan has sent 2250. Turkey, a NATO ally with ties to the EU, has seen 2100 go off to fight. The point here is that many of these individual will find their way back to Europe. What do you think they are going to do with their skills, especially as the groundwork is being prepared by ISIS or Al Qaeda recruiters and instructors? Now, here is a final group of numbers I want to bring to your attention which I find to be very telling. As most of you know, I am a Navy vet and a life member of the Disabled American Veterans. I strongly believe in and support our military. Without it, this country...and others...wouldn't exist. Now, while Europe is currently undergoing a non-military siege, one that is every bit as cunning and nefarious as a military invasion, to destroy Europe and with it, much of Western Civilization which includes all the freedoms we hold dear--- speech, expression, a civil government, individualism and so forth. This invasion brings with it suppression of these freedoms. No free speech or open dialogue, no question of authority---especially as it concerns religion... and everything revolves religion. 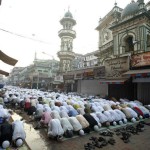 So who is the lowest percentage who would fight to protect their country? Japan with just 11%. Just over 75 years ago, they were one of the mightiest nations in the world. Thus, the average for the 64 nations surveyed was 61%. The numbers were highest for emerging nations was 83%. The lowest was Western Europe---the very nations being overrun for migrants from the same second and third world nations----with an average of 25%. Interestingly, among just Muslim nations, the average percentage willing to fight for their country was 75%; again part of the same countries who are non-militarily invading Europe. Coincidence? By the way, in case you were wondering, 44% of Americans said they would fight a war to protect America. That put us between Serbia and Argentina (which, as you may know, is in the middle of a economic and social meltdown). 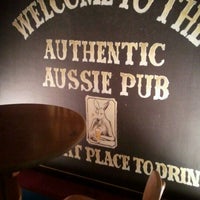 Interesting isn't it? Out of curiosity I checked on a few other countries. China got 71%, India received 75%, while 34% of Israelis would stay home. 56% of Mexicans would fight. Hey, I've got an idea, let's hire the Chinese. They work cheap. They're willing to fight and they're good at building walls! As for our neighbors to the north, Canada, 70% would stay home (or go to a hockey game) while just 29% of Australians would show up to throw down. Guess the rest will be at a "barbie" on the beach. Heck, maybe I'll join them.


Open Borders: A future for Europe, migrants, and the world economy


5 facts about the Muslim population in Europe