It's often been said that only the good die young. If the death of Cuba's Fidel Castro is any example, then there may be some truth to the old adage. The revolutionary, former dictator, and general pain in the side to America's prestige died on Friday night, November 25, at the ripe old age of 90. During his life time, this illegitimate son of a wealth sugar plantation owner descended from Spanish nobility by the name of Angel Castro, who ironically supplied sugar cane to United Fruit Company, a future target of Fidel's and dirt poor cook with little education, Lina Ruz. Fidel rose from a petty criminal to student radical in college, to a lawyer representing the poor to the revolutionary who overthrew US backed and mafia financed dictator Fulgencio Batista, who had ousted another US backed strongman, Carlos Prio Socarris in March of 1952 in a military coup (it should be noted that Batista, even with US and Mafia support, was originally elected President as a democratic socialist and with strong international union backing).

Over the next 40 years, he survived a badly botched US backed invasion, ground zero for a US/USSR nuclear standoff, and at least 600 failed assassination attempts by the CIA, US Army, Cuban paramilitary groups comprised of exiles and anti-Castro Cubans. Oh, and there was the Mafia too. He outlasted eleven US presidents, the USSR and Eastern Europe's "Iron Curtain" as well as Mao's Revolution, the Vietnam War, and countless small conflicts throughout South America and Africa which toppled dozens of petty dictators and warlords of which he was involve; some he lost, but he won quite a few too. He also took a country with among the highest mortality rates, lowest levels of education, and abysmal poverty not just in the Western Hemisphere, but in the world. Statistics show that in 1958, during Batista's Presidency, Cuba had officially the eighth highest industrial wage in the world, and officially paid among the highest agricultural wages anywhere, and yet the unemployment rate rarely dropped below 15% and 20%; the average Cuban family's income was only $6.00 per week and only 1/3 of the homes had running water. Corporations loved Batista's hands-off policy toward how they ran their businesses and near absolute dominance over all aspects of the sugar cane business, provided his kickbacks kept coming regularly. Another sign of the Batista's corruption was a solid gold telephone presented to him by the American multination telecommunications company, IT&T, which had exclusivity over Cuba's communications, a solid gold telephone, however IT&T was known by the average Cuban for their excessive telephone rates. So much for trickledown economics. Of course, Batista was a favorite among the Mafia types for not just his "open door" policy toward gambling, prostitution, and liquor, but his active encouragement for rich tourists to come and spend their money in Havana; no questions asked as long as palms were greased. 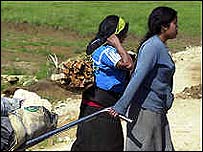 While Castro was Cuba's Prime Minister, healthcare and education a priority. The tiny country has a 100% literacy rate and the best, though technologically primitive due to the US imposed blockade. Infant mortality is 11% and AIDs is less than 1%. Clean water and sanitation is ranked at 93.8% and 93.7% respectively. in terms of life expectancy, according to a 2014 World Bank report, 35 nations had life expectancies over 80 years of age. Cuba, however, came in 38th place with an average life expectancy of 79.83 years. Think that's bad? The US came in 43% place with an average life expectancy of 78.94. Castro routinely sent thousands of teachers, doctors, and medical personnel everywhere in the world they were needed. However, there is always the darker side of Castro's Cuba.

As Prime Minister, Castro has sent troops throughout the world in order to help overthrow "legitimate" governments according to the West and illegal ones according to the Communist East. In fact, Cuba had one of the largest standing armies in the region, including that of Brazil, with 145,000 active duty soldiers and 110,000 in the reserves along with over one million men and women in the Territorial Troops Militias. Overseas, Cuba had a high of 57,000 soldiers in Angola, 6000 in Ethiopia, and several thousand scattered among Syria, Uganda, Laos, South Yemen, Sierra Leone and other, mostly third world, countries. Some of these military personnel were classified as "advisers" and "instructors" in the same fashion as the USSR, the US or their ideological allies had in places like Iran, Iraq, Argentina, Paraguay, Mexico, the Koreas, Egypt, Libya, Algeria, and of course, Vietnam. Of course, some were clearly there as combat support. It seems that during the Cold War no one's hands were entirely clean. Many did well under Castro, especially in the early years of the revolution. Specifically, farm and factory workers saw improvements in their standard of life in terms of housing, food, work conditions, and, as mentioned previously, healthcare and education, but as with most revolutions, some did much worse off including large landowners, corporate owned businesses, as well as middle class and upper middle class employees, managers and small business owners, but it wasn't all economics. Catholic priests, Protestant ministers, Jews, gays, as well as anti-Castro "dissidents" were routinely gathered up, imprisoned, and following a Kangaroo Court (if they were even that lucky), were simply shot out of hand. There was no freedom of speech or association. No dissent of any kind was tolerated. So much for a "people's revolution". Meanwhile, thousands of Cubans have fled their homeland since 1959, with just over 1,172,000 living in the US (as an aside, Louisville Kentucky has the third largest Cuban population behind Miami and New York City with approximately 6,600 individuals of Cuban origin living in Metro Louisville. Who knew?).

It can certainly be argued that Castro did a lot of good for the Cuban People, and for poor countries across the globe. But he caused much harm too. The US imposed embargo, resulting from the poor American/Cuban relations as a result of US threats of invasion, as well as the invasion itself at the Bay of Pigs in April of 1961, and Cuban Missile Crisis in October 1962, left Cuba economically crippled. In fact, on a "Meet the Press" show (April 19, 1959), Castro stated that Cuba was "committed to the West in any struggle between Democracy and Communism". As a result, however of tensions, the ideologically ambiguous Castro found himself forced into the orbit of the USSR for its survival (Castro always denied that he was a Communist, did admit that he was attracted to certain aspects of socialism. He had also been to America a number of times and often commented about how much he enjoyed the American People. Castro was also a fan of baseball and a one point, almost became a professional baseball player for the New York Yankees (he failed the tryout). Nevertheless, as a result of events, Castro formally declared that he was now a Communist, but would not follow the USSR or Chinese lines. Instead, he would develop his own. Looking back though, who could blame him? When he stepped down in 2008, Cuba had improved economically from its 1959 levels but Cuba remained poor and largely isolated, but not without its important friends like Russia, China, South Africa and Venezuela (at the time of the collapse of the USSR, Cuba's chief economic partner, it was approximately US$20 - $30 billion dollars in debt to Moscow).

Kennedy, Johnson, Che, Khrushchev, Mao, Ho Chi Minh, Brezhnev, and Brandt are gone. Now, Fidel Castro is gone too, and with him the last living vestiges of the Cold War. Sure, his brother Raul is still leader of Cuba, but he's 89 and knows he has little time on this earth left. There's no one else remaining from the revolution left with energy to maintain the status quo. Raul knows this, and that's what little by little Cuba is changing; evolving. They will retain their fondness and fear of Fidel. His fingerprints are all over Cuba, and will be for generations to come, though they too will fade with time. Meanwhile, it's time for the Cuban People to look beyond their borders and enclaves in exile to a new Cuba. But, here's a little word of advice Cuba. You have a lot of catching up to do. Not everything that you will see will necessarily be in your best interests. All that glitters isn't gold. Remember that, at least in the beginning, the central ideal of the revolution was about you, the People of Cuba, and creating with a more just and fair Cuba, but power corrupts, no matter how noble the goal.