There are just some things I can't abide by. Topping the list is thieves and liars, so you can imagine my dismay when I read that that the California National Guard was sending notices out to approximately ten thousand former service men and women of the California National Guard and instructing them to return their re-enlistment bonuses...ten years after the fact! According to a spokesperson, the bonuses were paid out by "mistake". The Guard claimed that they were in need desperate need of certain military specialties, especially with experience due to not just low recruiting and training times but also due to high turnovers (and burnouts). As a result, they were authorized to offer reenlistment bonuses ranging from $10,000 to $25,000 for a four year reenlistment (these soldiers were, at the time, still on active duty and most were still stationed overseas, and in particular, in Afghanistan and Iraq). However, due to a clerical error (which may or may not have been intentional since the individual who actually made the error was tried, found guilty, and sentenced to 30 months in prison). Nevertheless, the reenlistment bonus was offered to all specialties rather than those with specific shortages. Now, ten years later, the Army has identified those individuals who took the offer and reenlisted and is demanding the money back. Speaking not just as a Navy veteran, but a disabled veteran, that just ticks me off.

First off, this was an administrative mistake. The soldiers in question were unaware of the error or the Army's critical need for only certain specialties. Secondly, the California National Guard was authorized by the Pentagon to made the offer in good faith, which the soldiers had the option to accept or decline based on their own personal circumstances. Thirdly, the soldiers who accepted the Army's offer upheld their end of this contractual agreement. In fact, more than a few upheld their end of the deal. They lost limbs, suffered head, neurological or psychological injuries (some of which may well be permanent) while others died as a result of the acceptance of the offer. Now, the Guard and Pentagon wants to say to these men and women (or their families) "Our bad. Sorry about that. Please return the money or we'll garnish your wages"? Seriously? What about the four years they gave---do they get that back? What about the trauma or injuries? Do those go away when they return the money? What about those who died? Do they get their loved ones back? My purely personal advise to these individuals and/or their families is to tell the Guard and Pentagon "Hell no. Kiss off" and get the nastiest meanest attorney they can find.

Listen, I've had my own personal experience dealing with the military and they can be real pricks. They will threaten you (verbally and in my case, physically), they will try to intimidate you, they will play the part of your best pal and tell you whatever they think you want to hear just to get the money. They are not to be believed and certainly not to be trusted. When I was in the Navy, I had been repeatedly injured. As a result I was to be medically discharged. I had a Lt. Commander (and medical doctor) demand that I "voluntarily" sign a statement releasing the Navy from any responsibility for my injuries, otherwise I would "pay the consequences", and they indeed tried...very hard and repeatedly. I was threatened, bullied, and even roughed up a bit by a "discharge adviser" (a very large Marine sergeant), followed by more medical reviews. I still refused. Finally, I was sent for a medical review board, which was seriously more like the Inquisition. All that missing was the Grand Inquisitor, Torquemada!

I was flown from my duty station (which was near a major Naval hospital in Oakland) to the Naval base in San Diego California where I was put up overnight. The next morning I reported to "my" Navy appointed attorney---a young female JAG officer. How she managed to pick me out of a crowd of around 100 sitting in a waiting room I still don't know. When we went back to office, another JAG officer---a young male jock type---joined us. Turned out he was representing the other side in my case! After propping up his feet on her desk and discussing lunch and their weekend plans, they discussed my case and how it would be handled as if I wasn't even there. Seriously. Near the end of their discussion, the jock commented on the motorcycle I rode up on. I politely informed him that I didn't ride bikes. His response was less than civil and he started accusing me of "lying to a superior officer". My response was professional, but he understood my original answer in no uncertain terms. I later learned that this was part of the "befriending" and intimidation process.

After he left, I was informed that I would appear before group of senior officers---Navy and Marine--- some medical and some not in the morning; oh, and I could "expect to be called everything but short". I was also informed that I was so say nothing---absolutely nothing---and she would handle everything as "my" attorney. Boloney. The hearing process was more like a kangaroo trial. I was seated in end of a long rectangular table. There was a stenographer to my immediate right with a tape recorder in front of me. "My" attorney was to my left. At the other end of the table sat three Marine senior officers and four senior Navy medical officers and the motorcycle loving attorney from the day before with a tape recorder in front of them. 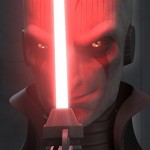 The interrogation and berating lasted for about two hours with "my" attorney occasionally answering technical questions such as dates or names. At the end I was asked if I had anything to say for myself (as if I had purposely arranged to injure myself repeatedly). "My" attorney smiled and said "no" and that "I would abide by their decision" and I would "place myself in their hands"---like hell I would. I then let these "gentlemen" know what I thought of their proceedings and lack of professionalism, and then I responded point by point (I had been taking notes plus I had done my own research before flying down), in more of a professional manner than they addressed me I assure you. Needless to say, there was some stunned individuals in that room. While I awaited their decision, I had learned that my treatment was typical of those who went before medical boards. So, I spent the next seven or so months helping every individual I could---Navy and Marine---learn about and fight these medical boards. I was prepared. Most aren't. They served with honor and courage. Now they're injured at no fault of their own. They are expecting the military to take care of them, not treat them like a liability on a ledger sheet---a cost to be written off. After I received their decision, I personally filed an appeal which took another six months. Meanwhile I continued to fight on behalf of fellow sailors and Marines until I was medically discharged.

My point in telling you this rather personal information is simply this. While the military can and is usually a good deal for the vast majority of young men and women, there are instances when they will eat their own. My case is an example of where they tried and something got caught in their throat (probably my middle finger). The Guard's demand that these reenlistment bonuses be returned "or else" is another such example. These men and women signed a legal and binding contract with the Guard, who countersigned the same legal and binding contract. These men and women upheld their end of the bargain; some paying the ultimate price. Brigadier General Michael S. Tucker had previously said, back in 2007 when the mistake was first becoming public, that wounded veterans would not be required to return the bonuses, yet it seems that demand letters for repayment are going out to all who signed regardless. This is wrong on so many levels folks. The Guard and the Pentagon needs to deal with their mistake internally to make sure it doesn't happen again, but leave this brave individuals and their families the hell alone. They did what was asked of them and more. That can and should be all that's ever asked of them.


UPDATE: Secretary of Defence Ash Carter has ordered the Pentagon to cease further efforts to collect the reenlistment bonuses effective October 26, 2016 (Pentagon Suspends Efforts To Collect Reenlistment Bonuses From Soldiers). In a rare case of the "doing the right thing" thanks in large part to public pressure, there will be no further attempt by the Pentagon to pressure veterans who signed the reenlistment contract to return up to $25,000 in reenlistment bonuses and money used to pay school loans. As for the few who returned the money, there has been no word yet as to whether the Pentagon will return the money or if the veteran and/or their family are out of luck.