It's Official: Donald Trump And Hillary Clinton Are The Nominees for President

So, it's official. Our choices for US president are Donald J Trump, representing the Republican Party or Hillary Clinton for the Democrats. On the GOP side, most of the former contenders chose to boycott the convention after discussion of some backroom details to manipulate various bylaws came to nothing, with the exception of Ted Cruz who delivered a non-endorsement speech at the convention after having previously indicated that he would endorse Trump as the Republican nominee. He later give a rant against "the Donald" (some would call it a "baby fit") that is destined to become a newsreel classic and encouraged everyone to "vote their conscience". I guess Cruz failed to note the irony in his statement since Republican voters did just that and that's why he isn't their presidential nominee. 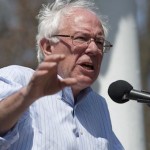 On the Democrat side, Hillary's "coronation" was a foregone conclusion to everyone, including the media, except Bernie Sander's supporters. They put up quite a ruckus with jeers and booing, and getting quite rowdy on the convention floor and out n the halls although the media showed very little of it and seemed to be trying very hard to downplay their disenchantment. Even Fox News, which has shown itself not to be as "fair and balanced" as it self-promotes focused on Hillary supporters and had little to say about the Sanders protestors. I guess if they didn't cover it, it didn't happen right? Eventually, the pro-Sanders forces were moved outside and allowed to chant and wave signs to their socialistic heart's content. God love 'em. However, the media also failed to report on the arrests at the convention. Why was that? Because officially, there were no "arrests" since the police roundups were deemed "detentions" for questioning, and thus, there were no bookings. All this amidst the mass release of incriminating emails by WikiLeaks showing a coordinated collusion to "fix" the nomination process between Hillary Clinton's camp and DNC Chairwoman, Debbie Wasserman-Schultz, which comes on the heels of Hillary admonishment by the Director of the FBI, James Comey, of gross mishandling of government emails (some of them classified), the use of unsecured cell phones and servers. What is it with Democrats and emails I wonder?

Anyway, given the number and severity of the charges (110 I believe it was), Hillary should have been fitted for a nice orange and black jumpsuit instead of addressing the Democrat National Convention in a pantsuit. But as author F. Scotts Fitzgerald once said to his friend and drinking buddy, Ernest Hemingway, "the rich are different from you and I". I just prefer to think that some are simply exempt from the law, and it ain't us. As a result, Wasserman was first removed as the opening speaker and then was forced to resign as head of the Democratic Party. She was even booed offstage at her own pre-convention breakfast (tough crowd). But not to fear! As soon as her resignation was announced, Hillary came to the rescue and hired her to work for her campaign going forward. I guess the old adage about keeping your friends close and your accomplices closer still applies (Richard Nixon should have considered this, but then as someone once remarked following the Watergate hearings, when asked what lessons were learned, they answered "don't hired amateurs"). 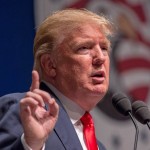 All I can say at this point is that based on Donald Trump's pre and post nomination rhetoric, he can be counted on to do the one thing he is best at, being "the Donald". His comments are often off the cuff and totally unscripted, although I'm not entirely convinced that the reactions to his remarks aren't anticipated. I think his statements are intended to get reactions; the more outrageous the better because it excites his supporters and keeps his opponents off guard. They don't know if he's serious or if so, just how serious. If you think about it, this is a great tool for someone who makes his living by negotiating with other high rollers in the "take no prisoners" world of high dollar real estate deals. I think it could play well when cutting deals with other world leaders...or perhaps Congress. 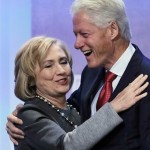 As for Hillary, we've got to see her through Bill's two terms as president. We got to see her interacting with the media and world leaders as the First Lady, as the principal player in a national healthcare initiative, with promoting programs for childcare, early education, and as a woman who has been humiliated on a global scale by her husband, the President of the United States, in an affair with an intern (one of many as we later learned). We saw her bounced back; reinvent herself and run for US Senator, and then for president. Though she lost, she managed to cut a deal for Secretary of State. No small feat. However, it was here that she seems to have repeatedly stumbled, and it seems each failure was more serious than the previous one.

Perhaps that can be excused, but what could not be excused was her cold and calculated responses before Congress regarding her blatant disregard for an American ambassador that she didn't like according to some reports or for former servicemen working in conjunction with the Embassy and CIA; neither their repeated requests for additional security personnel, for permission to prepare to evacuate due to changing conditions and increasing signs of danger, repeated requests for military assistance while were under attack and the valiant but vain efforts of former Navy Seals trying to hold off overwhelming forces (and the subsequent dismissals of senior military officers on station who were willing and able to rescue them but were repeatedly denied permission). Then there was the attempts at a cover-up (remember the bogus claim about some insignificant movie being the cause issued by her assistant?), improper and possibility illegal destruction of emails, and a serious case of amnesia when questioned by the FBI.

Then came more revelations regarding her repeated earlier refusals to use secured government issued cell phones, or allow to her personal cell phone to be at least routed through secured servers, and then there's there the issue of her total disregard in the disposal of government emails, especially of classified messages (later Russia and China offered to provide investigators with copies of the missing emails since they were able to tap into her unsecured cell phone and copy them). These are serious breaches of national security. Senior military officers, intelligence operatives and professional diplomatic staff have been severely disciplined and even fired for far lesser security violations, yet, despite being severely chastised by FBI Director Comey, nothing happened. I have to set back and ask myself, which one would I trust in the Oval Office? I'm not talking about running day to day affairs. We've had complete idiots and inexperienced individuals in there and not much happened (I'm talking specifically about George W. Bush and Barak Obama, but there were others). They have professionals around them who can keep things going plus Congress. What I'm talking about is who do I trust to talk with our enemies, our friends, and most importantly, who do I trust in the event of a national emergency and with the "football", which is the briefcase that holds the launch authorization codes for America's nukes. Trump is a born negotiator. It's his strong suit. To be successful, and he's been amazingly successful, he has to be able to correctly read people, their motivations, and know just how far he can go. Sound judgment is essential. It can make the difference between making or losing billions of dollars, and it means the difference between hundreds or thousands of individuals having a job or not. When I try to visualize Hillary, I don't see that skill. I see indifference. I see her raw arrogance versus Trump's practiced abrasiveness. I see someone making demands without thinking things through. I see temper tantrums and someone who has a complete lack of respect for the military, intelligence agencies, or even the State Department she once headed up, Congress, and yes, for the Constitution and Bill of Rights. I also see someone willing to cut corners for expediency (even going back to when she worked for the Watergate Committee, she was fired for lying. The reason most often cited is for expediency; making the evidence fit her definition of the facts). For some reason, when I think of a "President Hillary Clinton", the image which keeps coming to mind is Peter Sellers in " Doctor Strangelove". I can't help it, I do. Trump on the other hand, seems something of a cross between and Andrew Jackson and Harry Truman with a bit of Teddy Roosevelt thrown in. Let's also remember that Trump, while lacking the political experience of Hillary, was born to be a CEO...literally. He knows how to lead and how to do it successfully. But, never fear friends. neither Donald Trump or Hillary Clinton aren't our only choices. There are two other candidates that I think merit a close examination. The first is Gary Johnson of the Libertarian Party and the other is the Green Party's Jill Stein. Both seem levels above the two main contenders, but we'll take a closer look at both of them shortly.