Several years ago, when I was commander of my DAV chapter, we were awarded a special medal of appreciation for our service by a non-profit group who aids veterans. I felt honored to receive the award but slightly embarrassed by the attention as were most of the members in my chapter. But, we smiled politely and accepted the award, complete with the best salute we could manage, and with all the humility we could muster. Afterwards, the presenter, came up to me and wanted to thank me for my service and for being an example of a "true American hero". To be honest, I was taken slightly back; maybe even a little put off by her comment. I smiled and thanked her again for the medal, but politely pointed out that I wasn't a hero. I went on to explain that the bravest---the real heroes---were usually the ones who don't come home. They were the ones who went above and beyond to risk all, not so much for God and Country like in the movies, but for their fellow soldier, shipmate or airman. I doubt any of those mostly young men and women, if they could speak to us now would have ever thought of themselves or their actions as heroic. Real "heroes" are like that. They do the job which needs to be done. That's it. 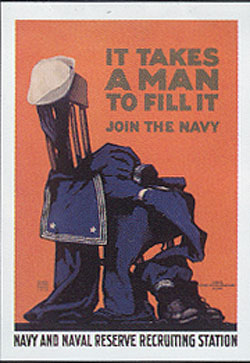 Noting a bit of disappointment in her expression, I pointed out that I have known a few who I would consider heroes who did make it home. I told her about an acquaintance I had the honor to make on my first day at my new duty station, Naval Station Treasure Island, which was located right in the middle of the San Francisco Bay between San Francisco and Oakland. I was asked to escort an older, somewhat rough looking Senior Chief to a special ceremony being held on the Island. There really wasn't anything special about him I thought. He was of medium height and heavy---solid---built with a slight beer belly; tanned with the usual tattoos in his arms. I could tell that he was quite used to giving orders and expecting instant results. I seriously doubt anything less than perfection would earn you a memorable butt chewing. So, while we were waiting (and to break the boredom), I asked the Senior Chief what the ceremony was all about. It turned out that this was his retirement ceremony. He said that as a boy he had always wanted to go to sea, so he had left home at 16 and lied about his age to join the Navy. After completing boot camp, he opted not to go home for his two weeks leave and instead wanted to go on to his first duty station and do some exploring (by that, I assume he wasn't talking about the usual tourist traps and was more interested in the two legged sights). So, off he went. He arrived on base and reported in; being given a billet assignment at one of the transient barracks. After settling in, he said he took a stroll around the base just to get his bearings and then decided to hit the sack after chow and a quick shower. The next morning, he planned to head off into town to start this two week leave. That day was Saturday December 6, 1941. The place was Pearl Harbor, Hawaii. His life, and the lives of countless others would be forever changed just 10 hours later.

Well, obviously he survived and went on to spend the next 30 years in Navy. He was in nearly all the major engagements, and would later be involved in Korea and Vietnam. After his active duty enlistment was up, he was allowed to join the reserves. But as for all sailors, the day came when it was finally time to disembark from his remarkable career, and there was me sitting next to this remarkable gentleman awaiting the signal to escort him into his retirement. That, I said was someone I would define as an American Hero. I went on to point out that our chapter had two individuals who survived the infamous Bataan Death March, and opted to remain in the military. Both would go on to fight in Korea and one fought in Vietnam. Then there was another individual that most people would take little note of. He was slight, about 5'5" and small built and seemed to keep a tan year around. He was always smiling with a slight twinkle in his eye. He spoke with a slight but undistinguishable accent. As a child of about 9 years old, this non descript individual survived a long brutal march, leaving him an orphan along the way, to the Nazi concentration camp of Bergen Bilsen. After the war, he was permitted to leave Germany, and having nowhere to go, was sent by the British to the little island of Cyprus, where, again, he was kept behind a fence and barbed wire while awaiting permission to emigrate to British controlled Palestine. After waiting months, he was finally granted permission. He was placed in local kibbutz where he tended crops and look after the animals. However, as he soon learned, danger was just as likely to be two legged as four. Not only was his kibbutz attacked and sabotaged by Arabs, so were most of the other kibbutz's too. It wasn't uncommon to see the crops destroyed or the animals set free or simply killed. Sadly, it wasn't unusual for one of the kibbutzniks to be shot at or worse. So, even though he was still a young teenager, he joined the underground (and illegal) para-military Haganah. In 1948, he was called upon to fight in Israel's War of Independence (he also drove around Israel's famous first president, David Ben Gurion).

Shortly after the war (and I assume hoping for some stability and peace) he immigrated to the US and became a US Citizen. It wasn't long before he received a certified letter from the government. It was his draft notice. Despite pleading his case, he belonged to Uncle Sam for the next four years and off to Korea he went. Apparently accepting the inevitable, he decided to make it a career. He would go on to do multiple tours of duty in Vietnam and ultimately was given a disability discharge to go with his 20+ years of service. We also had an individual who was awarded a two star Combat Infantry Badge. Prior to serving in Korea and Vietnam, he did a tour of duty at the Nuremburg Trials and would later serve as a guard over former Reich Minster Albert Speer and Rudolf Hess. He too would received a disability discharge as all of us had.

I went on to point out that we had several others who had equally remarkable careers. These are individuals that I regard as heroes. Each were basically unremarkable men who preformed remarkable acts of courage and valor, much to their own surprise. I went on to point out that those who claim to be "heroes" rarely are. They are usually individuals who, for whatever reason, lack that special something that marks a hero, yet crave the recognition and attention. It's like those who dress up as military, usually complete with a chest full of metals, and show up at parades, malls, or other events and pose for pictures or try to get something for nothing (that is, until they get called out by the real deal and then they scurry away like roaches in the light. These individuals cheapen the honor of those earned their ranks and ribbons and should be called out every time). So, after listening to my little spiel, I think they went away a little wiser; at least I hope so. But be that as it may, while you are celebrating your long weekend, the hamburgers and hotdogs, the "adult" beverages, the swimming pools, and everything else that goes with Memorial Day, please take a moment to recall all those who sacrificed their youth, their limbs, their bodies, their minds, and all too often, their lives to make your celebration possible. Share it with your children so they will learn too that with freedom comes responsibility and courage.