Just how far do your property rights extend? We're all familiar with the boundaries of our yard (and how public utilities seem to keep sending us reminders telling us they are responsible only up to a point and then try to sell us insurance to cover any repairs they have to make on our side of the line. You would think that if they installed it, they'd be responsible for it). But, just how far down does the property rights go and more importantly, just how far up do they go?

By now, I'm sure most people have heard the story of homeowner William H. Merideth, of Bullitt County, Kentucky. He recently shot down a drone which had been hovering over his backyard while his two daughters were outside sitting on their backyard deck. Some local homeowners have commented that they too have been targeted by the same drone as they went about their daily business in the---presumed---privacy of their own yards. The local police charged the 47 year old Mr. Merideth with first degree wanton endangerment and first degree criminal mischief (although the drone was over his backyard at the time of the downing), and he a preliminary fine has been accessed in the amount of $1800.00, which just so happens to equal the value of the drone.

The incident happened on July 28, after repeated visits of the unmanned remote craft, fitted with a camera, once again appeared over the property---specifically the backyard which is encompassed by a six foot privacy fence---where the Hillview resident's two daughters had been sitting on the back deck. Despite several attempts to locate the operator or operators failed, the homeowner decided it was time to take matters into his own hands. Apparently other neighbors had complained to local authorities but no one knew what to do or just what, if any, laws were actually being violated; the common perception that if you're outside (and thus in public) an individual could not be expected any degree to privacy though this is a visually secured backyard. Thus, when his daughters alerted their father of the unwelcome visitor, he walked outside with his 12 gauge shotgun and blew it out of the sky; the drone crashed in a nearby field. Shortly thereafter, four individuals, all male, approached the homeowner and demanded to know if he was the one who shot down their drone. Mr. Merideth acknowledged that he was. The four males then started to approach him in what he perceived to be a menacing manner and was advised in no uncertain terms that he would protect himself, his family, and his property. It was at this point that local law enforcement was notified. 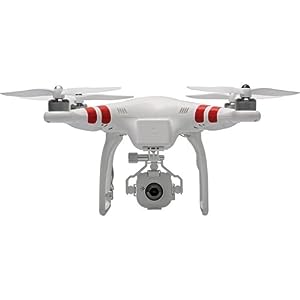 As similar incident happened on November 28, 2014 in Modesto California. In that case, a hexacoptor (a six propeller driven drone) was downed by a local resident (also using a 12 gauge shotgun) who thought the drone was a "CIA surveillance devise" and had been monitoring his activities at home (I suppose there's nothing like a little paranoia to liven up one's life). Evidently, the drone had made several appearances in the neighborhood. The matter was taken to court where the homeowner was found guilty and order to $810.00, the cost of the hexacoptor. As an aside, FAA guidelines state that drone pilots must obtain the permission of homeowners pre-flight before doing any low altitude flyovers. However, the typical response from FAA officials is that while this does apply to drones in general, their primary concern have the larger commercial drones (FAA air space is 500 feet and up) They also have indicated that shooting at unmanned drones posed a greater threat in their opinion. Also, given that the small drone was downed by a shotgun, it has been estimated that the drone were flying at or below 50 feet (the Modesto drone was determined by the court to have been flying at just under 50 feet).

So, what are your rights when it comes to drones and possible voyeurism? The US Constitution, under Articles 1, 4, 9, and the 14 are interpreted as granting a measure of personal privacy against government intrusion, have been upheld by the Supreme Court. Meanwhile, the 1948 Universal Declaration of Human Rights, passed by the United Nations General Assembly, specifically states, under Article 12, that every individual has the right against "...arbitrary interference with his privacy, family, home or correspondence, nor to attacks upon his honor and reputation". Some states also have more specific privacy laws, which fall under the label of tort laws (in this case, property torts). Nevertheless, various rulings by the courts have narrowed down those interpretations when it comes public exposure, such as celebrities or public figures and events. But what about property tort? Property torts usually cover such areas as trespassing or a replevin (property recovery) action, while intentional torts could include assault and battery, infliction of emotional distress. Other types of torts would be negligence such as malpractice, and dignitary torts like invasion of privacy, defamation of character, breach of promise or malicious prosecution. Lastly, you have a tort, known under various names, but commonly referred to Duty to Visitors. This particular tort covers trespassing and the attractive nuisance doctrine (which has nothing to do with how svelte your neighbor looks, but actually pertains to objects that may attract kids such as unsecured pools or trampolines). So, as you will note, there are several possible tort actions the homeowner have cite as a defense. However, the drone was not technically "own" his property though one could argue that possibly being watched (or recorded) inflected some sort of emotional distress along with other defenses.

There was an old saying, based on a Latin phrase which basically said that one's ownership of property of land extended to the heavens and to the depths of hell. However, relatively recent court rulings nixed that definition. The Supreme Court decided in 1946 (United States vs. Causby) that you, as an individual, control only the amount of air space as you can occupy and that airspace was essentially free flowing and, therefore, public (at least at 500 feet and above). Meanwhile, the courts tended to agree that property owners owned the subsurface of their property down to a "reasonable" depth, which has usually been defined at around 100 feet. However, there are a number of laws by federal, state, and local jurisdictions wherein the government may actually retain certain ownership of the subsurface, especially when oil, gas, or certain minerals are involved, including the right of access. I suppose J Paul Getty was right when he said "The meek may inherit the earth but not necessarily the mineral rights".

So, what do you think? What would you do if there was a drone hovering over your property? Would you ignore it? Watch or record it? Call the police? Or would you treat it a skeet? What if it's a drone being used by the police, EMS, or fire department (these will typically larger than the one downed here). What if the drone performs low altitude flights and appears to watching or filming you or your family or even trying to peer in your house or garage? At what point does this become a privacy issue? We live in a post-democratic-republican society where the rules haven't jelled yet. We are an oligarchy and a neo-police state where surveillance, not just by the government, but commonly by corporations and even society itself are the norm. Millennials, now our largest voting bloc, routinely rate privacy low or unimportant on poll after poll. Personally, if I see a drone flying hovering over my property with clearly identifiable markings indicating police or other first responder, I'm going to assume it's there looking for something, but not if it's there repeatedly. However, if it's a small unidentified craft and it remains hovering for more than a minute or so over my property, I must assume its intent is at least questionable, perhaps even criminal, at which point I will likely put my marksman skills to good use (plus I would like to make sure taxpayers get their money's worth out of my training).

While Mr. Merideth may have been charged with two first degree felonies, I don't see it sticking, but then again, given the low priority placed on privacy by the courts these days, I could easily be wrong. Regardless, I suspect he will be ordered to pay for drone. Nevertheless, there is a company called "NoFlyZone.org" (contact information below) which indicates it will register your property free of charge to prevent unsanctioned drone flyovers. You may want to check them out. Meanwhile, if you're charged with shooting down five or more drones, does anyone know if you get to be credited as an ace? I think I would look good wearing a "Blue Max"!

Do You Own the Space Above Your house?
http://mentalfloss.com/article/31018/do-you-own-space-above-your-house

Feds: Privacy Does not Exist in 'Public Places'
http://www.wired.com/2010/09/public-privacy/

When the Fourth Amendment Applies
http://criminal.findlaw.com/criminal-rights/when-the-fourth-amendment-applies.html