Is there a Doctor in the House? No Seriously....Is there?

It's amazing how something so simple as finding a physician can suddenly become so difficult. As I'm sure all the regular readers of A/O know, I've been having an ongoing series of problems with the insurance assigned to us by Kynect, the Kentucky healthcare exchange which was modeled after Obamacare. Supposedly, Kynect was going to make our lives so much more easier when it came to getting insurance. It was supposed to evaluate our healthcare needs, income levels, and provide a list of potential plans to select from. In some instances, it also picks up partial coverage. After a pretty rough start (I had initially applied in August 2013 but didn't get coverage until April 2014), I was pretty pleased with the coverage. Kynect picked up a portion of the premium while we paid for the rest. The quality was good and there were no problems with our doctors or prescriptions. By the end of 2014, I started receiving notices that my coverage would soon be changing. Puzzled, I contacted the insurance company. They assured me that my coverage remained the same, although the name of the plan was changing, that was all and I should ignore the notices, which I did. However, I received a second and then a third notice. I contacted the insurance carrier again and got the same response. I decided to contact Kynect this time.

Well, it turned out that Kynect was changing my coverage and my insurance provider...effective March 2015. "Why?" I asked. Because there had been a change in their income formulation. I advised the "navigator", as Kynect likes to call its customer service folks, that nothing had changed on my part. However, the change in calculation was on their end and as a result, I couldn't keep my current provider. Needless to say, I wasn't happy. At that point, I was transferred to a new department; one in which I would have to deal with from here on out. 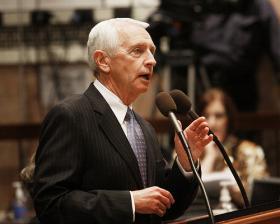 While I found the individuals at Kynect to be polite and somewhat helpful, they maintained that their hands were tied and there was nothing they could do. I had the choice of accepting the new provider they assigned or pay full price for coverage on the open market, which, they said, would be in the neighborhood of about $2500.00 per month (an awfully expensive neighborhood I thought to myself). However, on the upside (as if this was actually an "upside), I could still pay for any office visits if my doctor didn't accept the insurance; they would still pay for any lab work or x-rays.

Well, as it turned out, I had a upcoming visit to my primary doctor of 32 years for my annual physical in a few weeks so I decided to wait and see what happens. After all, I had been told there wouldn't be any problems and I would lose my primary doctor. When I showed up, I was told they no longer accepted my insurance provider effective the first of January. Not a problem I thought. I told the receptionist that I would go ahead and pay cash for the visit. "Sorry, but you can't do that" she said. She went on to tell me that under this policy, it was either accepted or I walk. I was not allowed to pay cash, check, or even credit card for the office visit. To do so, I was further informed, would be considered "fraud". WTH? So, I left feeling slightly embarrassed and more than a little flustered. Because of a change in policy calculation that I neither had anything to do with or knew about, I lost the insurance policy I liked and in the process my primary doctor of 32 years, and, oh by the way, what about my prescriptions? After I got home, I called Kynect to vent. I was told there was nothing they could do and it was suggested I call the new insurance provider, which I did. I explained the situation to that first poor soul who had the misfortune to get my call. Despite the continuous "I'm sorry" which I concluded was written into a script somewhere to sound sympathetic, there was nothing she could do. So, once again, I was transferred to another department which was a near carbon copy of the first. Finally, I managed to work my way up the food chain, where I was told I could submit a "Continuation of Patient Care" form if I wanted to. Seriously? Hell yeah I wanted too! After completing the process with my newly found best friend, I was warned that this review process could take up to 7 to 10 days and I should be patient (little did she know!).

The 10 days came and went without a word, so once more I was on the phone. I called everyday for almost two weeks beyond their 10 day cutoff date. Finally, I heard back. I was told that they wouldn't allow me to keep my primary doctor. I had previously stressed that not only was this my doctor of 32 years, he's also a subspecialist and as far as I knew, the only one around! While my now former bestie went on to repeatedly apologize, she managed to work in that there were no appeals, but they would be happy to help me find a new doctor. Really? Someone who is a subspecialist? Well, no I was told, but they may be just as good! It was at that point I started to wonder just how bad prison food really was.

Well, to make a much longer story more manageable, I've called some 24 doctors now and there's been no takers. The first six were GPs (which I didn't need or want). Most of the doctors weren't accepting new patients; some acknowledged up front they couldn't treat me; and the rest were a hodgepodge of winding down their practice, not being able to understand them or their staff, and one who had been repeatedly cited by the Kentucky Medical Board. Where are the doctors? What good does it do me to have insurance but no doctors? Is the game now to find competent care? Am I going to have this same problem with hospitals or outpatient care? Sigh. So, I called the insurance company again and as usual, had to bring ever-changing customer service rep up-to-date (she also put me on hold for about 10 minutes while she read the notes on my case. I chuckled to myself as I envisioned her cursing her bad luck).

When she returned and after the obligatory "I'm sorry for the problems you've encountered", we got down to business. I told her that I needed more doctors. She suggested that I give her the names of those I called; it might make things go a little faster. I was again given six more names (and with each their names got more difficult to pronounce). She then asked me how I was doing on my prescriptions. I acknowledged that I was getting low. She asked what I was taking, which I happily provided. She then put me on hold while she spoke with their in-house pharmacy. While I was on hold, I blissfully thought to myself that maybe, just maybe, they could help me with this problem resolved (such are the straws of desperation made of).

When she came back (and apologized again), our conversation began anew. First, she read back to me each of prescriptions, milligrams, and frequency I was taking them (oh boy I thought, maybe the gray clouds were finally clearing). I dutifully confirmed each one and what they were for and for how long I've taken each. After we completed the inventory process, she started reading back each one from the top then informed me that I would need to get a new prescription from your doctor. Huh? "I have to get new prescriptions?" I asked. "Yes" she said. "I don't have a primary doctor" I said. "How did you get the medication?" she asked. "From my primary doctor". "You just said you didn't have a primary doctor" she said. "I don't know. You all won't let me see him any longer". "Why?" she asked. "Because he doesn't accept your insurance " I explained. "Then you can't see him". "I know" I said, "and I can't pay cash for the office visit right?". "Under our policy, you can't pay cash for the office visit. It would be considered fraud". "I know" I said. "So, how do I get my prescriptions refilled?" I asked. "From your doctor". "But he doesn't accept your insurance" I said. "Then you

As for one prescription in particular, she said the doctor would need to call and get permission to write the prescription first. "Why?" I asked. "Because of the nature of the medication". "But I've been taking it for close to 10 years and it's the only thing we found that works" I said. "Would you like to speak with our in-house nurses?" she asked. "Why?" "So they can explain your medications to you" she answered. "You mean the medication I've been taking for 10 years or the other medications I've been taking for the last 15 or so years?". "Yes sir, those". I politely explained that I most likely know more about my medications than their in-house nurses. "If I did, can they refill them?" I asked. "No sir, you have to see your doctor for that" in perfect monotone. Then it dawned on me. Those weren't gray clouds over my head. They were pigeons.